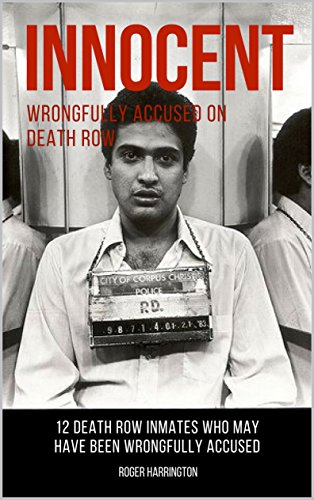 I really think highly of LinkedIn. It has changed the face of networking on this planet. I think the people at LinkedIn do a great job. I have used the Groups on LinkedIn to help with my SEO and it has proven to be a wonderful addition to my marketing. I am a rough diamond gemologist and LinkedIn has made it possible for me to communicate all over the world. I have received a number of assignments from companies who have read my articles on LinkedIn and who also viewed my profile on LinkedIn.

The greatness and professionalism of this company is why I am shocked by what has happened to me yesterday on a LinkedIn Group. As I said, I write articles on gemology and rough diamond related subjects and post them on LinkedIn Groups, Yesterday, there was a discussion started by a man named Peter Tucker of Lancing Michigan, he attacked me viciously and accused me of being a thief and of plagiarism. He made vile comments and used profanity and made fun of my name and where I live. I immediately responded to defend myself, but my comments would not post. I repeatedly tried to post a rebuttal without success. In addition, I tried to flag the conversations, and again it would not let me flag them.

Interestingly enough, another gentleman, read Mr.Tucker’s post on me and challenged Mr.Tucker. Mr.Tucker aggressively attacked this gentleman for defending me. In addition, he also ridiculed this man. It seems Mr.Tucker is a highly disturbed by me and my defender. Besides the craziness of Mr. Tuckers comments, it was strange because the back and forth comments of my defender, and Mr. Tucker, were posted immediately, yet none of my comments would show up at all on the site..

Here is a fight going on about me, and I could not join in! After my repeated failures at responding to Mr.Tucker’s attacks, I placed a complaint with LinkedIn and also determined who was responsible for the Dziner group site where the attacks occurred I wrote to them asking them to take immediate action. Two days have gone by, and the sight has done nothing to remove this slander and actually highlights it as being the most popular discussion on their site.

I find it remarkable that they would allow vicious slander and profanity on a professional networking site. This is especially strange because when you post a discussion, it will only post the discussion after review by the sight managers. This means that someone saw this slanderous article and the subsequent rantings of Mr.Tucker and approved its publication on their site. At the same time, whoever overseas the sight refuses to let my defense of my honor and integrity be put forward. This site has more than 3600 members, for two days 3600 people have been told that I am a thief and guilty of plagiarism.

Perhaps LinkedIn’s lack of response to this outrage can be excused because it happened on Sunday and today is President’s day. However, the group sight owners are in India and there is no holiday there today. I have written to them repeatedly and have received no return calls, emails or any other communications. Finally today, the site let me flag the conversations, yet no action as of yet has been taken to take down the attack.

I have 38 years in the diamond business with an excellent reputation. It takes a lifetime to build your reputation, and only 5 minutes to destroy it. How can LinkedIn not have a system to stop unjust character assassination? How could this site allow slander and profanity to remain on their site for days? It appears the lights are on, but nobody is home. The only good point I have found in this situation, is that it has brought to the forefront a dilemma for LinkedIn and other social/business sites; How to protect their clients from unjustified attacks and still maintain an open system?

I hope someone from the Dziner site and from LinkedIn takes care of this problem soon, that or some smart lawyer calls me and tells me he wants to go after Mr.Tucker and the Dziner Group on a contingency basis for the damage they have inflicted upon me.

To View My Articles That I Have Written Without Plagiarism: Dirt To Dollars