Firefighters respond to structure fires all the time. These fires present challenges to the fine men and women of the fire service but sometimes a simple structure fire is not what it seems. Sometimes that house did not catch fire by some accidental smoking mistake, or some cooking accident. Sometimes the dog did not knock a heater over. Sometimes that structure was intentionally set.

Why? There are several reasons why a house may be set on fire. Arson, insurance fraud, or even to cover up a murder. These reasons can always be a concern when we drive up to the scene. It is partly our jobs to look for signs that something just isn't right at the fire we are attending. This task can be as simple as seeing a strange person leaving the scene or as complex as locating a chemical trailer within the structure itself.

As firefighters we must be able to make judgements based on what we notice. Our senses become our most valuable tools. I have read to many case files where firefighters have made entry into the house just to fall through the floor into a flaming basement or have opened a door to find the room covered in gasoline containers. We have to recognize the signs that are available to us to know when a situation like this may be present.

Remember if a person set a house on fire to gain financial stability, hide a crime or just because they want to watch it burn, they are not going to care one bit to hurt you, the firefighter who is trying to subside their work.

Arson Fire Are No Joke

As you pull into the scene you need to start making some observations. Are there any people around the scene who just look like they do not belong there. One thing I look for is familiar faces. If I see the same person at three or four fires I start t get really weary of that person. Look for people who are either A way to eager to be near a fire or B. acting like they could care less.

As you arrive take note of the surroundings. Where there obstacles that prevented you from getting to the scene. Maybe some garbage and debris in the driveway or the road near the scene of the fire. Did the home have a fence that was locked when usually the lock is left off? These can all be indicators of arson or insurance fraud fires.

Look at the people inside. If Miss Adams is standing there in a dress with boots on and it's three in the morning than you should be keys in that something ain't right. Take note of things like if the family cars seem to be loaded or if the family have managed to get out all the vital paperwork and things. Fires spark panic and it is highly unlikely that a person would have the mindset to gather all of their belongings. 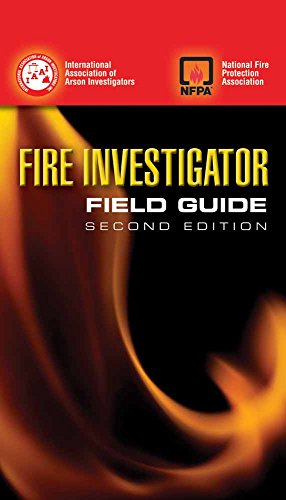 The size up is a vital feature of all fire scene operations. During the size-up we have ample opportunity to discover any indications that the scene we are currently on may be more than just an accidental fire.

Look for things that just seem to be out of place. Gas cans lying around, especially large amounts of gas cans can be a surefire bet that arson may have played a part in the fire. Look for windows that have been busted to the inside of the house. This might be a means of entry for a burglar or someone who is seeking to cover up a crime. I must also express that I have seen windows busted from the outside to simulate entry when in reality the home owner was involved in insurance fraud.

During size-up operations we can locate many things that can help us to bring the scene to a safe close.

Look for the signs

Once inside look for tell tale signs of arson or the like. Are there trailers such as paper or clothing going through the structure allowing for the fire to spread much faster than usual? This is a very keen indicator that the fire was intentionally set. You also need to look at the possibility of chemical trailers and pour patterns. This is an good sign that some accelerant was used in the fire.

Also while you are inside you want to take note of the furniture. Is it up to date and is it what would be expected inside a home of the nature you are in? If you enter the home of a well off family and find an old floor model TV and some old wicker furniture you might want to be cautious. This could mean the real furniture and electronics have been moved and replaced with junk.

Take notice. If you are in a home and you see no pictures than this could be a warning that the fire was set for some reason and you might be at more of a risk than usual. Also be wise of the surroundings. Look for intentional traps. Is there gas cans in the structure? Have you found bottles containing fuels? These things need to be noted and reported to the incident commander.

Always check before you proceed. You never know when the floor may have been cut or a wall weakened for the soul purpose of preventing firefighters from combating the flames.

As firefighters we are faced everyday with situations that normal people just don't go running into. We are a different breed. When we are face to face with fires that have been set for monetary, or criminal reasons we are put in a much more dangerous state than when we are responding to a typical house or structure fire.

We must be more alert and ready to react to a quicker fire that is more likely to change then we usually see. It is our responsibility to protect people and property but we must first protect ourselves. This means we must pay attention to any signs that we are dealing with a fire that may be set with intentions to finish burning. Learn from the past for survival in the future.