Overview of Key Elements of the Case of Lincoln Electric

The key elements of the Lincoln Electric Human Resources Management (HRM) case study are several. First, Lincoln electric established consistent HRM policies to build trust. This has been true since inception. This long history promotes confidence in employees and surety of future reward. Workers average $17,600 per year on standard 32 hour work weeks. They are able to earn about this same amount again in bonuses. This system creates high productivity. Lincoln Electric operates on a system of equality, cooperation, and need. Each employee is given the same number of hours as others. When business slows, all workers reduce hours equally. When overtime is needed, this workload is also distributed without favor to the workers.

Today, Lincoln Electric is the largest manufacturer of welding equipment. Lincoln Electric sells a wide range of products from common stick welders to specialty plasma welders. Lincoln Electric successfully expanded internationally before 1955 into England, Australia, and France. It took this powerful HRM model into each of those nations. In the 1980’s, Lincoln Electric moved to expand simultaneously into several more nations. Funds equivalent to nearly half annual production went into the expansion. Results returned contrary to expectations.

A new CEO backtracked and sold off some of the investments. After careful analysis, a wider, locally responsive HRM model was developed. This new model was deployed with a renewed international expansion effort. Today, Lincoln Electric maintains 35 manufacturing facilities in 17 nations.

Why is Lincoln Electric So Successful in the United States? Role of HRM Practices

Lincoln Electric enjoys great success in the United States. The reward systems, people resourcing, and HRM models promote their success. The high bonus potential increases productivity and employee loyalty. Costs of hiring and firing are nearly eliminated; employees willingly reduce hours when need arises and work overtime when there is need for increased production. Lincoln Electric utilizes a greater brain trust. Regular meetings with workers, convened every “two to five weeks” (Stropki, 2010) purpose to focus on company improvement. At these meetings, employees are able to broach any production issue or worker grievance. This improves the company culture. Further, this employee participation makes the company locally responsive by mining worker’s direct production knowledge. The culture is additionally enriched by harvesting input from the open market.

Part of the investment of the workers is their own input. When workers have a say in goal setting and policy, they work much harder, and for much greater duration, than employees who simply receive goals and targets by direction from upper management. Additionally, one of the rewards of effort is image. Lincoln Electric's proud heritage extends fully to the workers. CEO, chairman, and president of the company, John M. Stropki, gave credit to the employees in his August, 2010 television interview with Liz Claman on Fox Business. This creates a corporate culture of worth in employees, and a sense of pride. This pride has real value and comprises part of the “benefit” package at Lincoln Electric. 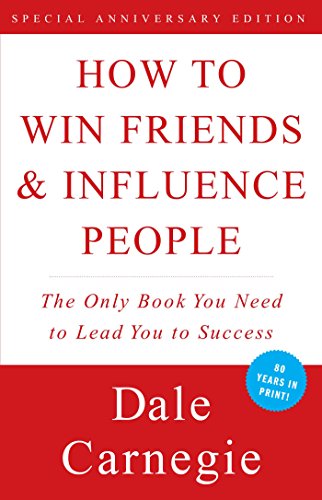 How to Win Friends & Influence People
One of the most iconic business leadership books of all time. As a small businessman, I benefited many times from the wisdom shared in this book. Highly recommended for students and business leaders.
Buy Now

Introducing the same system in China should only be employed following careful analysis and planning for initial, short-term modifications. A key element of the reward bonus system is trust. In China, trust between the common worker and people in power falls far short of the trust a citizen of the United States has for those who sign paychecks. In the U.S., workers trust in a history of Judeo-Christian morality and in the powerful American Judicial system to ensure contract and promise fulfillment. Additionally, Asian culture is very group oriented and compliant. The individual is less likely to labor assiduously for self. Compliance means not likely to speak out- this will reduce the potency and effectiveness of regular meetings between management and workers. Third, Asians are less future-oriented than the Judeo-Christian oriented culture of North America. Dominant religious thought leans toward ideas of Islam and Buddhism. These cultures believe in fate. A Muslim driver, whose children stood up in the back seat as he sped at 75 miles per hour said, “If it is Allah’s will that we should die, die we will. We cannot overcome the will of Allah.” This aspect of thought makes Chinese less likely to work as hard as Americans for future bonuses.

Additionally, part of the motivation for the American workers is that the base pay fails to earn them the (legally defined) poverty level income. They require the bonus monies to make a decent salary. In China, food forms a major portion of living expenses. Chinese people require more regular pay and more of their pay regularly. They need their money to purchase food each day, a customary practice in the majority of world cultures.

Lincoln Electric Should Introduce Its HRM Practices into China

The Lincoln HRM policy should be introduced into China. But, some modifications are necessary. First, bonuses must be paid more frequently. Frequent payments will more quickly demonstrate to Chinese workers they can trust management and the delayed rewards program. Second, workers familiar with the reward program and corporate policy should be brought to new Chinese plants to demonstrate and teach corporate culture and high productivity practices. Third, management-employee meetings should initially be more frequent. Suggestions should be implemented quickly in order to create openness and trust. Fourth, as with all workers who do not perform well for future bonuses, material rewards do work. So, part of the reward package should include material items like microwaves, cell phones, or even vacation trips to Ohio headquarters in Cleveland.

When Lincoln Electric expands into China, they should implement their existing compensation system. However, initial modifications will reduce the risk of rejection. Trust must be established early. The success of Lincoln in international expansion in the last two decades will make an expansion into China a likely success- and more so with careful analysis of Chinese culture.

Which do you feel is most important in international expansion, with regards to HRM?

It is easy to make money with hubpages. My old college essays are earning me money. You can join me for some easy extra pocket money, maybe even a car payment if you want to keep writing (about whatever you want, as long as people will read it!).

How to make money writing online

Click the link to learn a little more about earning money online.