Oil and Gas in Midland, Texas 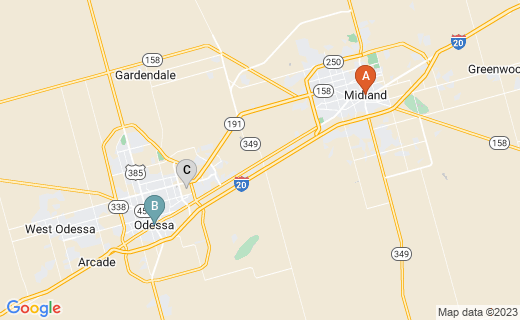 Other High Demand Jobs in the metro area include:

The job listings in this list are the most-frequently listed jobs in the Midland-Odessa area.

Bold print jobs match the government projections offered above. Sales and management are the two largest fields in which jobs are available during summers.

Employers Listing the Most Jobs 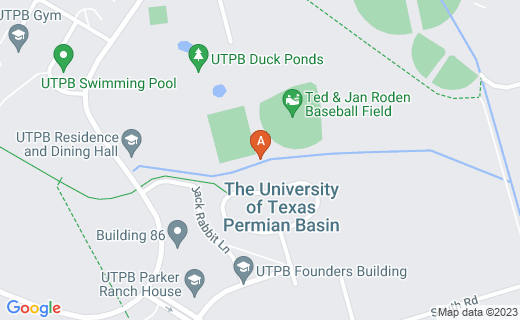 The University of Texas of the Permian Basin is named for the geological basin underneath it and has branches in both Midland and Odessa. Founded in 1973, it enrolls over 5,100 students yearly in semester courses and is ranked Number 93 in the 2017 edition of Best Colleges is Regional Universities West. Further, US News and World Report ranks it at Number 37 Public School (college or university) in America.

This university continues to grow in the 2010s in light of a Texas oil boom in the Permian Basin such that additional workers are needed and must first be trained, particularly engineers and technicians. The school also has a new Science and Technology Center to handle not only training in oil and gas operations, but also aerospace projects, and computer science.

Other regional colleges include: 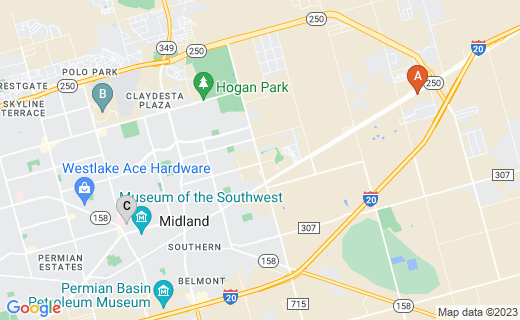 Midland is equidistant from El Paso and Fort Worth, Texas, hence the name that indicates the mid-way point means "land in the middle."

Combined with Odessa about 19 miles away, the two cities make up the Odessa-Midland Metro Area over the Permian Basin, where oil deposits flourish.

About 700 companies around Midland have dealt in oil and the processing of petroleum successfully. Jobs are open in these companies and inrelated industries, listed under Crude Oil & Natural Gas Extraction in want ads.

Midland Spaceport Over the Midland Basin 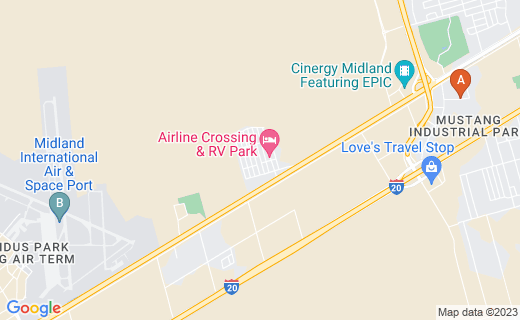 The Permian Basin runs beneath Midland, Odessa, and many other cities in West Central Texas. A combination of smaller basins containing rocks from the Permian Era, Midland Basin is the largest such component and the Mid-Continent Oil Producing Area is located in much of the larger basin as a whole, led by Midland and Odessa oil and gas operations.

In 2006, CNNMoney.com compared Midland with the Top 10 Best Places to Live in the USA at that time. CNN found that Midland's Job growth between 2000 - 2005 was nearly 11% and 75% of residents had a health care coverage plan.

These results were similar to the Top 10 Cities on average. One major difference was that the Cardiac Mortality Index (a measure of death from heart related problems) in Midland was 499+ per hundred thousand people, compared to just 202 per hundred-thousand average for all of the Top 10 Best Places taken together.

Heart Health and health insurance were targeted as areas for focused improvement and have come under scrutiny by Midland County officials and planning groups.

Midland Basin is subdivided is made up of four formations of laminated siltstone and sandstone, illustrated below.

W Biopic and Other Films

Midland, Texas is the boyhood home after his birth in Connecticut of former President George W. Bush, the first president of the 21st century. The city figures importantly in the Oliver Stone film called "W."

The film contains a lot of action and controversy that keeps people talking about Republicans and Democrats.

How did Bush go from an alcoholic bum to the most powerful figure in the world?

Some Films and Series About Texas Oil

Oil in America has created controversy in the past long before today's generations have thought it occurred. The earliest I have found was in 1900 (see below). This list in not all inclusive, but is interesting in its variety and timeline.

Interesting Link: Some Political Contributions Made by Texans