MONOPOLY AND SOURCES OF MONOPOLY POWER

Monopoly is a market structure that exists when there is a single producer or seller of a commodity that has no close substitutes. In fact monopoly exists when an industry is in the hands of one producer. In the case of perfect competition, there are so many individual producers that no one of them has any power whatsoever over the market. A monopolist on the other hand has power to influence the market price. Since the monopolist is the only producer of its product within its area of operation, it faces the market demand curve which slopes downwards from left to right. For this reason, the monopolist has control over either price or output but not both at the same time in the sense that if the monopolist fixes the price, the consumer determines what quantity to buy. If the monopolist produces and supplies a certain quantity, the consumers demand determines the price at which that quantity can be sold (through the consumers’ demand). Whereas the firm selling in a perfectly competitive market is a price-taker, a monopoly firm is a price-setter.

A monopolist is a sole supplier of a good for which no close substitutes exist, and can exclude competitors. The monopolist’s control over the supply of a commodity may be either in its production or sale. The conditions that make monopoly possible are the sources of its power. These are:-

When a producer has control over the source of raw material or owns the raw materials used to produce a particular commodity, other competitors cannot have access to it. This means the owner of the raw material can use it in production to enjoy monopoly power. A similar product can therefore not be produced to compete with the monopolist.

These are of two forms:

This is the type of monopoly which is instituted by an Act of Parliament in democratic states. Providers of utility services such as water and electricity are usually statutory monopolies. The government regulates such companies by controlling the prices they are allowed to charge. The government may also choose to supply the commodity involved by itself. With the establishment of such monopolies, competition is eliminated sectors. This is to avoid efforts being duplicated as this could lead to scarce resources being wasted.

b. Patent right and copyright

This is another type of legal monopoly. When a firm invents in a technique of producing a product, the patent law gives that inventor exclusive control in the use of the invented means of production. This makes competition virtually impossible because no other person or group of people can use this means of production. Production will therefore be restricted and the inventor enjoys monopoly power. A copyright may be given to authors and musicians to protect them from having their work copied by other people.

Firms may sometimes decide to come together to form a stronger unified force, so that the reaping of supernormal profit becomes much easier than when they compete among themselves. Firm sometimes enter into collusion this way in order to drive away potential competitors. In this regard, a strong monopoly is formed that can determine the price and output of the product. For example the main oil- producing nations belong to OPEC – Organization of Petroleum Exporting Countries, who decides the price of oil, due to the monopoly power it has in the supply of oil. Between 1973 and 1974, the organization increased price of oil from $2.90 to $9.00 per barrel. There was another sharp increase between 1978 and 1980 from $12 to $30 per barrel.

Monopolies may also arise because of economies of scale. The established firms may retain a monopoly through a cost advantage because it can produce at a lower cost than any other smaller potential competitor could.

A market franchise is a right granted a business firm by a governmental unit to produce or market a particular commodity with an instituted trade mark. The firm must submit to the governmental unit so that it controls certain aspect of the firms’ market operations. The franchise enables the firm to become a monopolist, as it becomes the single producer or distributor of the commodity within its area of operation.

Where there is need for an exclusive technology to be able to produce a particular commodity, only firms with the know-how can engage in the production of such a good. For example only a few firms have the technology to manufacture aircraft in the world. Sometimes monopoly power is enjoyed by already established firms because the capital requirement in setting up the industry is huge. This makes it almost impossible for potential competitors to obtain the needed capital to invest in similar type of business. 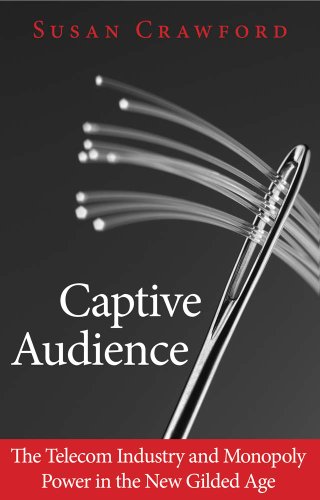