On July 1, 2009, 134,000 jobs were listed on all Internet job related sites for New York City and its 5 Burroughs. By the end of November 2013, this number had increased to over 434,500 advertised positions. In May-June 2015, the number of listings held stead at 420,000+ openings and the Hudson Yards Project on the West Side of Manhattan began to produce new jobs.

Under the NYC recovery projects, the number of rides at Coney Island - already in a Business Enterprise Zone for development - also increased. Four new rides, including the first new coaster since the 1920s, opened in May 2011. Attendance at the amusement park through 2015 has remained higher than previously. 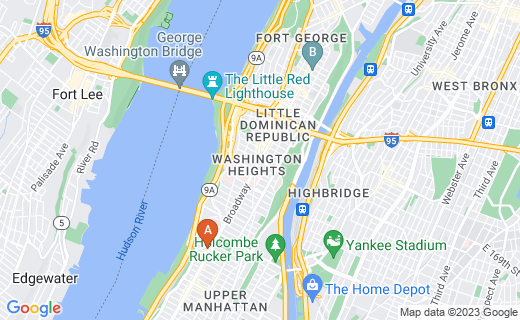 Sandy: The Jersey Shore in the Eye of the Storm
Buy Now

Companies Listing the Most Jobs

Coney Island and Other Construction Jobs

The NY Recovery Zone Facility Bond Program will give Financial Aid of a sort to Business and Industry, much of it in cost reduction incentives like triple-tax-exemptions. Any related projects that do not qualify for traditional standard business financing because of the Recession of 2008 - 2010 can receive these funds. This could include severak office buildings, industrial plants, and retail shopping centers.

The overseer of the Recovery Zone is the NYC Economic Development Corporation (EDC), which will administer ever $200,000,000 received from the American Recovery and Reinvestment Act (ARRA).

Recovery Zones are located in Downtown Brooklyn, the Far West Side, Long Island City, and the East River Science Park, among other sites, especailly those added in 2013. "Recover New York" maps are located at this lnk: NYC Recovery Zones.

Coney Island waterfront projects make a huge installation. Over 50,000 low-to-middle income people live in this area. The Recover New York projects associated with this historic area will increase jobs, business, and new homes and include

For those that remember or have heard of the old Coney Island, with its Steeplechase Park, Dreamland, and Luna Park, this reconstruction and improvement will be a real treat. Read about old Luna Park and its millions of lights at LUNA PARK - A Tribute to Light.

Mayor Bloomberg's administration will rezone 19 blocks of the Coney Island waterfront. This will clear the way for construction of apartment towers and high rise hotels nearly 30 stories tall. A redevelopment plan was accepted and put into action beginning June 17, 2009. In it,the Coney Island amusement would receive many new rides. However, the Historic Landmarks, Cyclone Roller Coaster and Wonder Wheel, will remain continue to be preserved.

Other Projects Under "Recover New York"

The Kid of Coney Island: Fred Thompson and the Rise of American Amusements
Buy Now

The related job titles advertised in the largest numbers are:

Keep up-to-date daily on the news surrounding the Recover New York projects. Construction will likely be the first to expand, provide the buildings that will house new businesses and provide new permanent jobs by the 1000s.

Online, read Google News and Yahoo/HotJobs and set up news alerts of new jobs to go to your email or online reader application. Look at Simplyhired.com and Craigslist every day, and watch news shows online and in the NYC area on television.