This is the fourth of this Series spotlighting Philippine TV Commercials and the fifth if you include the initial article introduction into Filipino TV Ads.

As I have mentioned in all the previous articles, you would learn a lot about a people just by watching their TV ads.

Now I pray that  we are all familiar with the Close-up brand of toothpaste. And if you are then you would remember most of them as being romantic and amorous.

And I know for a fact that like the Spanish people and like the Hispanics, the Filipinos are of the same sentimental and passionate nature.

And you would know because of their music, their love songs, their dances, and their people/ One would be lost and never be found within that Spanish Triangle.

Now imagine this only two or three generations ago, a young Filipino male who wish to let the girl he is interested in getting to know a little bit more know his intentions for her, he and a group of loyal friends would have to go visit the young girls home at night, stand at the young lady’s bedroom window. And someone would play a musical instrument or two. And the young Filipino Valentino would start to sing his heart out hoping to catch at least a glimpse of her love interest.

And here is normally the song that they would start to play and sing, in English the chorus would translate to (if I got it right):

Please look outside your window my chosen one

To the one speaking

Even just a mere glimpse will do

Now please don’t tell me to translate all that into English, as there are Tagalog words in there that any normal 20 something Filipino of today haven’t heard of in his life. And besides, just coming up with those three phrases took me forever.

Now, after tackling the serenading part (“harana” in Tagalog), if the young girl and her family are in favor of moving this sought-after relationship forward, then the young male will get to second base, “pamamanhikan”.

This stage is where he will be tasked to work in and around the household of the young girl’s family to earn not only the girl’s and her family’s trust but also to show his intentions are pure and real. And yes, all these just to be near or maybe just to catch a glimpse or spend a few moments with the one he loves.

Now if he successfully passes this stage then he can look forward to really spending some real quality time with the apple of his eyes.

Yes, totally unlike the hooking up, the speed dating, the web match making, the blind dates and the one night stands of today.

What's This Got To Do With Close-Up Commercials?

Okay if you are as impatient as I am and if you are ready, let’s go down memory lane and get to see the earliest Philippine Close-Up Commercial I could find online.

From 1990, This is the Original Closer You And I Close-Up Commercial (sorry for the bad video/audio) sang by Gino Padilla and featuring Precious Hipolito, Raya Roa and Raffy Ladao.

The Closer To You

Now, I understand they have revived this particular commercial as they came up with a new version with Philippine Young Movie Stars, Kim Chiu and Gerald Anderson and the same song as now interpreted by the band Sponge Cola. Of course all this is aimed for the new generation who probably have no idea who Gino, Precious, Raya and Raffy was.

But anyway, I wanted to grab a few Close-up commercials earlier than that, especially the ones that made or started the careers of some the biggest names in Philippine Show Business. But I guess, they haven’t been uploaded into the web yet.

Back in day, many Filipinos watch these Close-up Commercials like a hawk because normally it was a great privilege to be a Filipino Close-up Commercial Model as for the most part, not only have you that great Close-up smile but you also have the great overall personality enough to land you a movie role and be a big name in Philippine Movies. And so to be a Close-up Endorser back in the day was a huge thing.

Moving along, we jump to the 2003 and catch this one of Actors, Sam Milby and Denise Laurel

And in case you’re wondering what the heck this is about, here is what I found out about it.

In 2004, the Philippines attempted to break the previous mass-kissing record of 4,445 couples in Chile. And Close-up came up with a plan to get more couple to do just that and on the eve of Valentine’s Day 2004, a total of 5,347 pairs crowded Baywalk at the world famous Roxas Boulevard in Manila. And they took home the world record.

The following year, the second Lovapalooza was held. But Hungary grabbed the world record away from them as 5,875 couples kissed simultaneously at the Elisabeth Bridge in Budapest, three months later in June of 2005.

February of 2006, the third Lovapalooza was held, only it is much much bigger than the previous two. Aside from trying for the kissing record, this event highlighted live performances of popular Philippine bands and television and movie celebrities. Unfortunately, the Hungarian world record was not broken. And this was probably due to pressure coming from the powerful and still influential Philippine Roman Catholic Church who did not really agree with all this public display of emotion.

Anyway pressure or not, in 2007, the simultaneous 10-second kissing of 6,124 couples in an open lot of the SM Mall of Asia (the third largest mall in the world) reclaimed the Guinness Book of World Record title for the Philippines.

2008, marked the fourth year for this now annual Valentine event, and that year it was dubbed “Lovapalooza Frost Fest”.

Here are videos from the Lovapalooza Series of Commercials:

2006 with Heart Evangelista and John Prats

2009 with KC Concepcion and Daniel Matsunaga

Now I am sure that this article will be an ongoing project as I will try to put in the holes in the years if not the decades of Philippine Close-Up Commercials that are still missing.

And so please bookmark to comeback from time to time.

I’ll leave you with an intro and the commercial from Gino Padilla, the singer of the Closer To You song of the first Close-up video. And yes, love songs, ballads to rock, name it and Filipinos will sing it--karaoke anyone? 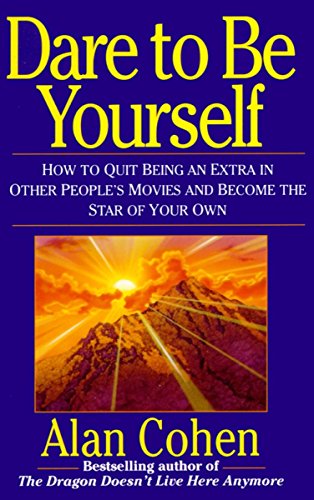 Dare to Be Yourself: How to Quit Being an Extra in Other Peoples Movies and Become the Star of Your Own
Buy Now

A new approach to acting and modeling: How you can be a professional model and TV commercial actor or actress in or near your own home town
Buy Now