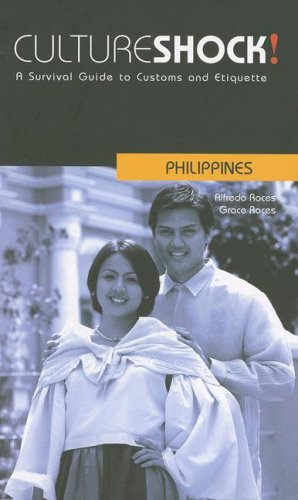 Learning About A Culture Through Their TV Commercials

Did you know that you can learn a lot about people from their TV Commercials (TVCs)?

Yes, whether they watch it or not is not the issue, like who watches the commercials nowadays anyway right?

And I am not even going to touch on the quality of most of them now.

But calling Advertising People, let me state to you the obvious—that is if you still do not know it. For years now people have been TiVoing or recording TV shows and watching them sans the commercials, yes, they fast forward through them.

Anyway for some of you Ad Guys, that’s just part of your problems, but actually churning out TV Ads that we can actually take the time to watch should be on the top of your list.

So going back to commercials, at least back in the day, when we were forced to watch all of them as we cannot fast forward live or conveniently record them on DVRs, I know commercial breaks means you either do a restroom break, a beer run or grab more chow among others.

Now I know, growing up we have watched a lot of crappy commercials, regardless of where we grew up. But then again, there are those once-in-a-blue-moon extraordinary TVCs that we all love. But for the most part, most of the rest are forgettable if not regrettable.

And as I have mentioned on a previous article, I have implied that among the things that I would miss from the old country as I now live in the new world, I wouldn’t have known that those crappy TV Commercials would be among the top ones.

Yes, until you have moved out or shipped out say like at least 5,000 miles or 5 different cultures or time zones, then you probably wouldn’t know what I am talking about.

But fortunately because we now live in a wired world, we can just go online just about anywhere. And we are now able to watch all the current TV shows including all the TV Commercials from back home, even those we would have missed because we are about 7,500 miles away and in a different continent.

And as I have said, we will know much about a people by their TV Ads. But we cannot really go through that many and not be nauseated to say the least.

But for convenience sake we will be spotlighting only past Jollibee TVCs. And we will be able to watch them right here as well. I will try my best to add descriptions and comments as most of them would be in Tagalog (Filipino Language).

So if you are ready to know more about the Filipino, let’s go.

The Basics and the Oldies But the Goodies

Okay, most of the Philippine TV Commercials that I remember have the song and dance routines with the often times funny lyrics and tunes. But you must agree, they are effective as you would normally remember the sights, the sounds and lyrics even after 50 years.

Here is a typical commercial complete with the dream(-like) sequence of singing and dancing and everything else.

Now, we probably have a idea on why Filipinos love to sing and dance or at least do karaoke.

And you must agree that many Filipinos do know how to carry a tune or at least know if one can’t. Unfortunately, for some, even that knowledge couldn’t stop them from crooning to their hearts content every once in a while.

Okay, here’s one that’s a little bit long and tries hard to create a storyline but still incorporate all that dream-like scenes. I personally call it, Houston We Have A Problem for I don’t know what’s it really called.

Houston We Have A Problem

Okay, in case you are wondering, why Jollibee?

And being a Filipino symbol, this commercial showed many of the things uniquely Filipino, like the “jeepney” or the kings of the road as they call them. These colorful four-wheel behemoths run 24/7 in most main thoroughfares as they shuffle public commuters back and forth quick and cheap.

Next is the “tricycle” or the oft-times three-wheel motorized cart that like the “jeepney” more often than not, carries much more than one would otherwise imagine. Yes it's smaller and better suited for the smaller side streets.

And did you notice the school kids? The ones on bikes, they are probably on their way to school. Yes, going to school and and having an education are big for Filipinos. Well the good old US of A gave them the US Public School System. And what's ironic about it is that today, you can find a bunch of Philippine schooled teachers teaching American kids in the US of A. Full circle huh?

This TVC also shows the sweet tooth of the Filipino (yes a taste for desserts) and carbs galore, rice, fries, pasta and more pasta. And did I say rice? Most Filipinos probably wouldn’t survive a week without eating rice.

Lastly, anything American is still considered great. Well except for American Fastfoods in the Philippines, such as McDonalds, Wendys, Carls Jr., Burger King and others, which all bows down to the King of Philippine Fastfoods, you guessed it, Jollibee.

A People of Faith

Now, one more thing we haven’t talked about is how religious and devout Filipinos are. Okay, well some of them. Most are non-practicing Catholics or Easter and Christmas Christians.

But still, a huge number of them are “sarado-kandado katoliko” devout Roman Catholics. And prayer and prayer life is a big thing among them.

Let’s take a look at a prayer scene aptly taken inside which looks like an old cathedral.

Okay, we didn’t hear the kid praying but we still know that it was answered at the end.

The Longest Christmas Season In The World

So, now that we know that most Filipinos are Catholics, we should also be made aware that for most of them, they only know one holiday and that is Christmas. The biggest and arguable the longest in the world. Most say it starts on the first day of September (the ber months) during which one can notice radio stations starting to play Christmas songs and TV News casters starting a countdown to Christmas.

But for most, the first day of Christmas there starts on November 3 (right after All Souls Day) and it runs the whole month of November, the entire month of December (which is a crazy time to travel to the Philippines, but arguably the most fascinating) and ending on the First Sunday of January the following year.

So let’s see a Jollibee Christmas Ad, and there are so many of them to choose from.

Christmas In The Philippines (Shopping, Crowds, Eating and Everything else In between)

As I have said, here is one more Christmas Ad and it is mostly in English--almost self-explanatory.

Why Christmas is Huge in the Philippines

Lastly, here's one more about Christmas. And this one features what is probably the most unique Filipino symbol for the season, in the lowly "parol" or the Christmas lantern. It could be that home-made one or the store bought ones complete with chasing lights. Any which way, it is colorful and a sight to behold. Yes, even if there is hardly anything to be thankful for or if the family is only partaking of the humblest of holiday meals.

Now, we go the real heroes of the Philippines, the Filipino Overseas Worker. This one is in Tagalog and is just a narration from a boy who has now grown up.

The boy was reminiscing how 20 years ago, every after Sunday church he and his mom would go to a specific Jollibee store. But some 11 years ago, his mom had to go abroad, to work and provide for her kids and to give them an education (one of the two most cherished dreams of Filipino parents).

So now, all grown-up and finished with school (most possibly with a four year college degree), it’s the little boy’s turn to bring and treat his mom to Jollibee, but not to the local one, but one that is in Hong Kong.

Okay, Filipinos go abroad not just to work. But they also go to migrate. Okay and yes to migrate and of course to work. Filipinos just have that diligent and efficient worker tag about them.

Now we go to this next commercial which shows an elderly Filipino couple travelling back to the US (probably US Citizens who travel back and forth from the Philippines).

One of their kids (a son) picks them up at probably LAX and let’s see it first.

Okay that one has an extra Listerine ad but that's commercials for you.

Anyway, if you didn't notice, the "lowlah" (grandmother) was constantly bringing her hand up, to her kids for them to take and place on their foreheads or to their lips to kiss, as that is a Filipino tradition which shows respect to people older than them and normally reserved to close family and friends. It is called "pagmamano".

If you missed it, watch it again. Then you would know why the "lowlah" which is supposed to be lola (probably a term derived from the Spanish word for grandma) was overwhelmed with his Filipino-American "apo" grandson.

And yes, Filipinos are very family-oriented and you see that with the surprise party with their entire Filipino clan all there. Initially the son was telling the "lowlah" that the others were too busy to pick them up at the airport and only went to Jollibee by chance.

Okay, there are still so much to learn about the Filipinos, but let’s just have one more commercial and hope there will be other spotlights on other brand ads in other articles.

Let us end with another Bollywood Style Filipino Commercial but with its unique Filipino Flavor. Enjoy!

In as much as Filipinos love encores, here's one more and this is about Jollibee's Spaghetti. And in case you haven't tried a Filipino Style Spaghetti yet, you'll be in for quite a surprise. It does look the same but you will certainly taste something different about it. 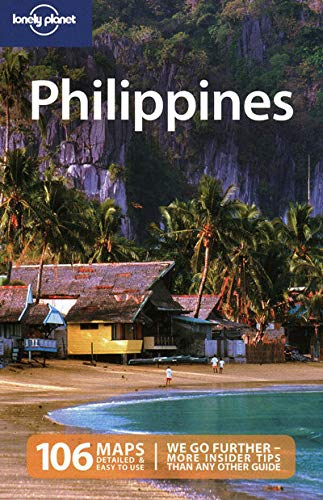