Believe it or Not, People Even Sell Cars on Ebay! 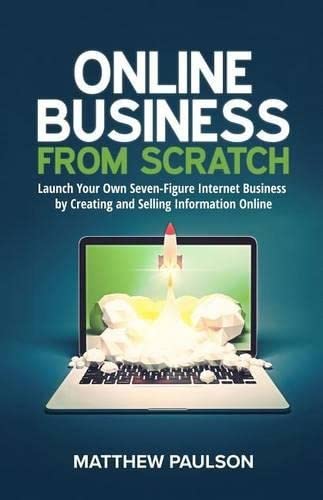 Online sales and trading platforms have become huge over the past few years. What was once an industry dominated by eBay has now become a diverse industry with a plethora of options sure to fit any seller's unique needs.

Online selling and trading has both its pros and cons. Some people prefer larger, more established sites, while other sellers tend to be attracted to smaller sites with niche audiences.

Sites like eBay and Amazon provide a number of perks for reputable sellers, however competition is high on these sites, and it can be easy to become lost in the mass quantity of third-party listings.

Despite this, a recent study of Amazon.com found that 32% of sales through the site came from third-party sellers. That is a huge percentage for a site like Amazon.

Sites like Etsy.com, ArtFire.com and Shopify provide sellers with tools to create their own storefront and design their online shop the way they see fit, making these sites huge hits for artists and those selling unique items.

When it comes down to it however, online selling is similar to online content writing in that you don't want to keep all of your eggs in one basket. The more sites you list items on, the more sales you can potentially make,

From Food Products to Beauty Products and More - You Can Sell it All Online Yourself!

Ebay - An Online Site for Selling

eBay is considered the largest person to person selling platform online (even though technically, it isn't). The first of its kind, eBay blew up when it was introduced to the market, attracting businesses and individual sellers around the globe.

eBay makes selling online easy, for the most part. You simply gather up unused or unwanted goods, create your profile and start selling.

It sounds simple, but selling on eBay is something that takes significant patience and practice.

Skills like product photography, marketing, and even graphic design all can come in handy when it comes to creating eye-catching listngs that draw in traffic and drive up bids.

eBay also relies VERY heavily on customer satisfaction, and ratings are everything on this platform. The more positive feedback you receive, the more people will be willing to do business with you.

Although eBay makes selling easy however, the buyers don't always make it so seamless.

As someone who used to sell on eBay regularly, I will admit that I left the platform after being scammed out of hundreds and hundreds of dollars due to crafty buyers looking to pull the wool over the eyes of unknowing sellers.

According to a 2006 ACNielsen study commissioned by eBay, 1.3 million individuals used the site as a primary or secondary source of income worldwide.

One of eBay's most successful sellers is Jack Sheng, who made headlines in 2008 when he became the first seller to earn 1 million positive ratings from buyers.

WARNING: eBay is regarded as one of the largest online selling platforms, and because of this, it is a prime target for cyber hackers. A few months back, eBay was a victim of the second largest cyber breech in history, even larger than Target.

It wasn't talked about as much as Target however, but that is because of high powered representatives from the company using their millions of dollars in profits from the site to keep the media quiet.

Etsy, Shopify and ArtFire.com are Great Platforms for Artists Looking to Sell Their Work

Have you ever listed anything online for sale or trade?

E-Commerce: Get it Right! Step by Step Guide for Selling Products Online

Amazon - A Marketplace for Sellers of All Shapes and Sizes

Amazon is a popular site amongst people all over the globe, which is why it makes sense that a third of Amazon sales are through third party retailers and private sellers. Amazon's Seller Marketplace is catered to both businesses large and small, as well as individuals who just want to make some income from items they no longer use.

The Amazon sellers' platform features over 20 different categories to list item, provides free listing options and offers great customer support for both buyers and sellers. Updating and adding new listings is simple with Amazon's easy to navigate seller's dashboard and by using Fulfillment by Amazon, the company gives sellers the option of shipping themselves, or allowing Amazon to fulfill their shipments.

Amazon.com offers two different selling plans for users- one for professional sellers and one for individuals who only sell things as they find them. The professional plan costs $40 each month but comes with the ability to list an unlimited number of products. The individual seller plan costs practically nothing - just a $.99 processing fee each time an item is sold.

Amazon is the place people go to find great deals on products. If you are a seller looking to get rid of some old stuff, Amazon may be right for you. However, if you are looking to market items towards people with higher budgets, Amazon is not the place.

How to Make a Full Time Income Selling on Ebay

Members start by signing up for the site (which only takes a couple minutes) and then they can post items or servcies to their page that they want to list for trade. TradeYa recommends starting off with 5 to 10 items to begin and expanding from there.

After posting services or products on the user's profile page, members can start browsing through what other members have listed. If a member stumbles across something that they are interested in, they simply hit the "want" button to let the member offering the product or service know that they are interested. After that communication can begin between the two members to see if a deal can be reached.

Webutations.info, a site that evaluates and rates various websites' reputations, gave TradeYa a 10 out of 10 rating for trustworthiness, reliability and customer satisfaction.

Remember Those Instruments You Bought and Never Used? Sell Them Online!

How to Sell Your Art Online: Live a Successful Creative Life on Your Own Terms
Buy Now

The Shopify platform is easy to navigate and allows users to create their very own online store, even if they have no technical knowledge at all.

The drawback to Shopify is that it is a subscription based site that costs a minimum of $29 a month. Although they offer a free trial, it is far too short to get any idea of whether or not you will have success on the site.

Selling homemade goods and crafts is hit or miss. Some people do great while others do horrible, and this rarely has anything to do with the quality of the work they are selling.

The most important part of selling something crafty is ensuring that at the least, you receive reimbursement for the cost of materials, shipping and any sellers fees.

If you can find success in this industry, more power to you, as many fail when it comes to marketing art and crafts online.

The best advice I can give those who want to sell unique items like art is to keep good track of all sales, as well as purchases so you can calculate your profit margin and decide when adjustments can be made to your prices in order to maximize your profits.

Webutations.info rated Shopify a 10 out of 10, calling the site trustworthy, reliable and safe for users.

Similar sites to Shopify include Etsy.com and ArtFire.com.

How to Sell on Amazon - An Entire Walkthrough of the Process