Did You Know Shift Work is a Risk Factor for Many Medical Conditions?

In the days before electricity, people used to go to bed when the sun sent down. They then got up with the sun. Their bodies followed what we call circadian rhythms, the natural rhythms of the earth. Moving to the present, this natural rhythm has changed dramatically.

Shift work has become increasingly common in our modern society as companies attempt to compete with global competitors by working harder and with fewer resources. A 2003 study by Statistics Canada indicated that approximately 30% of workers were involved in shift work of some kind. With recent changes to 24-7 store hours, these figures may even be higher now.

Organizations that commonly hire shift workers are those that operate all night long to offer a necessary service. This includes care giving institutions such as hospitals, care centres, group homes and prisons. Ambulance drivers and police officers also fall into this type of work, because it takes care of individuals who must be watched on a 24-7 basis.

Other places that hire shift workers are companies that wish to provide a 24-hour service for their customer. In the last couple of years, this has become a increasing trend in North America. Walmart was one of the first to offer all- night service, in an attempt to reach the consumer wherever he wants to shop. These type of hours also work to service other shift workers who may not be able to shop during regular hours.

Finally, a third group that requires shift work are production crews. Companies such as steel companies, textile plants and automotive manufacturers hire workers to work all night, in order to produce as much product as they can in an 24 hour period. Shift work is justified for the bottom line. This is a mentality that see workers as "inputs" that can be manipulated as required to meet their production goals. 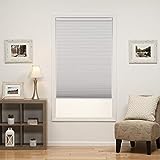 Working different shifts is a risk factor in assessing the likelihood of certain medical conditions. A risk factor simply means that it could contribute to an illness or condition happening, but it won't necessarily do so.

Shift work also increases the likelihood of workplace injuries and fatalities (All examples stated are from medical journal studies.)

The problem with shift work is that there is often a lack of sleep, due to shifts that require a person to stay up beyond their normal circadian rhythms(what the body wants to stay up on its own.) Doctors now recognize this lack of proper sleep specifically as Shift Work Sleep Disorder: a circadian rhythm sleep disorder which affects people who change their sleep frequently or work long-term unusual hours. Medical problems from this condition are hard on the body, and some of the following may occur:

Growing Recognition of the Problems with Shift Work

Even though shift work is well-recognized as being a risk factor for various conditions, there are few movements to make it stop. Instead, we see the advancement of 24-hour Walmarts and other store. As manufacturing is forced to compete globally against lower wages in other countries, it is unlikely they will adopt a policy that would result in decreased productivity.

A 2011 study done by the Albert Einstein College of Medicine stated that there are treatments available to help shift workers cope with their ailment, including prescription and non-prescription therapies, as well as behaviour modification. Exercise and light treatment are also mentioned. Whatever the worker does, it is important to recognize that working unusual hours is not the best for the body and must be accommodated and compensated for. If problems persist, it is good to talk to their doctor.

For more information written by the wife of a shift worker, see this article for Ten Tips For Surviving Shift Work. Another excellent article comes from the medical site, WebMD.