The Land of Little Tax

Sioux Falls has placed high on lists such as the annual Top 25 Best Small Cities for Jobs and Business in America over the years of the last two decades. It is a fast-growing community that is attracting large numbers of incoming residents without overcrowding, and many new businesses that are creating new jobs and thriving in revenues.

By 2010, the SFDC had created eight large industrial parks in the city to house current and emerging new businesses.

A series of large parks line the Big Sioux River and Highway I-229.

At the Eastern Border Of South Dakota 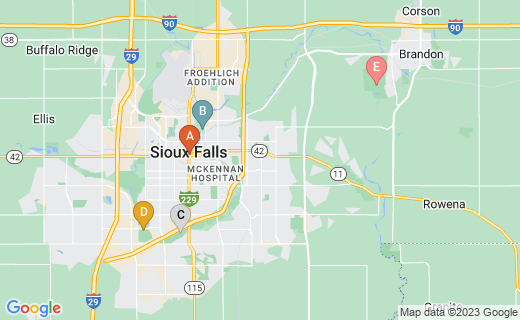 This is one of several parks along the Big Sioux River.

Sioux Falls is Number 1 in the number of hospital beds in the country and enjoys 314 physicians per 100,000 people (US city average is only 223 beds).

Importantly, about 95% of local residents have health insurance, which has long been associated with better health long-term. Sioux Falls also offers some of the cleanest tap water in the US, according to Forbes.com.

Originally founded by Germans, Irish, and Norwegians, Sioux Falls is now cosmopolitan, with growing groups from Africa, Eastern Europe, Asia, and elsewhere, bringing with them new restaurants and other business ideas.

The Multi-Cultural Center of Sioux Falls is quite active their website is provided at www.multi-culturalcenter.org.

The companies with largest employee pools in Sioux Falls include the industries of Healthcare, Financial Products & Services, Food, and Retail.

Healthcare has become an increasing field in both number of facilities and revenues. Where financial services are healthy, so it the economy of the city and usually the state. All this brinhgs on increased business in food services and retail commerce.

Largest employers around Sioux Falls are:

Since 2003, Interns in Industry links Greater Sioux Falls Area businesses with the students that are preparing for the workforce in local colleges and tech schools.

This effective program keeps the jobs emerging and the workforce growing.

The Workforce Development Office of Sioux Falls helps business owners begin and expand company internship programs. The WDO recruits and screens applicants for the companies to interview. This procedure provides the top job candidates of the future to area businesses and saves business owners time as well.

Globe University at www.globeuniversity.edu/ is one of the institutions partnering in this program.

Sioux Falls SD is the largest and best major medical center from Denver, Colorado to Rochester, Minnesota. This creates a market for Medical Tourism as well as for excellent medical and heath services.

Sioux Falls health community comprises hospitals, clinics, and private practices that require new health professionals every year in order to care for a growing population in four different states that come together at Sioux Falls,

The prestigious regional facility, the Sanford School of Medicine at The University of SD is a research and teaching hospital that raises the standards in all local hospitals through continuous improvement and the sharing of best practices among 500+ physicians and their large staffs in this regional healthcare mecca.

Howard Wood Field is the local football and track facility and it seats 10,000 spectators that come to view semi pro and college level sports and championships. Simply named, The Arena is where the Sioux Falls SkyForce basketball team plays.

The Sioux Falls Stampede is the local hockey team and The Storm plays indoor football. A baseball stadium houses the Sioux Falls Canaries. Finally, the Dakota Lawdawgs, are a semi-pro football outfit of the North American Football League.

This city is named for the Sioux people, a plains group among Native North Americans. When you think of Native Americans with war bonnets, horses, and lances, you may be thinking of them.

The Yankton Sioux people are traditionally from the southeast corner of South Dakota, the exact location of Sioux Falls and its associated Minnehaha County, as well as the Big Sioux River.

The four counties making up the Greater Sioux Falls area benefit from the contribution of this Native American Nation.

Visitors come to learn about the Sioux from around the globe. In the 21st century, the Yankton Sioux people maintain a 40,000 acre stretch of land and create related employment openings through Fort Randall businesses, the US Indian Health Services, the Federal Bureau of Indian Affairs, and the Marty Indian School. 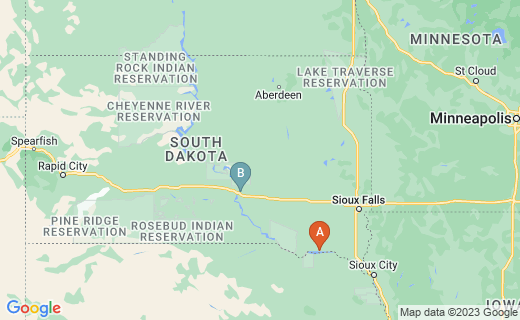