Wall Street alone does not handle all of the finance and insurance business in New York City.

On Long Island, the industry of financial products, including primarily insurance, real estate, and banking, is quite healthy. This economy is bolstered by a high rate of disposable income in long island households compared to the rest of America.

The top income producing employers in this borough involves themselves in 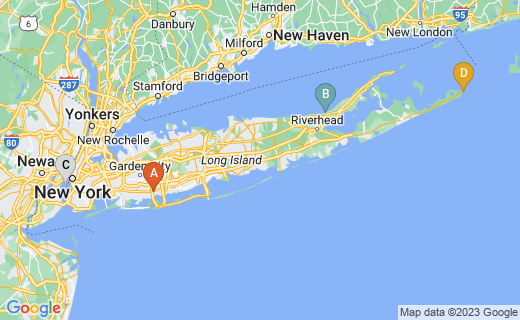 Long Island is the largest island in the lower 48 United States. It reach across 118 miles eastward from New York Harbor and the Statue of Liberty to Montauk Point.

When local New York residents, government officials, and business people mention Long Island, they are generally referring to two of the four counties that comprise the island.

These two counties are Nassau and Suffolk, each with its own county government and top County Executive. These two counties sit together and farthest to the east of the four counties on the island and together, the two form the Nassau-Suffolk Metropolitan Statistical Area (MSA).

The additional two counties are Kings and Queens, which are more affiliated in some ways with NYC. They are more urban than the rest of Long Island, although Nassau-Suffolk overs urban, suburban, and even rural areas.

When considering occupations on Long Island, it is important to know that a greater number of individuals start their own businesses here than the number of people hired into the fastest-growing jobs. A considerable proportion of these new businesses are successful.

Beginning in 2000, Long Island recovered fast from an economic downturn that lasted from 1980 - 1999, complete with downsizing, business closures, and a decline in manufacturing and other industry sectors. However, the turnaround was so organized, efficient, and dramatic that it earned the nickname "The Long Island Miracle."

In a series of smart moves, business leaders and innovators in areas in and around Long Island diversified industry through the combined efforts of small business owners and small-to-medium sized companies that looked toward new sources of revenue.

Through organized efforts via community and business plans and organizations, small and medium-sized businesses became strong. One of these projects included opening a number of profitable vineyards on former farmland in Suffolk County.

Long Island business and employment is led by small businesses, most of which employ fewer than 20 persons. Small Business itself employees at least one-half of the entire Long Island workforce.

Beginning around 2000, Long Island recovered fast from an economic downturn that lasted from 1980 - 1999, compete with downsizing, business closures, and a decline in manufacturing and other industry sectors. However, the turnaround was so organized, efficient, and dramatic that it earned the nickname "The Long Island Miracle." It was very well planned.

In a series of smart moves, business leaders and innovators in areas in and around Long Island diversified industry through the combined efforts of small business owners and small-to-medium sized companies that looked toward new sources of revenue.

Through organized efforts via community and business plans and organizations, small and medium-sized businesses became strong, leading Long Island in an enahnced economy throughout the early 21st century. One of these projects included opening a number of protifable vineyards on former farmland in Suffolk County.

In addition, area colleges and universities have partnered with business an county governments to provide Education and Training programs that directly match Long Island Business needs.

Old and new successes that began as small businesses include:

Cold Spring Harbor Laboratory, one of the richest wellsprings of the science underlying biotechnology, are making startling strides in the fight against cancer.

A company spawned in the Long Island High Technology Incubator at Stony Brook University, where the first MRI image in history was created, has developed the first virtual colonoscopy technology to be approved by the FDA.

Brookhaven National Laboratory, where five Nobel Prizes have been won, is developing sensors, antidotes and vaccines in the fight against terrorism.

The fastest growing jobs on Long Island are all in Healthcare and Information Technology (IT), with a significant number of IT jobs in health and medical facilities. Additional IT jobs can be found in education, professional services, and bioscience & aerospace research facilities )Indeed.com, SimplyHired.com).

The median wage of Long Island Region STEM occupations is $75,040 a year, which is 75 percent higher than the median annual wage of $42,970 for all workers in the region.

Local Fast-Growth of STEM Jobs and Median Salaries in 2017

The Healthcare Industry is the largest area employer, and a large nursing shortage as well as too few home health aides, personal aides, techs, and other positions is the norm. Healthcare offers lucrative opportunities, including Travel Nursing, which offers even greater benefits. Business and Professional Services comprise the second largest employer base on the island.

Manufacturing in the computer and electronics sector is still a strong part of the manufacturing industry on Long Island. Large companies produce parts and other products for a variety of technologies and bioscience/medical use, while small and medium-sized companies specialize in certain specific components and related services. All this bolsters the production of the very active Information Technology (IT) Industry.

Long Island overall retail success (over $30 billion sales annually) is based on high levels of disposable income possessed by Long Islanders in general. This area has been 5th highest in average household disposable income among metro areas in the US since the early 2000s.

Largest Employers on the Island by Number of Employees

The Hauppauge Industrial Park is the largest industrial park on the US East Coast. Not only does it provide businesses, but also youth and adult day care so that family members working in the park can remain close to the young and the elderly in their care.

Businesses range from manufacturers to attorneys and physicians to clean energy purveyors to hotels. Over 1,300 companies operate in the park, with over 60,000 employees, all represented by the Hauppauge Industrial Association. Members of the association operating in the park include companies such as:

Students at many colleges and universities on the island receive scholarships from the park's governing assocation every year. 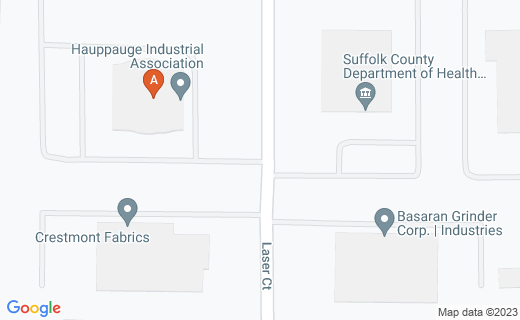 Colleges and Universities in Nassau-Suffolk

Hundreds of job opportunities in spectator sports, on teams and in venues related to tourist spots, await job seekers on and near Long Island: