James drives people from here to there with nary a care when he drives Chicago rideshare. 9,000 trips by the 2019 new year.

The Chicago Board of Trade, City Hall and Moody Bible Institute rub shoulders with LaSalle Street curbs. I point these out to out of town guest as we venture on LaSalle’s roadway. However, this isn’t what makes LaSalle so valuable to rideshare drivers.

LaSalle Street is LaSpeed Street compared to nearby avenues that pass north and/or south through Chicago’s city center. It’s a boulevard from its Lake Shore Drive interchange (1700 north) to its Financial District presence (300 south) in the Loop.

The streets parallel to LaSalle don’t match it. State Street has two lanes that travel north and south but it’s not a boulevard. Clark, Dearborn and Wells Streets largely run one way over the same distance. As a result, these streets don’t move like LaSalle.

Rideshare is on demand not at your demand. Calling out for a taxi on the street is acceptable. However, rideshare is a prearranged trip with built in assumptions about who’s driving and who’s riding. Happy riding!

A mix of six multiple trip generating condo/rental buildings line LaSalle in the two mile tract between its north end and the Chicago River. LaSalle intersections are within a block of at least another eight such buildings in that same stretch. I often tell LaSalle Street rider/guest that “I’ve picked up/dropped off some of your neighbors.”

Highlight on the Hood- Old Town

LaSalle Street access some of Chicago’s premier rideshare areas. North, it takes you by the Gold Coast and near Streeterville. It treks through Lincoln Park, Old Town and River North en route to the Loop. South, LaSalle’s 35th Street corner is a stroll away from Guaranteed Rate Field, home of the Chicago White-Sox.

I like Old Town. The chic enclave is ripe with rideshare business. However, my love for Old Town pre dates my rideshare tenure, and the emergence of rideshare in Chicago. In fact, I liked this place even before I purchased Sadie, my revered ’00 Chevy Cavalier of old.

Old Town, then and now:

Then- Old Town offered better amenities than my old south side haunts. Yet, it was “hood” enough to be affordable.

Now- It’s not reasonably priced for me.

Then- I leased my initial ubermobile from an Old Town dealership.

Now - That lease is over.

Old Town has its share of iconic locales. The Lincoln Hotel and Second City turn out scores of rideshare trips. Zanies and the Moody Church reside here as well. The Chicago History Museum lies just outside its edge.

A vibrant dining/bar/entertainment scene gives rise to several trip generating spots. Wells Street on a weekend night often looks like a block party that spills out over a couple of blocks. It’s always a good time to drive on Wells Street between North Avenue and Division Street. 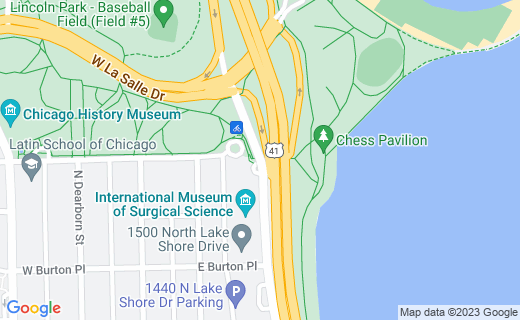 LaSalle Street has a small part that runs east and west whereas the remainder goes north and south. The directional distinction contributes to its previously explained speed advantage. The east/west section provides a shortcut of sorts to travel north/south during heavy traffic.

The duo direction oddity leads to the street’s unique brush with the waters. It cuts across the Chicago River’s east/west flowing branch but collides with the lake front to the east. LaSalle enables passengers to drop off at the river walk, a pedestrian friendly pathway along the river, and the lake front’s North Ave Beach.

The directional split brings distinct benefits to highway expressway interaction. LaSalle has two River North intersections within three blocks of the Kennedy I-90 entrance exit ramps. It also has direct entrance exit ramps to (Rt.41) Lake Shore Drive. Escape onto LaSalle from “the Drive” is preferred when it’s not the ususal lake shore express but instead becomes a clogged lake front mess.

LaSalle is a street of all types and a master of all forms. Though it’s a main street it’s not a through street. It is single family residential, or frontage road depending on its south side location. The Dan Ryan Express has four road way escape hatches (exits) when going towards the Loop in the morning peak period. LaSalle provides four entry ways onto the express in turn.

LaSalle moves and connects with the best of streets. The destinations in demand on or near this oddity among roads help make it a good street to drive.