James drives people from here to there with nary a care when he drives Chicago rideshare. 9,000 trips by the 2019 new year.

Ashland Avenue contains a roadway aisle that gives driverprenuers (driver-entrepreneurs) an advantage when driving on the city's north side.The section of Ashland between Armitage and Foster Avenues provides the best moving stretch of non highway road in all of Chicago.The boulevard runs north and south with traffic moving in both directions. It cuts a speedy swath north until it reaches Andersonville. The "Aisle" allows swift movement towards areas east (e.g. Edgewater) and west (e.g. Lincoln Square) of it. This paved pathway is why Armitage Ave is my main "go to" exit from the Kennedy Expressway.

Ashland,however, isn't always fastland. It can be a grind on the south side where it host industrial sites and a heavy truck presence. Furthermore, trucks are by no means limited to the south side of Ashland. Also, the aptly named aisle is not immune to construction and rush hour traffic. Still, this is a street that is worthy of driving honors. 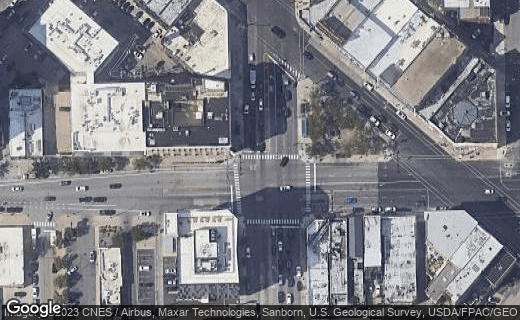 Ashland Avenue is a long street. It extends beyond the central city.I have driven much of its city breadth from 127th Street in south borderburb (border/suburb) Calumet Park to Rogers Ave in Rogers Park at the city's north pinnacle. The roadway has many rider rich places, a few stand out.

The area’s shape and history as “the Polish Downtown” gives rise to its name. Ashland along with Division Street and Milwaukee Ave provide the boundaries of this uber (pun intended) busy district. The Division Street O’Hare Blue Line subway stop with its voluminous usage is located here.The three pronged locale is also a short drive to Division street’s entry/exit ramps unto I-90, the Kennedy.

Ashland is home to multi-unit residencies between Taylor and Roosevelt Streets that have put many riders into my car and much fares into my pockets.

The Pitchfork music festival occurs annually at Union Park. Ashland provides close access to this near west side green space. Pitchfork as with other type venues have people coming and going. I’ve found that I can pick up new passengers immediately after dropping off concert goers. Adams/Medill park, just east of Ashland between Roosevelt Road and 15th Street, host mega rider drawing events as well.

Highlight on the Hood- West Town

Ashland connects with Hubbard Street and Grand Ave at West Town’s south entry. To the north, it pass through the boundary between Bucktown and Wicker Park. The avenue separates West Town domains East Village and Noble Square as it provides the west linear border of the “Polish Triangle.”

West Town is home to some of the city’s best known hip zone locales. These are places distinguished by their clash between entry of gentry and long time working class ethnic residents. Noble Square, Ukrainian village and Wicker Park lie within West Town borders. Both sides of the culture clash have added to my rideshare revenue.

Live Turkey not a Jive Turkey

West Town isn’t just a business destination to me. It’s a personal favorite. I bought a live turkey in Ukrainian Village during Thanksgiving season 1993. And, I have visited the area since. So, I was already familiar with West Town upon taking up the drive gig. However, I can’t seem to find the place of the poultry purchase or a laundromat that I thought was on Chicago and Damen Avenues since I began the driving gigs. Could be a consequence of the culture clash.

The happening habitats with their restaurants and retail have kept me busy. West Town is a good place to be during the morning rush. Via trips have often packed my car with passengers during its a.m. peak period. Also, West Town (especially when on Damen Ave) is close enough to get request from the United Center (U.C.)at the end of concerts, Bulls and Blackhawk games. I received one of my best Blackhawks game request while in Ukrainian Village. I took two guys to suburban Tinley Park (at least 30 miles away) following a game. A driver who wants to bring in many trips to United Center events need only hobnob near the Grand/Western Metra portal. Apparently, many fans take trains to that station when going to U.C. events.

Ashland Avenue achieves terrific transit ave street cred due to its connection with rails, routes and roads. The following details show as much;

-"L" stations, both above ground and underground that represent four colors of Chicago's rainbow rest on this mighty street. Blue, green, pink and orange line stops are dispersed on the north, south and west sides of town.

-Metra, Chicago's regional rail network includes two Ashlandian area stations. The Clybourn stop, that includes trains going out to suburban Chicago and even into Wisconsin, is located in Bucktown. A south side stop in Beverly (pictured) is a short hike away from Ashland Avenue.

- Bus access is plentiful. The C.T.A. (Chicago Transit Authority) includes at least 20 bus routes that intersect with Ashland at some point. Routes that take passengers to the Chicago's west side and border west suburbs are well represented here.

-Connectivity to major highways is also a strength of Ashland. It has entrance and exit ramps at the Kennedy, the Stevenson (I-55) and the aforementioned Eisenhower. It's also less than 1 mile away from the Ogden Ave exit from the Kennedy.

The advice that I'd give to drivers is this: go to Ashland.