No Do-Overs: Would You Have the Baby Next Time? 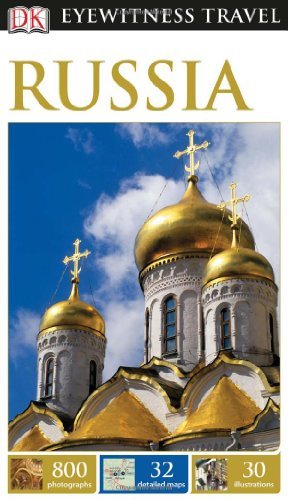 When I worked in Moscow, I had an (American) boss that everyone hated. People in our office were nice enough to him, and respected him enough, but whenever I left his small sphere of uber-influence (mainly anyone who was scared of being fired by him or salivating at the merest chance of being exalted to partner by him), I had a better picture of him, a not-so-nice picture, where he irritated everyone around him and people said nasty things about him and laughed at him behind his back.

But I liked him. He was nice to me, no more or less than a normal boss should be, never tried anything creepy, and paid me well. He had lots of stories to tell, funny stories, exciting stories, always entertaining stories. Working with Presidents Nixon and Ford, Special Forces in Viet Nam, Wild West Russia stories. A couple of times, he sent me to New York City to train in our office there; it was fun in its own way, although I do still hate NYC!

But! On my second trip, he took me out to dinner at a swank sushi restaurant, just he and I, and really, I knew it was just to take me, a lowly paralegal, to a swank place to have swank sushi, so I wasn’t worried at all. And we did eat some great sushi, but then….well, then we started on the sake.

It was terrible, blech! I didn’t drink much, but he went through one, two, three warm bottles, then he started to talk, talk, talk.

This man who personally worked with US Presidents, who met monthly, weekly, daily with amazing, powerful, rich, famous people - he himself practically bled money and influence – and here he was, his eyes thick with tears, sitting across from me, telling me the biggest regret of his life.

When he was young – a young man, not a boy – he worked as a caretaker on a large estate. He and his girlfriend took care of the place in exchange for room and board, and lived a simple and joyous life there. But, he said, he had ambition. Ambition to be rich, to be powerful, to leave all this simple and joyous life behind. (And, he said, that life was indeed joyous, the best time of his life.) And then, to add more insult to his ambition, his girlfriend got pregnant.

He said at first they talked about keeping the baby, but his ambition said no. His ambition made him choose, one or the other, you Can’t Have Your Cake And Eat It Too. As he sat across from me, I saw the hurt and regret in his face, heard it in his voice, how he made her get rid of that baby. Maybe not forced, exactly, but persuaded. And yes, he said, Not A Day Goes By, when he doesn’t think of What Might Have Been, What Could Have Been, if he had married that girl he loved so much and kept that baby that he now so dearly wanted.

And then, oh then! His ambition won out, he accomplished all those things, and he accomplished them alone! All very much alone. And because he was so very, very alone, every Christmas Eve, he would call our office from New York, and search out someone to talk to him. Because no one really wanted to talk to him....only the other partners could wriggle out of it without any repercussions. Eventually the receptionist would trap some poor, lowly, wanting-to-go-home attorney into talking to him, and there they would sit, on the phone, for hours upon hours, listening to him talk, listening to the sad reality of this rich and powerful man’s life.

I hear he’s married now, with a child, and probably not calling lowly attorneys on Christmas Eve. I am glad for him, but I do sometimes wonder, what life would be like had he chosen his love over his ambition, would his life have been any worse.