The Many Types of Office Workers

Let's Put Everyone Into Categories!

If you've worked at a number of different offices, you have probably started to notice a pattern. At pretty much any office, there are certain "types" that work there. I don't care if you work for the worst company ever or you work for the nicest people of all time, there are some standard types of workers you see at each office.

Don't get me wrong - I am not saying this is a bad thing. Pretty much everyone (yes, YOU!) falls into at least one of these categories. You might know some people that fall into more than just one category. You might also find that you were one type of office worker at one job, but a totally different type at another job. Sometimes your circumstances can make your whole work attitude change. But trust me, at some point in your life if you've worked at an office, you have fallen into at least one of these categories. So let's explore the many types of office workers:

It doesn't matter where you work, there is always one person who is absolutely in love with her job. She comes to work each day with a huge smile on her face. She greets everyone with her perkiness. This is often a person that enjoys baking brownies for her co-workers, too. This person is usually loyal to the company no matter what. For this reason, Super Enthusiastic Worker often has terrible job duties because she can't say, "No." Still, she loves that job.

I've worked at some terrible companies in the past, and trust me, this person even exists at those companies. There are some people that have been dumped on so much by the boss that no normal person would stay, yet Super Enthusiastic Worker never leaves. Sometimes I wonder if she is secretly on meds or secretly hates everyone at the office, but nothing suggests that at all. I wish I knew the inner secret thoughts of Super Enthusiastic Worker!

In every office, there is at least one person who is really unhappy. This would be Disgruntled Dude. Don't get me wrong, there are plenty of Disgruntled Chicks, too, but that just didn't have the same fun sound to it as Disgruntled Dude, so let's just go with that.

Disgruntled Dude hates everything and everyone. It doesn't matter if it is the most rewarding, wonderful company on the planet; there is still going to be at least one person who loathes every second of being at work. Furthermore, this person can sometimes make you a little nervous.

At times, you might even start to become concerned that Disgruntled Dude is one angry email message away from snapping and pulling out a gun. Beware of Disgruntled Dude. Just smile and nod a lot. Remember to run if you hear a loud popping sound.

At every office, there is at least one worker that loves food. The day begins with a conversation about what he had for breakfast. Within an hour or two, the discussion about lunch starts. The Food Fanatic wants to know who is interested in ordering pizza or Chinese food for lunch, or he'd like to find out who wants to hit the burger joint down the street at noon. It doesn't stop there though. The endless plans on who is ordering what food takes up much of the rest of the morning. Once lunch is over, the plans for dinner begin! It is a never ending food discussion!

As if the food discussions are not enough, Food Fanatic also enjoys eating food throughout the day. He can often be seen shuffling through the work fridge looking for leftovers and pumping quarters into the vending machine to get a Snickers bar. Whenever you walk by his cubicle, you could smell anything from chocolate cake to bacon... or possibly a combination of the two. 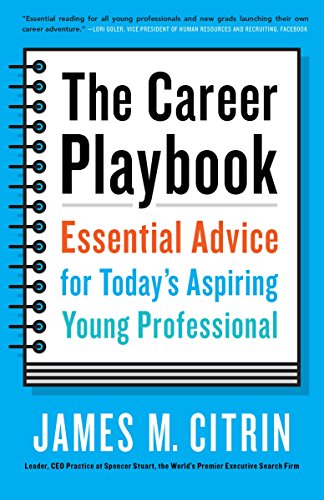 In every office, there is a Ditzy Worker. Sometimes you might find a bunch of them. Ditzy Worker just shows up for work each day, but she does not know what is really going on. When the phone rings, she stares at it perplexed. When the mail arrives, she is not sure how to open the envelopes.

What is most amazing about Ditzy Worker is her power to somehow keep her job. Maybe it is her sweet demeanor that keeps her employed. Perhaps she is sleeping with the boss. She could have even been smart enough at some point to acquire some blackmail photos, but that seems too intelligent for her. No matter what the reason, Ditzy Worker is there and she isn't going anywhere. No, she is going to mess up your paperwork until the end of time!

The Slacker is usually lingering at any office. Lately, due to the economy, many Slackers have been fired since companies are overworking everyone now or Slackers have actually been forced to do real work to keep their jobs. In offices like that, you will actually find Reformed Slackers.

Reformed Slackers do the minimum amount of work required to keep their jobs. They show up, sort of do some work, and kiss up to the managers as much as needed so they stay employed. Genuine Slackers are still hanging out at some offices and still barely getting by. This is the person that will try desperately to push off work on you whenever possible. Slackers are very disliked by most office workers.

The exact opposite of The Slacker is The Brown Noser. As a child, The Brown Noser was usually The Teacher's Pet in school. Once The Brown Noser became an adult, she needed to shift her efforts to kissing up to the boss instead of the teacher.

The Brown Noser is always full of valuable information since she is usually pals with the managers. It is a good idea to be nice to The Brown Noser. Not only can you learn inside information from her, it is best to stay on her good side. Get on her bad side, and she is going to spill her guts to the boss about any little mistake you've made since the day you walked through the door.

Just remember, be nice to The Brown Noser, but never become her friend. If she finds out information about your private life, she is definitely telling the boss about it. She is certainly not someone you want on your Facebook friend list!

One of the most popular office workers out there is Gossip Girl. Gossip Girl wants to share whatever information she has learned with you. She also wants to dig and find out if you have any good gossip she can spread.

Gossip Girl seems harmless until you tell her something pretty basic about your life, but she exaggerates it and tells everyone at the whole office. Within no time, your story about hearing from a former co-worker turns into a story about how you are about to quit your job to work for your old company. Be nice to Gossip Girl, but always keep your guard up!

At every office, there is always a Party Girl. At some offices, there could be numerous Party Girls. There are actually a variety of Party Girl types:

One type is the Party Girl that dresses inappropriately. She always wear something low cut, or an incredibly short skirt. Party Girl just never dresses right for the office. Usually the manager that draws the shortest straw that day has to talk to Party Girl again about not dressing that way at the office. Of course, she is just ready to hit the bars after work and doesn't feel like changing. Her look often frustrates the managers, angers catty co-workers, and delights the customers.

Another type of Party Girl is... well... there is no nice way to put it... the office slut. This is the girl that is always looking for a new guy to date at the office. Sometimes Party Girl is simply hit on by the guys at the office. In other situations, she is actually sleeping with some dudes at the office. This behavior does not endear her to other office workers. This is especially true if she is extremely attractive and getting all the best looking guys.

The last type of Party Girl is the girl at the office that comes in hungover from her extensive partying the night before. It would be OK if this only happened once in a while, but Party Girl often comes in hungover or still drunk from night before, even in the middle of the week. She also likes to tell other co-workers about it, which probably does not help her situation.

A true Party Girl is actually a combination of all three types of Party Girls listed above. This is a chick that is taking her partying to a whole new level. You might not respect her as an employee, but let's admit it, we all wish we could party hard like Party Girl sometimes. Her career might not be going anywhere, but her social life rocks.

At every job, there is always at least one worker known as the Mystery Worker. No one actually knows what Mystery Worker does all day in his office. Some people are even scared to ask. Occasionally, Mystery Worker shuts his door. You might even hear strange sounds coming from his office. What is going on in there? No one ever knows!

If you ask him what he does, Mystery Worker never has a straight answer. He might even tell you, but it is usually something so complex that you have no idea what you've even learned. Mystery Worker seems pretty cool, but keeps to himself. Maybe he is just sitting in there all day playing Tetris, but no one can be certain. Mystery Worker is often respected just because it is better to be safe than sorry. For all you know, he might be the entire reason the company stays in business.