What Is The Real Truth About The Majority of British People on Unemployment Benefits?

I'm not claiming to be a whistle-blower or grass/snitch.The following information is to highlight an issue which is more than a problem!

"The real truth; not all of them actually need any government benefits!"

The main reason which inspired me to write this article: I recently visited one of the "Blue Cross" animal charities, and I'm always happy to leave a £5 donation which is almost half of my daily government benefit allowance. But this particular time I was broke due to not having work. Not only that, I had moved home which caused me to get into considerable debt, paying for the removals and other expenses.

Anyway, I picked up my pet and went to the hatch to collect the prescription to leave a donation. I said "I only have £2:00" to give which I thought was acceptable considering my position. To be honest, I would rather have given them nothing and bought £2.00 worth of groceries which I needed. While handing over my money, I explained that I was on benefit, before I could continue to mention that I was having severe financial problems, she responded with, "everyone who uses our free services is on benefits". I handed her the two pounds and left.

I wish I had could have told her that, "although I'm on benefits, It's the only source of income I have, unlike the hustlers and scammers on benefits who abuse the system and can afford to donate £10, £15 or even a £20 I often see people donate to you".

Who is entitled to benefits?

When someone becomes unemployed, It's the job of the UK "Department for Work and Pensions" (DWP). They are responsible for welfare, pensions and child maintenance policies. Their job is to calculate how much each claimant needs to live on, including paying their rent (housing benefit) as well as helping people get back into work. Unfortunately, many people in life are far too lazy to work, relying solely on benefits.

"Rich House Poor House" is a television documentary where two families from opposite ends of the wealth class swap homes for seven days to see how the other half truly lives. It shows that living entirely on benefits is possible. Video below: Skip to 12:30 to see how much money both families has to live on each week.

I'm not taking anything away from...

Those law-abiding citizens on benefits who are legitimately physically or mentally unable to work. Those who have nothing to live on, besides the benefits provided by the government.

Or, the law-abiding foreign-born /non-EU nationals who are subject to immigration control who have no or limited access to benefits.

Or, the genuine law-abiding unemployed people who spend every day actively searching for work, to no avail and those who are on a zero-hours contract and/ or on a minimal hourly wage.

For some, it's a difficult struggle trying to survive each day on benefits, especially when a TV or washing machine suddenly breaks and need replacing, or parents who need to buy new clothes or footwear for their growing children. However, there are many charities, and government organisations to help anyone in a financial crisis.

Unfortunately, many benefit claimants are hustling and cheating in a variety of illegal and/or immoral ways. There are some out there doing legal work while still claiming benefits and not paying taxes, which is illegal. This is about the variety of hustlers & scammers on benefits.

The Variety of Hustlers & Scammers on Benefits - Exposed

The general rule: Anyone can work while claiming benefits as long as they don't earn more than £20 a week (the permitted work limits). Anyone who earns more without notifying the DWP are committing an offence.

When I was broke, starvation had no time for sentiments

I have never begged, borrowed or stolen. I sold all my sentimental jewellery, electronic gadgets, videos, DVD's and CDs. My record collection and record player. Clothing, sofas, including the dining room table and chairs were all sold. It was either sell or starve. All I had left were basic white goods, a bed, computer, and a couple of chairs, but I still had my pride and self-respect. It's through hard work and determination that I got back on my feet.

Does the UK have a 'Fake Homeless' problem?

Why you should not give money to beggars

How can you help someone on benefits who is in genuine need of your help?

The next time someones asks you for your money. Think once, twice, thrice before deciding who is genuinely in need of your help. Are they wearing any gold they could pawn? Do they own any valuable items or collections they could sell? Do they look dishevelled and underweight? Do they look and sound desperate and genuine? Can they look you in the eye and without touching their nose while talking to you? (a sign of lying). Only you can decide who is in desperate need before you part with your hard-earned wages.

Giving someone the benefit of doubt

There are many organisations, such as charities, soup stall kitchens and food banks. There are loan companies and pawnbrokers in business to help anyone in need of emergency finances.

If you want to financially support someone, that's your choice. The chances are, you're fuelling their drug or alcohol habit and supporting their lifestyle. In 2018, 726 homeless people died in the UK. Two in five deaths were from drug poisoning 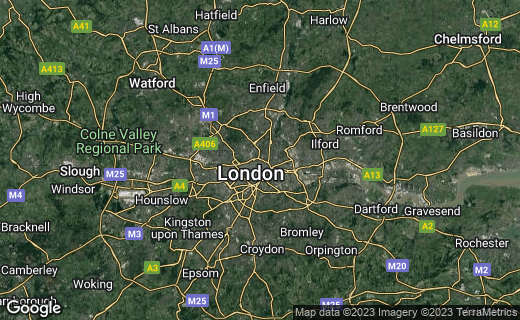 More reads by the author:

Can We Live in a World Without Crime? Is It Possible?

In your experiences, how common is benefit fraud?