The Springfield Underground - Missouri's Businesses Housed In Caves, with Video

One of my favorite places to visit on vacation is the Missouri Meramec Caverns west of St. Louis. The tours are fun to attend and the underground natural structures, especially when illuminated with brightly colored .lights and backed by music are awesome. Some of the rooms in the caves contain bodies of water that shine in the lights and look a million feet deep, although they are not.

Some other caverns in Missouri are not routist attractions, but sites for underground businesses. This saves energy, because underground, the ambient air temperature is just under 60 degrees F all year long. Little heat or colling is required, even for refrigeration of food products.

Underground warehouses are located in massive limestone deposits several states, many in the Midwest: Indiana, Illinois, Missouri, and further, in Pennsylvania, New York, and Kentucky. Warehousing below ground is saving American businesses a lot of money every year and some of these subterranean systems are expanding. In some locations, mining operations operate next door to underground warehouses without encroaching on them - the noise is not even evident. 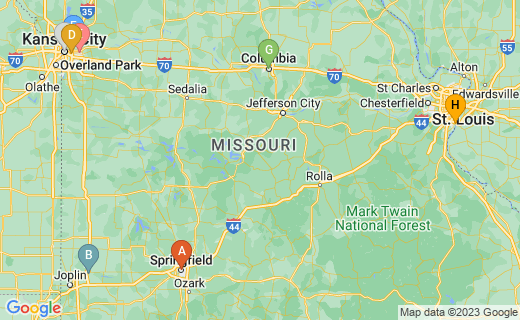 This is the largest offiee park in the world (1,100 acres), began in 1964 and all underground. Above ground is an amusement park.

Skyscrapers are old news. The future is in the underground.

Gene Roddenberry thought as much in the early 1970s, when he hawked his pilot of Genesis II, tales of underground living post-Star Trek.

The Kraft company, just one of many, has a facility in the limestone caverns of Missouri at Springfield. These caverns were initially part of a large complex that began as a limestone mine in 1946. Limestone mining still goes on in Springfield, but away from the sectors in which companies do business or store their products underground.

Kraft Foods has operated an underground warehouse since the 1960s. Its leadership decided to expand in 2009 to double its warehouse size. Tons of its foods are stored and cooled to 36°F , but underground in Springfield, it is already a constant 58° F temperature all year; only 22 degrees of cooling is needed. This gives Kraft an advantage of energy savings in its 400,000 square feet of space located beside other businesses.

Video From a Vendor at Springfield Underground 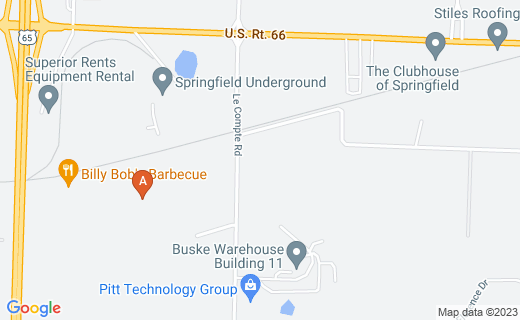 Rumors circulate about the Springfield Underground's use as an end-of-the-world survivalist complex, because of the overwhelming amount of foods stored in its facilities. Even food manufacturing of some sort is operating in the caves. The place certainly looks like an underground survival bunker, but 10,000 times the size of the 1950s backyard bomb shelters people dug in fear of nuclear attack by the Soviets.

Rumors are to the effect that a new White House will emerge from Springfield Underground after a nuclear holocaust that is believed on the way occurs.

The underground storage sites in the complex are perfect for warehousing frozen, refrigerated, and dry foodstuffs. One person at the complex, interviewed on camera for the Travel Channel, reported that at least 300 semi-trucks unload products daily into the complex. In fact, seeral large trucking companies located nearby, just west of Springfield Undergound and near major highways.

However, freight trains can travel straight into the caverns that are 100 feet below the surface, offloading several boxcars of products at a time. In short, there is food everywhere down there, in clean, high-ceilinged, well lighted warehouses made of stone.

Paper records, electronic data storage devices, and electrical components are also stored below ground in Springfield, the dry conditions and constant temperature of 58 degrees Fahrenheit helpful in preserving them.

Records and data? These add to the conspiracy theory - something like the data held at the Cheyenne Mountain complex in TV's Stargate:SG1. Aliens and the possibility of nuclear attack are embedded in American consciousness and not all of that information is rumor. 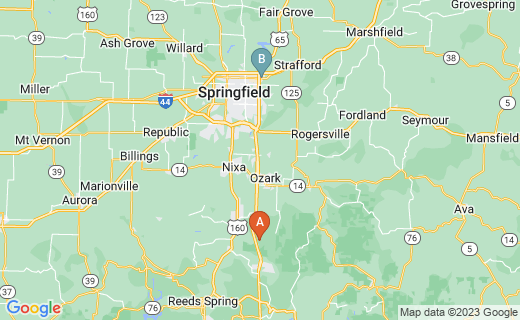 Shadow Government: How the Secret Global Elite Is Using Surveillance Against You
Buy Now

Some individuals believe that the Illuminati are building a huge and impervious living complex in the Ozark Region of Missouri near Springfield. The elite and mysterious group is said to be preparing the estate for surviving nuclear holocaust, plagues, and the End Times, hoping to emerge after Armageddon is over.

The estate is belived to be connected to the Springfield Underground and other entities through underground tunnels and caverns.

A Cable info-tainment channel sent a reporter to investigate the Springfield Underground and tis connection to and the Pensmore estate in Highlandville, Missouri. It is interesting that the two sites lie due North-and-South of each other along Route 65. 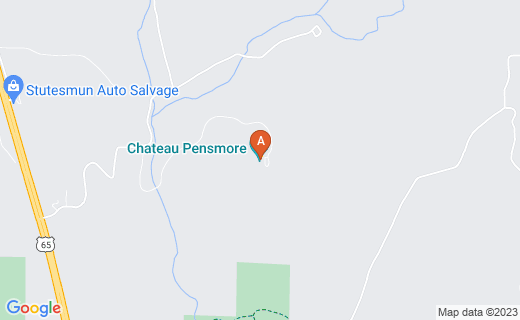 The argument against the conspiracy theory regarding Pensmore is that the owner, Steven Huff, decided to build an experimental house in the Ozark Region of Missouri, because there are no housing or construction inspections conducted there. He felt free to build a mansion that would effectively use zero energy.

The plan is to continue building and to bring in scientists to work on sustainability and environmental issues in a conservation effort. However, Mr. Huff has alluded to disaster-resistant technology. This phrasing causes people to think survival bunker. It brings back memories of stories about the Cold War and expected nuclear devastation. However, Huff is talkikng "tornado proof" and protecting as many homes and businesses as he can withhis developments. I think that this project gives him a new purpose in life after the death of his son at the age of 20 in 2010 of a drug overdose.

Travel Channel show footage shows an investigator touring the huge facility and finding nothing that looks like "Shadow Government" activities. Outside along Route 65, she and sound analysts found no evidence of underground passages leading to and from Pensmore. Forbes.com has written about Pensmore as well, without negative conclusions.

In the mid-2010s, appearances are that no untoward, secret, or End Times survivalist activities are occurring underground in Missouri. The situation warrants watching over the next decade.