The Work Of the Exobiologist Or Astrobiologist In Space Science

It May Be Life, But Not As We Know It.

I'm not sure I'll believe in humanoid life on other planets until I see those people in person, but I'll certainly accept the findings of water, water ice, ammonia ice, increasing numbers of bacteria fossils, and possibly some simpler life forms among celestial bodies throughout space in the meantime.

To Seek Out New Life Forms

Exobiology and astrobiology are terms that are used almost interchangeably, especially in American job listings of the 2010s.

In attempting to define either of the terms, another term comes to mind - xenobiology, used often in science fiction or futurist literature. Xenobiology is the study of life forms in non-Earth environments or most simply put: life on other planets. Having forgotten when I first saw the term, I do recall that it was in a science fiction novel at least two or three decades ago.

A particular mathematical formula or two exist for determining the number of planets in the universe that might support life - see Probability Of Life On Other Planets. In addition, exobiologists search for factors that allow for the support of life when they look to planets and moons for such possibilities.

If you read the novels in the Star Trek: Titan series, you see that life is not limited to the few supportive factors that human scientists regard at present to be important. In the widely diverse crew of the Titan starship, there is all manner of sentient life. We see water breathers and amphibians reminiscent of the Creature from the Black Lagoon, ammonia breathers, a woman that is a giant arachnid who enjoys pastry, a physician who is a T-Rex if he lived on Earth, machines that are inorganic but living, and dozens of others. The expanse of life support accommodations needed make Titan the most expensive ship in the Alpha Quadrant -- But Captain Riker wanted as much diversity as a single ship could hold.

I'd say that we are 200 years away from supporting such a ship at this time - but wouldn't that be a jaw-dropping sight?

Duties of an Astrobiologist

The Occupational Outlook tool of the Department of Labor does not yet list the jobs of astrobiologist or exobiologist. In fact, the closest to either title in the list is closest to the second and is "exotic dancer."

In order to determine the job duties of an exobioogist, we can go to the definition of the occupation and to job descriptions provided in first job listings for the position posted on the Internet. These are for work to be done within NASA or private space companies.

We know that the exobiologist looks for life (actually, carbon-based life) on other celestial bodies besides Earth. He or she looks for life-supportive factors that include:

The job of exobiologist has many technical jobs duties and requires advanced training in a bachelor's degree.

Currently, NASA is looking to hire Directors and Research Space Scientists for its various Astrobiology Institutes and the organization prefers individual job candidates to possess a PhD in an appropriate science. The salary ranges top $165,000 annually, plus benefits.

Sample of Job Duties for the Exobiologist in the 2010s:

As the field of exobiology matures, exobology technicians will be needed as well, requiring different levels of training.

Biologists and the public have speculated on other lifeforms on other worlds for a long time. This book captures an interesting part of that conjecture.

Possibility of Life on Kepler Moon? - from a Star Wars Fan 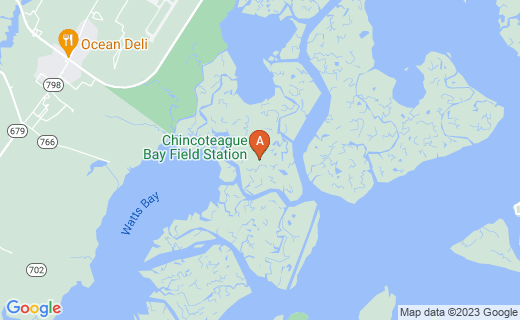 To explore strange new worlds, to seek out new life and new civilizations...

This is what Science hopes to do between 2013 and 2050 in voyages to the moon, near-Earth asteroids, Mars, and the asteroid belt between Mars and Jupiter. With the optimal circumstances in play, planned vacation spots on Jupiter and its moons may even break ground - or ice - around 2050. In our quest to meet new life forms, we may have to settle for new bacteria forms for decades before finding larger beings, if we ever suceed in that search.

Many space exploration and business milestones set from the 1950 - 2050 will be credited to science fiction and futurist creators of literature and cinema dating back to the late 1800s. Men and women dreamed these things and put them on paper and celluloid before they came into being in our lifetimes.

One of the most memorable presentations at science fiction conventions is an extended version of The Firm's song Star Trekkin', which sums up Star Trek: The Original Series in a rollicking six minutes. See it below - just for fun.