Economy and Travel in Ontario Province

After Ontario became a separate province in 1867, Burlington was founded in 1874, a few years after the end of the American Civil War.

Sitting on the western shores of Lake Ontario, between Hamilton and Toronto, the city is included in the Hamilton Census Metro Area. It is a suburb just to the west of the Greater Toronto Area and while the City of Toronto is not increasing in size by population (less than 1% yearly), Burlington is growing more quickly. 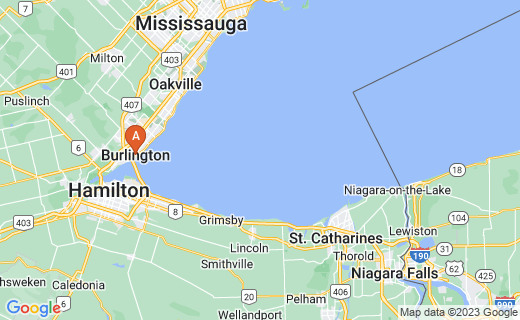 Burlington continues to grow, with nearly 165,000 by 2006 and 175,779 in the Canada 2011 Census. It continues to expand its area downtown on the waterfront and reaches out more towards Toronto as it builds new residential and commercial complexes. The downtown waterfront has become one of the largest new developments, boosting the local economy with increasing tourism revenues.

Burlington is within about an hour's transit of both Toronto and Niagara Falls, making the Toronto - Burlington - Niagara Falls/Buffalo triangle the center of action as well as increasing jobs and tourist influx up to and including the 2015 Pan American and Parapan American Games (see below).

Transportation access is key to maintaining ongoing growth and Burlington succeeds in this with the Burlington Transit bus system, Canadian National Railway, and Canadian Pacific Railroad. The city keeps its metropolitan flavor with its programs involving its sister cities of a Tokyo ward - Itabashi - Myrltle Beach, South Carolina; and Apeldoorn, Netherlands.

Burlington is also in the middle of Canada's largest consumer/industrial market area, the "Golden Horseshoe" around the western end of Lake Ontario. Its economy grows because it is diversified into interests that include tourism, food processing, packaging, electronics, motor vehicles, transportation systems, business services, chemicals and pharmaceuticals, and environmental businesses.

According to Statistics Canada website pages, the Golden Horseshoe includes the Cities of Oshawa, Toronto, Hamilton; St. Catharines-Niagara; Kitchener, Guelph, Barrie, and Peterborough. The economic region produced 59% of Ontario's and 22% of Canada's populations in 2001, while both growing into the 2010s.

Not only does this city encourage buskers to perform in the streets, but it provides five Busker Stops at which performers are free to ply their trade from 10 AM to 9PM mid-June to mid-October each year. Stops are furnished with Stop Signs and scheduled performers change hourly. It's and Arts Fair every day!

Beginning in 2002, Burlington implemented a plan revitalize Downtown waterfront, including infrastructure improvements to Lakeshore Road and construction of a Waterfront Centre; a water playground; retail shops, and a Brant Street Pier. Waterfront at Downtown Burlington now attracts 300,000 visitors a year as of 2009. Brant Street Pier at the foot of Historic Brant Street continues under development as a top attraction on Lake Ontario. The city has implemented expansion of the Burlington Art Centre Addition and the rest of Discovery Landing at the waterfront, including the observatory, a restaurant, water-jets, a skating/model boat pond.

Toronto and Burlington hosted major venues during the 2015 Toronto Pan and Parapan (physically challenged) American Games, which were well attended.

Some folks call the Pan American games the "Olympics between the Olympics." These are similar in structure to the Olympic and Paralympic games in that they are held every four years. However, they include only Western Hemisphere nations and specifically, teams from countries in North, South, And Central America.

Over 40 different countries play 26 sports on the Olympic-sports program of the Games, with 10 additional sports subject to approval by the Pan American Sports Organization (PASO). Further, the Parapan American Games include 11 exciting sports. Six Nations of the Grand River. This First Nation Reserve is home to dozens of events just outside the Golden Horseshoe. 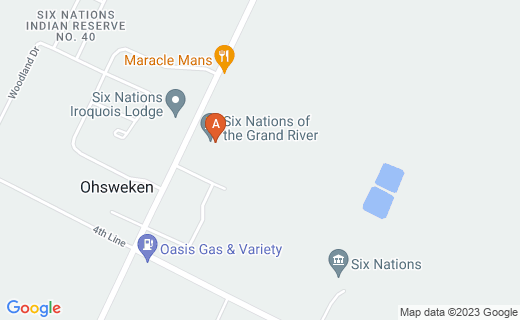 Indeed Canada and SimplyHired Canada are job search and trending website engines that scour all internet sources for job listings.

The sites together found about 60,000 jobs listed for the Greater Burlington Area during December 2018.

This suburb of Toronto is on the MoneySense list of Top 10 Places to Live in Canada, its wealth of new jobs contributing heavily to that designation.