Greenville is the Number 1 Micro-City of the Future, in North America according to fDi Magazine. it was rated on the characteristics of high-quality economic potential, human resources, cost-effectiveness, standard of living, infrastructure, business friendliness, and other.

Greenville, in Northwest South Carolina and Greenville County is the county seat and the manufacturing leader in the state. The city is also the business hub of the Upstate Region.

Greenville is situated on what was once only a single plantation in 1770 and later named Pleasantburg. The Irish landowner received his property in several parcels from the Cherokee Nation after he married a woman from their group and continued on friendly terms with the Native Americans.

The entire county lands had belonged to the Cherokee Nation for many years until the USA moved them out of the state after the Revolutionary War. In 1777, the Cherokee were removed and Pleasantburg became Greenville, while the lands filled with settlers that were formerly from the countries of the UK. 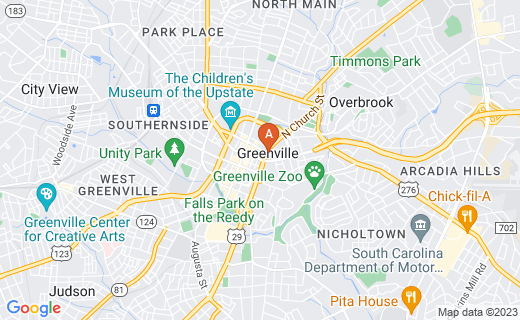 Agriculture was the major economy during plantation years and the advent of the railroads locally in the 1850s increased business sales through transport. Fortunately, the Civil War brought no battles to Greenville and the immediate area and rebuilding was not the major task to accomplish after the war. Manufacturing began to increase and helped to build the economy after the plantation system declined. Manufacturing included textile mills, lumber mills, grainmills, and ironworks, among others. Travel and Tourism continued to grow in the county as well, with nearby Travelers Rest becoming a wagon train stopover point. The entire upstate region drew trade from the wagon train settlers, and later from automobile travelers.

Coca Cola built a bottling plant in Greenville during The Great Depression and made a success of it in the manufacturing sector of industry. The plant still operates today and provides many jobs. Over tim ein the 20th Century, the Greenville County population grew to 438,000 by 2008, or about 1/10 of the population in the entire state.

Travelers Rest is very iteresting in Upstate SC. As Conestoga wagon trains moved westward to California in the 1800s, settlers stopped in this town as a rest stop. A sort of Travel and Tourism Indusry took root as increasing numbers of settlers each year spent money in Travelers Rest and Greenville. In modern times, I have stayed in this town several times on business trips to the area and have found it quite enjoyable and friendly.

As a medium-sized market, the ten-county Upstate region makes up one of the strongest manufacturing centers in the country.

Retail Trade in the Greenville Area

Retail trade is the third largest fast-growing industry in the Greenville area.

The growth in numbers of retail jobs advertised has fluctuated widely from 2005 to 2009, but grown gradually since that time. Numbers of retail jobs peaked to a high of 100% increase in August 2008, but moved up and down, declining again in January of 2008. Retail listings began to rise again in early January and February of 2009 and continued through 2012. 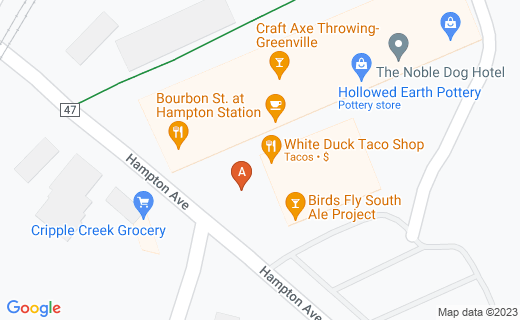 Greenville, South Carolina is the recognized home to many buildings listed on the US National Historic Register.

Several of the Greenville historic structures are located in the Downtown area, among reconstructed commercial facilities and new home and buildings going up in ongoing development and revitalization. Greenville is also the site of one of the last homes designed by Frank Lloyd Wright, adding to the architectural history of this state's Upstate Region.

Downtown, the "Hamptons Condominiums" is a large restoration project that gave rise to Hampton Station.

The development takes Downtown 1920s architecture and refreshes it to preserve a house that was formerly a pastor's home and a church. It includes lofts, garden units, and townhouses for residential space. At the same time, Fluor Corporation added an additional company division in Greenville to concentrate on renewable power to add to already operating nuclear, gas, solid fuel, and air quality control products and services.