Everglades National Park, covering part of the Central and South Florida division, was voted by readers of StoodThere.com in 2009 as one of the 100 Greatest Places to Stand in America to snap a great photo - especially a selfie.

The national park in the "river of grass" clocked in at Number 24 on the list, within the top 25% of great places chosen by readers.

Below Naples at the edge of the Everglades sits the City of Everglades and to the west along the Gulf of Mexico are some other cities voted as Best Places to Retire in Florida by a number of financial, economic, and retirement publications, These places include Naples, Pelican Bay, and Marco Island, among others. Altogether, this part of Florida is a good candidate for job seekers, retirees, and vacationers.

Everglades National Park covers over 2,000,000 acres of a much larger wetlands ecosystem in Central and Southern Florida that have been under a federal development and renewal project dating back to 1948. A large part of Florida was under slow moving water and settlers in the 1800s attempted to drain much of it with unexpected detriment.This 1948 - date project removed some water from the wetlands to allow for building and construction of farming areas, but it also damaged the ecological balance of the habitat.

In 1996, efforts began to restore the natural habitat for native plants and wildlife species, drinking water and farming productivity. State and federal authorities expect the overall project of water control and habitat restoration to continue until 2020 or 2030, with additional development planned thereafter for an additional 20 or more years at a cost of nearly $8 Billion.

In the US Census2010 reports, 6 million people live in the Everglades, impinging more in recent years upon wildlife and plant life and heightening their endangerment status. If loist to us, their absence would cause the demise of this wetlands and loss of vital drinking water in South Florida.

This ecosystem is the only one like it in the world, and local conservation groups and government leaders want to save it.

Largest Wetlands Wilderness in the World 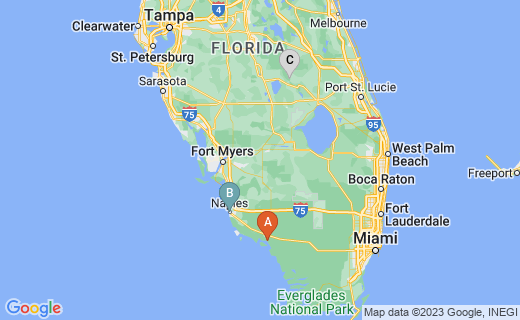 Some of the species not seen elsewhere are the Florida Panther and the Florida Tree-snail that lives almost all of its life up in the trees (except for mating season). Dozens of varieties of orchids appear in this area in contrast to the miles of sawgrass in a once-11,000 square miles of slowly moving water that extended from the City of Orlando and the Kissimmee River to the Florida Bay above the Florida Keys and coast to coast.

By the 2010s, the wetlands had been reduced in size by 50% by overzealous drainage attempts of the past. Restoration efforts are also providing additional attractions to visitors in outdoor activities and sights.

One of the new outdoor activities held in the Everglades is a sport fishing tournament targeting invasive non-native fish. The Miami Herald reported that on Saturday June 24, 2011 a single fisherman won $325 for landing 77 pounds of non-native fish such as the snakehead fish and jaguar guapote, among over a dozen other species.

Non-native fish choke out or eat the native Florida species like weeds and lead to further decline in the habitat (wetlands and canals), allowing it to shrink in water expanse, lose plantlife, become more salty, etc. However, most of these fish are edible and good food for humans, so say the fishermen. The fishing tournament is now heading to its third year as an annual event.

Water Treatment without Chemicals or Machinery

The moving water in the larger Everglades South Florida Ecosystem aids farmers in supporting crops and provides drinking water for all of South Florida.

Interestingly, these wetlands clean water by filtering out pollutants with their root systems (a process used in water treatment by some California cities today), reducing flooding without the canals of the 1800s and the more advanced methods that drained too much water and changed its composition, which drove away or killed wildlife and native plants.

Today, over 350 species of birds live in this ecosystem, sharing it with several invasive non-native species of water plants, vines, weeds, and animals like the Cuban Treefrog and the Bolivian Python. Invasive species are being removed gradually, but make for more interesting variety to visitors in their remaining numbers.

Native Americans, largely the Calusas, lived near and in the Everglades before the Spanish entry in 1513. The Calusas developed a widely organized civilization without draining the Everglades, but were killed off by European-brought diseases almost entirely by the 1700s. The Seminole and other Creek-related groups advanced southward into this land in the late 1700s after removed from their former lands by the US Government. The Seminole are still active in Florida and sponsor regularly held Pow Wows that visitors enjoy.

Earth Day in The Everglades

Actor and activist Ron Hayes portrayed patrolman Lincoln Vail in The Everglades, a television show that often featured the star protecting the land and lives of the small landholder and the local native people. Hayes was an environmentalist in daily life and worked to organize the first Earth Day in the spring of 1970, leading the way toward our sustainability movement today.

During the Cold War in the period from 1950 - 1969, the US Government maintained missile capabilities and/or a rocket factory in the Everglades, because of its proximity to Cuba.

Later in the period, in 1963 during President John F. Kennedy's last year in office, a factory went up in the Everglades. Aerojet-General company leaders felt that their rockets would be a hot item to sell NASA in Florida for the Apollo Moon Missions Program to win the Space Race by 1969. However, the plant was abandoned after six years without a contract or a sale to NASA, which opted for an alternate fuel, liquid rather than solid.

Video by...Coffee and Celluloid on Vimeo.

Jobs have increased in 2011 enormously for the CIty of Everglades and up the Southwest Coast of Florida to Naples, including some 8,000 - 9,000 jobs or more. Although of the same general types of employment, a larger porportion oof them are located aorund Naples than in Everglades FL.

Most of the available jobs are listed in Healthcare, Tourism and related Retail, Accomodations, Dining; and Transport/Freight (Domestic and International Trade) Industries.