What Is the Inland Empire?

The Inland Empire is the combination of California's San Bernardino and Riverside Counties, lying together, north and south, respectively. This land area is inland, slightly away from the West Coast. This sector of California is called an empire, because it contains 120 cities that are growing economically and offering new job openings every year.

In addition, ten of these cities show a high median household income compared to the rest of the south and southeastern portions of the state and ten additional cities are retirement havens that are increasing in popularity in the 21st century. 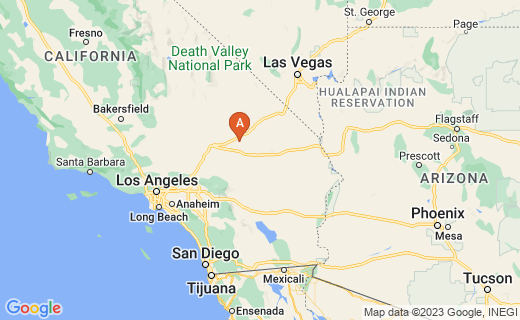 The Inland Empire was a large center of Spanish exploration and habitats of many Native American and Native Mexican Peoples.

The Inland Empire, or IE, is the land of Spanish Conquistador Francisco Vázquez de Coronado. He led an expedition in search of treasures in this inland segment of Southern California.

Coronado searched for the "Seven Golden Cities of Cibola" with 1400 men and many more pack and food animals, but found only Indigenous Peoples and no gold. However, he led the way for Spain to claim California as a territory by exploring the area of what is now the Arizona and California border.

He immigrated to New Spain (Mexico) about 1535, married a wealthy Spanish woman, and became Governor of a Western province, New Galacia. In 1540, he set out northward to find the Seven Cities and came as far as what is now the US, marked by the Coronado National Memorial in Arizona. He discovered the Southeast of America in this way, searching for gold.

After two years of searching, he became satisfied that the Seven Cities were Native American villages and returned to Mexico where he was eventually convicted of maltreatment of Indigenous Peoples and slaves in New Galacia. However, history notes him for his discoveries of the American Southwest, California, and the Grand Canyon.

Some Current Demographics Of the Inland Empire

The US Census Bureau reports that in the combined Riverside and San Bernardino Counties of the census, the percentage of the population that is Hispanic varies between 41% - 45%. Caucasians make up 43% or more; leaving, on average, 14% of Native Americans, Blacks, Asians, and others. Some of the cities contain higher rates of Caucasians and some lower.

The average age of the overall population in the Inland Empire is about 32 years, more than 5 years younger than the rest of the USA.

The fastest growing jobs in the 2010s consist of information technology (IT) positions, including those in healthcare, along with other healthcare positions. Industrial engineering jobs are also fast-growing.

The Distribution of the Top 10 Fastest Growing Jobs, 2016:

The Inland Empire has shown the highest economic growth in Southern and Southeast California. In 2005, the Median Household Income for the Inland Empire was higher than anywhere else in the Southern Region of California, at over $44,000/year.

The rest of the southern and southeastern region fell 34% below the national average.

Highest Demand Jobs in the Area

Snapshot of Wealth and Retirement in 2015

The Inland Empire offers increasing numbrs of green industries and a wealth of green collar jobs in order to promote and encourage sustainability and alternate energy sources in San Bernadino and Riverside Counties.

A green development project known as the Green Valley Initiative reduces long commuting times with new transporation and energy sources and improves regional business and land use for best practices in the 21st century. The project joins social, economic and environmental entities for developing increasing number of new jobs in green technologies and cleaner energy.

The Inland Empire is a national and global hub location for Warehousing, Shipping and Logistics, processing deliveries from Southern California through to the rest of the USA. These industries are strong, expanding in territory, client bases, and numbers of new jobs offered yearly. As a coastal state, California offers substantial opportunities for warehouse, freight, and logistics related to goods potentially arriving from the Far East, the South Pacific, Russia, China, the Australian area, and other regions.

THE 2008 TRANSPORTATION AND LOGISTICS SUMMIT

The 2008 Inland Empire Transportation and Logistics Summit met to plan further expansion of related business and job growth in San Bernadino and Riverside counties in the 21st century. Its hallmark offering was training in new employment recruitment and ongoing employee development.

Such training is necessary in securing, developing, and maintain a strong employee base in order to complete in a global market. It also offered plans for workforce development materials and recruiting for warehousing, transportation, and logistics in grades K-12. This included such activities in school as field trips, job shadowing, summer work programs, and similar.

Corporations and Agencies meeting at the 2008 Summit:

Job Openings in the Inland Empire

Chaffey College produced the book entitled Inlandia: A Literary Journey through California's Inland Empire, with students that attended Chaffey College, as well as faculty and staff, all of whom wrote about their own experiences in the Inland Empire.