Workers in High Demand in These States

During 3rd QTR 2010, analysts at the popular Business Insider online magazine at the web site http://www.businessinsider.com/ published their interesting findings of the Top 10 US States with Ridiculously Low Unemployment. By "ridiculously" low, the staff of Business Insider means that the rates of unemployment among these Top 10 States are significantly lower than the US national average in July 2010 (9.5%) and show signs of staying lower for quite some time.

The range of Unemployment Rates in these 10 states is a low of 3.6% to a high of 6.8% (still nearly 3% lower than the US average). These 10 are states that are expected to exhibit not only low unemployment rates, but directly related to that, higher demand for workers than other states. This trend is likely to extend through 2020 and beyond.

The states on this list may be surprising. Many are states that workers have not considered previously for relocation and jobs, because of distances, perhaps colder climates, and overall less-dense populations. Some workers may even feel that particular areas of these states are "in the middle of nowhere." However, they all present advantages, as you will see below.

What’s different about these Top 10 States from the rest of the country? 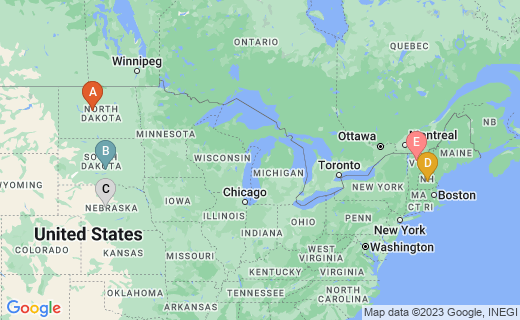 The Native American Nations on a major reservation around the city of New Town discovered additional huge amounts of oil on their lands. They have received contracts and funding for a projected 29 new oil wells beginning in 2010 and have contracted with a Canadian firm to receive billions of gallons of oil from the Alberta Pipeline to process as well.

Not only only are former residents around New Town returning to the area to go back to work, but new workers will be needed soon as well. New housing is already in high demand and with new workers to move into the state, even more housing will be needed. Along with this increase, new businesses will be required to serve this increased population.

Business Insider points out that North Dakota's economy is largely supported by Agriculture, petroleum, food processing, and tourism. However, I feel that petroelum and natural will take the lead in the 2010s, with local petroleum companies next investigating alternative energies.

Health/Medical and various Food Services are advertising the most jobs in this state. Business Insider reports that Services, Government (Ellsworth Air Force Base), and Agriculture sustain the economy. The AFB is, indeed, the second largest employer by numbers employed in the statem while top job openings do reflect Services, including Health Services. Projections also show manufacturing jobs.

Business Insider lists the state economy supported by Agriculture, Freight, Passenger Transport, IT, Telecommunications, and Manufacturing. However, Government is the largest employer, at Offutt Air Force Base and other agencies among the Top 50 Largest Employers.

Agriculture, Tourism, and Manufacturing, along with a highly educated worker pool, are listed by Business Insider as the major economic strengths in this state. In addition, the University System of New Hampshire is the Number One Employer in terms of numbers of workers. This matches the sales and health related jobs listed above.

The Business Insider report finds Vermont economically supported by Farming, Logging, Manufacturing, Insurance, Tourism, and Quarrying. The job listings and projecdtions show a preponderence of Health and Medical jobs, although some of these would be incolved int he Insurance industry and IT can be used in all industries..

The second half of the Top 10 States with Low Unemployment include Hawaii, Kansas, Wyoming, Minnesota, and Iowa. One of these states, Minnesota, is home to the Best City in America for Living in 2010, according to CNN Money Magazine online.

All five of the remaining Top 10 States in this list will be presented in the next Hub on this subject.

FOLOW THIS LINK TO PART TWO 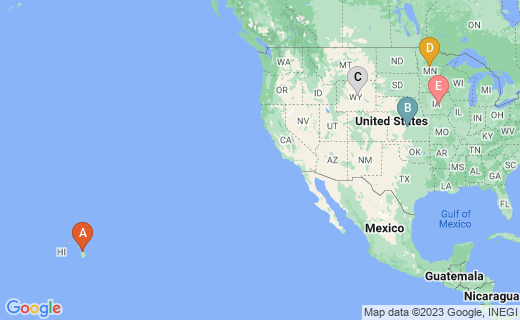