Finding Jobs In Memphis and Southaven On the Mississippi/Tennesee Border

The Bloomberg publication BusinessWeek reported in January 2010 that the number of households in Southaven had increased by 50% from 2000 - 2008, one of the largest increases in the nation. In 2009, the population was 42,567, wuith a 42.51% increase since 2000. This figure makes Southaven the most quickly growing city in Mississippi.

The City of Southaven offers low tax rates and a low cost of living when compared with the rest of the nation. In fact, the Southaven cost of living is 22.47% lower than the US average. These advantages attract new residents as well as new commerical concerns. Businesses contributing most to the local economy in Spring 2010 include Healthcare, Retail, and Transportation/Logistics. Job Growth is expected to be 31.5% to 2020.

Very near the Tennessee Border and part of the Memphis TN Labor and Business Market, Southaven MS is also the hometown of the famous suspense author John Grisham.

Southaven is focused on sustainability for the 2010s and offers on online Carbon Calculator at its city website. it is also a member of Healthy City, a part of the US Healthy People 2020 initiative. In addition, IT infrastructure is such that the city offers magnoliawave.com Wi-Fi internet access thoughout the city for business and residential needs to promote future growth. Its Parks and Recreation Department includes golf, a skateboard park, park shelters, and a number of sports. Special events in Southaven celebrate national holidays, a Springfest, and a Fishing Rodeo; along with big-name concerts year-round.

The Downtown Historic District of 51 & Main is another popular attraction in Sourhaven. It's oldest restaurant, Dale's, began in 1959 as an ice creamery affair and is full-service today wth home cooked meals in addition to well known ice creams.  This area of main street is also a National Historic Street and fun to tour. 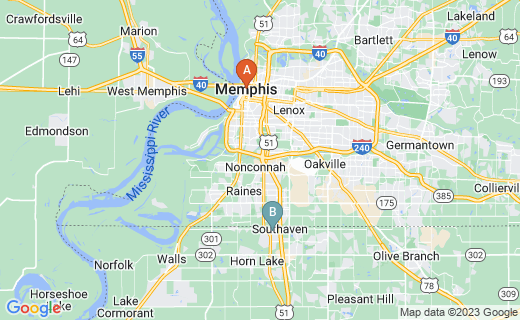 Memphis Area Transit (MATA) operates city busses between Memphis and a stop near Southaven several times a day. The MATA web site shows the Number 43 Elvis Presley line traveling to a point south of Southland Mall. A walk of a little over a mile crosses the state border into Southaven. Taxis are also avaiable from there and some hotels run convenient shuttles.

For both Southaven MS and Memphis TN, employment trends indicated wide fuctuations in the number of listings available to job seekers from 2005 - 2010, with July 2005 being the month during which the lowest number were posted. The latest increase in job listings began in January 2010 and continued through May. Approximately 13,000 job openings were available during the 3rd week of May 2010.

The following list of job titles is estimated by local and federal departments of labor to be those that will produce the largest numbers of new jobs until 2016.

The fastest growing industries for the market area are expected to become Hospitals and businesses requiring administrative and clerical support workers.

The largest local employers in Southaven/Memphis include the industries of Healthcare, Education, Manufacturing, and Financial Data Transactions.

The Southaven Chamber of Commerce points out that Southaven is a great place to retire for its climate and recreational and cultural attractions. A number of senior living apartment complexes as well as assisted living facilities are located in the area and the healthcare system is well known for quality care across the lifespan.

One of the mottoes of Southaven is Forever Young, because seniors can retire in the community and remain a vibrant, active part of it. A specific Forever Young Program for individuals ages 60 and over ensures activity and enjoyment through education programs, card clubs, shopping, dining out, outdoor activities on golf outings and in 21 different parks, and trips to professional basketball games, Graceland, and the Jerry Lee Lewis Ranch. There's plenty to do for fun. 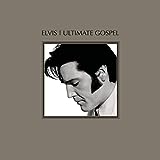