Best Internships For All Ages

Interns Come In All Ages

Hollywood is helping American business accept aging workers by focusing on older interns in films about employment. In 2015, The Intern featured Robert DeNiro at age 70+ as a new intern assigned to a large company started by a younger woman. He showed how the skills and experience of the older generation - Boomers and older - significantly aids businesses to flourish.

An early film, The Internship, starred two men in their 40s (Vince Vaughn and Owen Wilson) who won internships at Google. The experienced difficulties, but were accepted by the younger interns and even provided some effective business solutions with their own experiences.

Internships for retired persons, adults ages 55+, and US Veterans are offered continually by federally funded Education & Training programs under the Workforce Investment Act. Some of these are in Texas, where work is abundant. However, some of the same organizations helping Seniors in Texas are present in nearly all 50 US States.

Senior Citizens Can Be Interns

Because the population of America is aging and retired persons are returning to work, a new type of internship for Seniors is becoming more popular among employers. Hollywood films are reinforcing this notion.

Start Looking In the Winter For Summer Internships and Jobs

The time to begin interviewing and securing summer employment if you are in High School, College/University, a Trade School, or graduating in the upcoming spring is JANUARY. In fact, some summer employers arrange tentative re-hiring of students from the current summer for next year at the end of the season. This is especially true of some internships.

Be on the lookout for Summer Job Fairs at your High School, College, or a venue selected by your county or city Chamber of Commerce or Workforce Development Board. You should be seeing these held between January and April. Watch the newspapers and your city's home page on the Internet for announcements about summer jobs and job fairs. At the same time, contact your former summer employer from last year, if applicable, and apply for re-hire.

Speaking of summer employment and re-hiring, some individuals work each summer at any of the Disney facilities around America, return each summer through high school and college, work a college internship with Disney, and return in full-time employment with The Mouse. That time line seems ideal in career planning if a job candidate can find the right position for himself within Disney or work into it. Some workers that decide to take a job at another company after college often either work part-time for Disney or return after retirement.

With the Disney company or any other employer, begin early in the calendar year to secure summer employment.

Success In Ohio Can be Success Elsewhere

Congress chose to expire the funds and the organization behind the Job Training Partnership act during the Clinton Administration, but many of the local organizations combined with county jobs and family services agencies to form new entities to help adults and youth. They could not offer the huge several-thousand jobs Summer Youth Programs of the past, but they could offer smaller numbers of jobs.

Since 1998, private and non-profit organizations and businesses have partnered with government agencies in bringing additional Summer youth Employment jobs to youth ages 14 - 21. Look for these in your county and city by contacting the local Workforce Development Board and government jobs offices.

Columbus Mayor Michael Coleman has efficiently and energetically supported youth employment in Central Ohio, along with his promise to find jobs for at least 1,000 additional Ohioans in 2011 and growing numbers each year subsequent to 2011.

Helping to sponsor 5 job fairs, he more than kept his promise in that over 1,200 Ohioans found new and substantial employment at $9.50 /hr to $23.00/hr at these job fairs. The Summer Jobs Fairs are about to begin in Central Ohio as well this winter and annually thereafter. Check your local mayor's office for news on youth employment this summer.

Jobs for 15- to 17-year-olds offer 1,000+ jobs across America at any given search period, even in January, including these most-advertised positions:

Find many internships in fashion design and merchandising at: 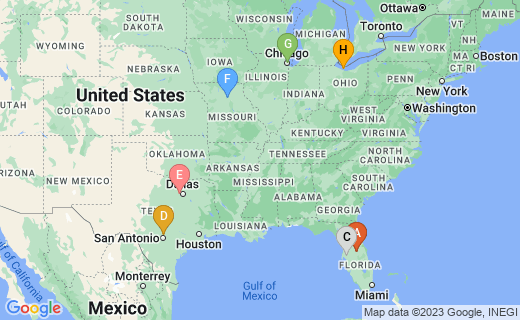 By mid-October 2015, Over 245,000 internships were listed on major job search engines, but with a new twist added. A group of about 10,000 internships connected with franchise opportunities began appearing. In these positions, potential owners can try out the day-to-day planning and operations of a business before making a commitment with an investment. This helps to calm the fears of going into business for oneself.

Business franchise internships are available at these companies:

Although SimplyHired.com and Indeed.com both crawl the Internet and gather total job postings, they overlap and each have periodic blind spots that the other cannot see. Therefore, it is best to search both of these Job Search Engines.

Please add any sources of Summer Jobs that are offered in your area. Thanks!