For the past several years, I have made a living out of investigating allegations of discrimination and sexual harassment in both the public and private sectors. This article is about how an “off the cuff” comment can lead to months maybe even years of investigation (with the possibility of litigation) and misery. The action in this case relates to the creation of a hostile work environment. The story you are about to hear is true; the name of the airline involved has been masked to protect the innocent.

I was flying from Minneapolis, MN to Chicago, IL one morning after participating in a very difficult conciliation conference the day before. The conference was to settle allegations of inappropriate behavior by a manager from an organization I was working with at the time. His split second decision ended up costing the company well over $100,000 in settlement fees and lost productivity while taking over two years to settle. The manager who made the misjudgment did not see the issue; in his mind it was a minor incident and he did not, and still does not, understand the problem inherent in his behavior. During this flight, I was thinking about ways to get the message across to managers that what may be perceived as a little or minor mistake can cause their organizations major problems. Then the pilot of my flight gave me the perfect example to use.

We had just taken off from Minneapolis, for the short flight over to Chicago, when the pilot began the in-flight announcements. The announcements themselves did not contain anything special; it was expected to be a smooth flight and an early arrival into Chicago. Then the pilot finished the announcement with a comment I am assuming was to reinforce the need for passengers to listen and follow the directions of the Flight Attendants. The Pilot said, “Please pay attention to the instruction of our professional, courteous, and usually very good looking, flight attendants.”

This statement was probably the pilot’s attempt at humor and spoken off the cuff with no intention of harm. Over the next few paragraphs I intend to demonstrate how this two second comment has the potential of costing the pilot's company hundreds of thousands dollars in legal fees and other costs.

In the situation I just described, there are at least three distinct groups of people that have a possible claim of sexual harassment claim against the airline:

2) The passengers on the flight that morning: The woman who was sitting next to me leaned over and said, “Oh my! That was a dangerous thing to say, indicating she was less than pleased with the comment.

Sexual harassment is a form of sex discrimination that involves unwelcome[1] sexual advances, requests for sexual favors, and other verbal or physical conduct of a sexual nature when:

2) Submission to such conduct is made explicitly or implicitly a term or condition of a person’s job, pay, career, or

3) Such conduct has the purpose or effect of unreasonably interfering with an individual’s work performance or creates an intimidating, hostile, or offensive work environment.

Can the pilot’s comments constitute a hostile environment? The answer is maybe, probably yes. Here again, many reasonable people would ask, "why"? Recall the basic definition of sexual harassment: unwelcome conduct of a sexual nature. The comment can be reasonably considered sexual in nature and there were at least two people on that flight who would categorize it as unwelcome. One Flight Attendant and the passenger sitting next to me clearly indicated through their actions and words that the comments were unwelcome. Is that enough for the act to interfere with a reasonable person's ability to do their job?

The courts and the federal government over time have established a standard to judge if an act is to be considered a hostile work environment within the framework of sexual harassment claims. The standard is used to determine if the action was sufficiently severe or pervasive. In 1993, in the case of Harris v. Forklift Systems, the Supreme Court unanimously created the standard for hostile environment ruling that sexual harassment is illegal only if a reasonable person would find it sufficiently severe or pervasive to create a hostile environment.

In this same decision, the Court created four considerations to make the determination:

1) The frequency of the discriminatory conduct

3) Whether it is physically threatening or humiliating, or a mere offensive utterance

4) Whether the action unreasonably interferes with an employee's work performance.

With such a high standard, how could a simple statement like "usually good looking" have the makings of a hostile work environment? It can be reasonably assumed that it was sexual in nature, because it is making a judgment statement about the Flight Attendants' looks, which has nothing to do with their duties. In addition, it can be shown that it was an unwelcome action because at least one flight attendant and passenger that took the statement as unwelcome. If these two facts link to one of the three following scenarios then the case for a hostile work environment begins to solidify.

1) If it can be shown that the comment are a part of a repetitive pattern of behavior by the pilot.

2) If the pilot only makes these comments when a particular flight attendant is working with the pilot, again establishing a pattern of behavior.

3) If it can be shown that the company, either actively or passively condones this behavior. Every company has (or should have) some sort of anti discrimination/sexual harassment policy. Whether and how that policy is actually enforced is the issue.

Now that we have established the above, the other thing that has to be shown is that the comment interferes with a reasonable persons' ability to do their job. In this case, it can be argued that the comment the pilot made has nothing to do with the nature of the flight attendant's job. The statement by the pilot, who in the eyes of the passengers is seen as the authority figure, could have the effect of undermining the credibility of the flight attendants in the eyes of the passengers. Since the primary responsibility of the flight attendant is passenger safety, the undermining has the effect of interfering with the performance of their duties. (If you think that I am stretching this, speak to a plaintiff's lawyer sometime.)

With all these conditions set, we can see that a case for a hostile work environment is starting to solidify. Even if all the conditions are fulfilled, it still does not mean that it guarantees that a plaintiff will get a court of law to agree. Still, when you factor in legal fees and time expended the cost for defending a sexual harassment claim will start at about $60,000[2] and go up very quickly.

Let us assume this is an isolated incident, which probably does not meet the severe or pervasive standard for sexual harassment litigation. Does that mean that the company has no risk associated with the pilot's statement? The company is at risk because the statement may still cause the loss of customers. The pilot represents the control and authority on that aircraft; when they speak it is assumed that they are speaking on behalf of their airline. Also with any position of authority, the consumer has a reasonable expectation that the person in that position has a certain level of maturity. There are several recent examples where consumers have successfully sued or boycotted a company because of their practices. Another risk factor for the company is that anytime there are allegations of harassment/discrimination in the workplace it will have the effect of dividing your workforce into opposing camps. It is hard for employees to remain neutral in such cases. Finally, the EEOC or a state/local agency may investigate the allegations. This means the company has to divert its resources, in the form of funds and personnel, to defend the actions of the pilot and its own practices.

Once a company becomes aware of a situation, it has a duty and a responsibility to take action. Here are some simple things that the company should do:

1) Before the act occurs, they should have measures in place, including training and policies, to prevent inappropriate behavior.

2) Address the behavior. All the training and policies in the world are not going to stop everyone. If the company addresses the behavior right away, it will go a long way in preventing future occurrences and litigation. Addressing the behavior does not automatically mean termination nor does it mean a final written warning. The response by the company must fit the nature of the violation. If it is a one time incident, a simple verbal mentoring conversation may do the trick.

Where most companies get into trouble is when they do not want to recognize the issues or address the behavior. Here is a short sampling of excuses that I have heard in the past:

5) "I already do too much paperwork."

6) “Why is only one person complaining?”

There is one more reason why a company may want to ignore this situation. Chart 1[3] shows the gender breakdown of the careers utilized in this article. According to the U. S. Department of Labor, Aircraft Pilots and Flight Engineers is a male dominated career, while a Transportation Attendant is female dominated industry. To the airlines companies, pilots are a valuable commodity and are granted a great deal of leeway in their actions. While the plane is in flight, the pilot has the authority, he/she has been charged with the safety of the plane and the passengers, and is in command of the crew. As such, there is a hierarchy of status that introduces a level of intimidation, which limits the reporting of incidents by crew members.

When a company or a manager decides to make excuses instead of addressing the issue they become enablers to perpetuating the behavior, thus, dramatically increasing their liability. By addressing discrimination or harassment claims, the company will save time, money, employees and customers. The courts have consistently shown that if a company takes appropriate actions at the early stages of a hostile situation their exposure to a negative ruling is greatly decreased.

For this article I purposely picked a statement that could not be easily placed into the category of contributing to the creation of a hostile work environment. I did this to show how one simple statement, whether there was intended harm or not, can cause the needless expenditure of time and resources. Just think, if this pilot had just limited the in flight announcements to, "Remember to listen to your professional and courteous, flight attendants", you would not have had to expend the time reading this article.

[1] Two key components of the definition of sexual harassment are UNWELCOME and “sexual nature”.

[2] The figure includes legal fees, lost productivity and time spent preparing a defense, this does not include settlement costs. 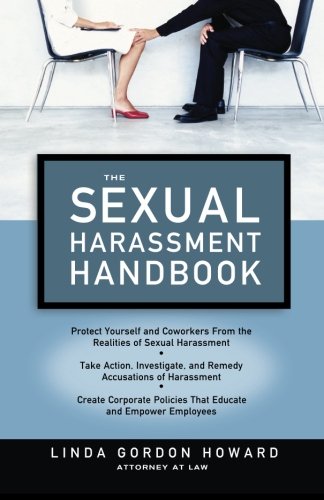