Corporations: Why Walmart is bad for America

Why Walmart is Bad

Everyone knows Walmart, since they are the world’s biggest retailer. The real question isn’t if you have heard of them or not, it is how much do you really know about them? Do you understand how they became the company that they are today? What about their business practices or how they compensate their employees? I think it is fair to say that the majority of consumers do not know much about the company, just how low their prices are on their favorite items.

We have all seen the negative effects that bad companies have had on our nation. The Enron scandal eliminated retirement pensions for thousands of employees; when the warning signs were recognized it was too late to save these accounts. What puzzles me is how we have a company that operates like they do and not too many people are concerned about how they conduct business, with only a few exceptions.

Obviously unions are one of their most vocal opponents because their employees are non-union. Labor rights groups have stood up against them as well because of how they are obtaining these cheap goods and if the workers in China (or wherever) are being treated fairly, and paid reasonably. Smaller local groups have also formed to fight new Walmart’s coming into their neighborhoods or when an existing store is proposed to become a Supercenter.

Do you shop at Walmart?

Why Walmart is Bad for America

Economists have taken a look at what the ramifications are to a state with Walmart’s in it and the numbers might surprise you. Since the company doesn’t offer the best compensation structure for wages and benefits some of their employees are actually receiving government assistance for medical care and food. What troubles me with this is that they makes billions in profit every year, but can’t get their employees decent medical insurance and this is one of my primary beefs with them as a company.

A study by University of California Berkeley back in 2004 determined that my state, California, was paying 86 million dollars in health, food and housing assistance on Walmart employees. The study showed that the employees couldn’t get by with their wages and needed something from the state to help get by. As a taxpayer here in the state I am being expected by their rich executives to subsidize their employee’s compensation so the big shots back in Arkansas can get fatter bonuses, which doesn’t sit too well with me.

This report was based on approximately 44,000 employees spread out to 143 Walmart’s and Sam’s Club stores. Quick math shows that each facility costs the state just over $600,000 in subsidies to the store’s employees; no wonder our budget is such a mess these days.

Their own website lists, at the end of April 2012, that California now has 214 facilities and just over 72,000 employees. If the same average in 2004 still applies in 2012 the state of California is subsidizing over 128 million dollars to their employees every year. Seeing my state exploited for that much money, by one of our own American companies, makes me sick to my stomach.

Why is Walmart Bad

With the tremendous size they hold incredible power over their suppliers, and reports have been issued how they used this advantage to blackmail better deals for the company, to make more money for the company. I’m not bothered by a company negotiating a better deal for themselves; what upsets me is the way that they do their ‘negotiating’.

Walmart has also received negative press for paying women less than men for the same job, closing stores that vote to unionize, hiring illegal workers to clean stores and the latest problem of bribing Mexican officials to get stores built sooner by skipping the necessary reviews. I am pleased that the Mexican bribing issue is being formally investigated however any fines will be peanuts.

Do you have a different opinion of Walmart now?

As a consumer I have the choice on where to spend my money for products, just another perk of living in the USA. Since I enjoy these freedom I don’t shop there because I don’t agree with how they do business; my money will not support what they do. I know tons of people that don’t care how that cheap shirt got to the rack, or the great deal on crackers, but I know how the prices got there and who the company exploited to make it happen.

For these reasons I think the company we see today is bad. I’m not old enough to remember how Sam Walton ran the company but I have heard from others that, if he were still alive, he wouldn’t be running his ship this way. Unfortunately his kids, who kind of took over when Walton passed away in 1992, seem to be more concerned about stuffing their pockets than taking care of their employees. This greed has made them some of the richest people in the US but it has also started to force some people to take a stand against the company because of their methods.

The sooner we all really understand what makes them tick the better for us all. What the company needs to do is step up and be responsible for taking care of their employees, instead of pushing this responsibility off on the states. With over sixteen billion dollars in profit in 2011 they’re good for it. 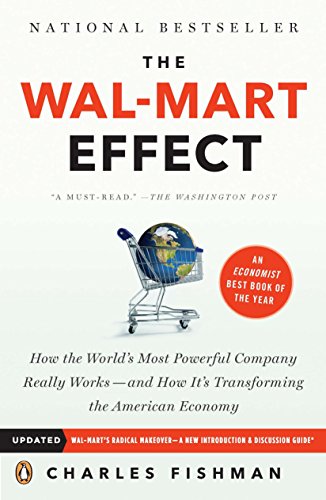