Wealthiest Women in the UK in Business and Charitable Causes

Rich Or Lucky? Top 10 List of Female Billionaires in UK

That may or may not be true, but the charities the inherited fortunes support may be important.

Interesting, out of this Top 10 List of Female Billionaires in UK garnered from Forbes,com and news media for 2012, we see that the Number One and the Number Ten persons seem to do the most for charities and causes.

If you have any additional information on charities or causes these ladies support, please list in Comments below.

Singer/Songwriter Kirsty Bertarelli is an established star. A decade ago, Kirsty penned All Saints’ William Orbit-produced smash hit "Black Coffee", which reached number one in the UK and in 2010 her album "Elusive" reached the top 20.

Ms. Bertarelli is a multimillionaire in her own right, largely through pharmaceutical sales, even though she is married to a billionaire. Her career has been successful in a number of industries, beginning with her Crown for Miss Universe and Miss UK in 1988.

WORTH: Ernesto and Kirsty Bertarelli combined, pharmaceuticals: £7.4 Billion (11.5 Billion US dollars in July 2012)

People tend more regularly to look at pharmaceutical companies as evildoers. This has increased with the $3 Billion fine levied against the giant company GlaxoSmithKline (GSK) for marketing drugs for off-label uses without permission.

Surely, Ms. Bertarelli must deal with more reputable firms. In fact, yes - Serono is the biotechnology giant owned by her husband until 2007.

The UK Government and the Bertarelli Foundation created the largest fully protected marine reserve in the world at the Chagos Marine Reserve of the Indian Ocean.

Ms. Bertarelli supports the Creative Minds Festival, beginning from its first annual production at Stoke-on-Trent during Summer 2012 from July 3 - July 7.

The celebration is an arts festival for entrants of all ages. For an entire week, it displays drama, film, music, and fine arts at The Regent Theatre in its Creative Learning department under funding and volunteerism from The Bertarelli Foundation.

Mrs Bertarelli is married to Swiss-Italian biotechnology tycoon Ernesto Bertarelli, who created the Bertarelli Foundation. Delightfully, "the festival will engage with people of all ages, faiths, gender and ethnicity in the creation of short pieces of music, song, drama, film or artwork." This is all inclusive - one can be an infant finger painter from the local Y program or a new Grandma Moses, not to mention garage bands and church singers. Simply anyone can enter.

The closing of the festival includes invitations to selected performers at the event to return to the venue on Saturday evening, July 7 for The Creative Minds Awards Evening, a red carpet event at The Regent. They will remember their awards forever and this is a good cause for any company to sponsor.

This entrepreneur is a singer-songwriter of old and released a hit single in 2012 called Free Of War. 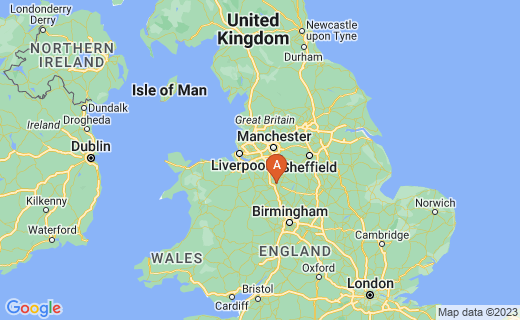 While this millionaire inherited some money, she amassed a bigger fortune than her controlling partial interest in Heineken products.

Married, with 5 children, this successful woman is heiress to a beer fortune. originally from Holland (The Netherlands), she is the ranking billionaire in that country, but #120 in the world, by Forbes reports.

Tina and Sir Philip are the target of tax investigations in the UK (Reference: UK Uncut).

Kirsten is the cousin of Eva Rausing, a billionaire who died in 2012.

Kirsten breeds horses at her stud farm Lanwades and owns a second stud farm, also in Suffolk UK. She also is or has been director of the Jockey Club Estates and sits on the board of Tetra Laval.

An Unfortunate Ending of Wealth

Eva Rausing was a billionaire in the UK worth £6.4 Billion or $10 Billion in American dollars in July 2012.

She was the heiress of the Tetra Pak food packaging fortune. Her husband is Mr. Hans Kristian Rasuing, arrested recently on drugs charges. He and Ms. Rausing both supported Britain’s Prince Charles in his charities.

Two such charities are:

WORTH: $1.7 Billion from Real Estate.

This billionaire in the UK is the largest shareholder of Renhe Commercial Holdings, a Chinese real estate firm listed on the Hong Kong Stock Exchange. She makes underground bomb shelters into shopping malls.

7) Dame Mary Perkins, Dame Commander of the Order of the British Empire

Dame Mary made her fortune in eyeglasses and continues to do so in 2012 via Specsavers discount eyeglass chain.

Her fortune comes from a group of gaming enterprises: Bet365.

This wealthy woman as an elite international fashion model.However, her larger wealth comes from a divorce from the much older Bernie Ecclestone through his Formula One motorsports enterprises.

CHARITIES: She supports the charitable British-Croatian Society in London UK.