What American Companies Have the Most Employees?

Who's Hiring and Who Has the Most Staff?

HUBPAGES QUESTION: What Companies Have The Most Employees? -- asked by PhoenixV:

This Hub will answer a HubPages Question with three sets of data:

In addition, the Hub will show readers where open jobs with these companies are located.

Private Companies with the Most Low Wage Employees

This is the 2013 list of the top 10 low-wage employers in America. The companies in bold print also maintain the largest numbers of earners overall in the USA.

*Yum!Brands' Top Executive is paid total compensation of $20.4 Million annually or $10,206 per hour, which is the highest top salary among the Top 5 companies above with the most low-wage workers. Each employee in the fast food units and offices works to send $1,401 each back to Shareholders in dividends and stock buybacks. Many people feel that at least part of this money could be used for higher wages. People are asking - "One person gets over $20,000,000 from tacos?"

This "Yummy" group of restaurants is headquartered in Louisville, Kentucky and operates at least 39,000 restaurants around the world in 125 countries, beating McDonald's for the Number One Fast Food Chain globally in a) number of restaurants and b) number of employees. In April 2013, over 34,000 jobs are open for Taco Bell in the USA, with over 124,000 Pizza Hut jobs, and 10,900 KFC jobs. Just about all US cities have openings.

In April 2013, many McDonald's and other low-wage workers in New York went on strike - even without a union - to demand a rise in hourly wage from the Federal Minimum of just over $7.00/hr to more than double: $15.00/hour. However, on a 20-hour-per-week job, the increase would be about $1,375 more than the amount paid Shareholders per employee. Menu prices would at least double to compensate.

Largest Private US Employee Pools of Any Wage

The companies in bold print are also companies with the largest numbers of low wage earners in America.

COMPARISON: Top 10 American Companies with the Most Profits

These Top 10 Companies include 2 energy concerns at the head of the list, 3 Information Technology (IT) companies, 3 finance corporations, 1 automotive company, and 1 retail chain.

Only the last two companies, in bold print, in this list appear on either of the other lists. they are both among the largest maintainers of numbers of emloyees and Walmart is a top low-wage earner employer.

The companies in bold print are also companies with the largest numbers of low-wage earners in America.

Thus far, WalMart is on all of the lists presented above. It is the world's Number One Employer in terms of number of employees working and in the USA, the private company having the most low-wage earners and the most profits at the same time. One leads to the other.

The amount of payments to WalMart shareholders in dividends and stock buybacks was $11,300,000,000 total or over $8,000 per employee. Each employee helps send $8K to stockholders by working at WalMart, often in a minimum wage position. Meanwhile, such employees (even full-time) often cannot afford to pay rent rent (see the book Nickel and Dimed).

All this indeed makes me think twice about purchasing anything from WalMart, Yum!Brands, and Target - and I must say, Target groceries in Ohio are more expensive than Kroger Supermarket groceries.

Top 20 Private Companies with Most Employees 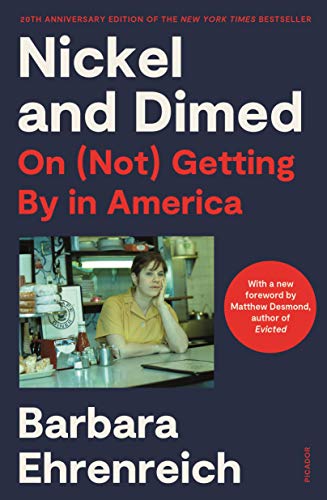 Nickel and Dimed: On (Not) Getting By in America
A investigative journalist goes out into the low wage world for several months and works at minimum wage, full-time jobs in different cities at a hardware chain, diners, and WalMart; and finds that she cannot afford the lowest priced apartment in any of those towns.
Buy Now

Where Are the Jobs?

McDonald's is located in at least 100 different countries. Check SimplyHired.com in all its country versions for McDonald's jobs or go to McDonalds.com. On April 6, 2013, SimplyHired listed nearly 70,000 jobs for McD's across the USA. This included Crew People, Managers, Shift and Swing Supervisors, and others. The top 10 countries with the most McDonald's stores and emplyees are USA, Canada, Puerto Rico, US Virgin Islands, Costa Rica, Guam, Japan, Netherlands, Panama and Germany.

Growth of McDonald's Jobs Is Decreasing In USA

In early April, Target in the USA advertised only about 4,000 jobs, mostly Team Leaders, Sales Leaders, and Distribution/Logistics staff. With a huge headquarters complex in the Nicollet Mall in Minneapolis MN, Target is the largest seller of gift cards in the US, because the cards do not expire and have no service fees. From 2013 - 2015, the company plans to construct up to 150 additional stores in Canada. Australia is another bastion for Target Stores.

The US markets having the most Target job openings are Minneapolis-St. Paul MN, Tempe AZ, Chicago IL, Las Vegas NV, and Cincinnati OH.

Over 25,000 jobs are available at Sears and KMart stores in America i Sales, Merchandising, Loss Prevention, Food Service, Technicians, Automotive Installers, and Stock.

Largest Markets of Sears and Kmart Jobs In America 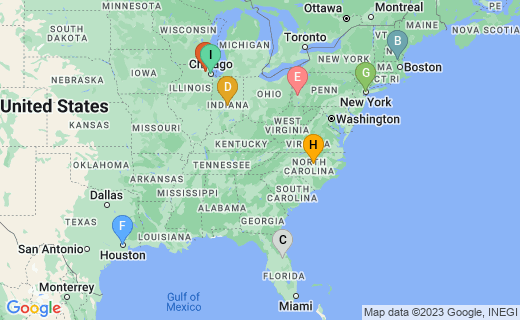 Low-wage and more highly paid WalMart Jobs are all over the world (see map below), with additional countries targeted for new business. WalMart also uses a log computerized personality kind of test upon application and job seekers often find it irritating, intrusive, and sometimes offensive. The whole controversy of Background Checks becomes an issue as well.

Jobs in the USA during the first week of April 2013 included 3,400 openings, largely in Pharmacy Internships, Pharmacy Technician jobs, and other pharmacy related positions. 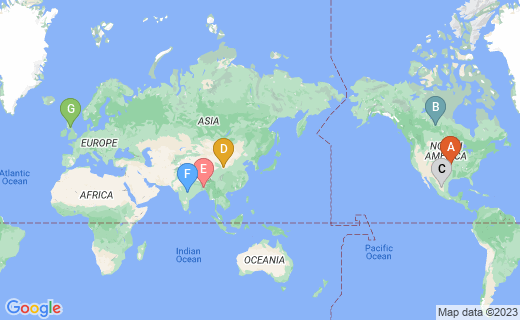