Why “Yes Men” Are Bad For Business

Carola is an entrepreneur and free-lance writer. She has worked in the business world as administrative support for many years.

We have all seen “yes men,” or for the sake of clarity in this article, “yes people,” in action on TV. These people scurry around behind the boss, saying “yes” to any question even if their answer goes against their own beliefs.

They turn a blind eye to anything wrong in the company and cover up failures and mistakes.

A 2014 research study by various business schools at Georgia State University, Wake Forest University, and the Miami University of Ohio found that the failure of corporate projects or escalating costs can often be traced to yes people who misrepresented the status of their projects.

Why people misreport or misrepresent themselves

Executives tend to attribute misreporting to the employees’ poor ethical behavior, the work climate, cultural norms, and their personality traits.

There are a number of reasons why yes men or women misreport.

Experts recommend that executives spend more time studying the members of their project teams, particularly those in management positions.

Executives need to be wary of workers who seems to be risk takers or overly optimistic.

Employees do not accurately report the failure of projects: Many employees will try to put a positive twist on their reports to senior management. They may also feel inhibited by an organizational climate that is not receptive to bad news. An executive should be able to trust in their employees but also need to verify what is really going on. The executive should seek the opinions of other employees who are involved in the project, and survey people at different levels.

Yes people are unwilling to take responsibility: When things go wrong, yes people are not willing to admit mistakes or failures on their part. Instead, they blame others, claiming that other people executed instructions poorly or had a bad idea. This behavior can antagonize and alienate other staff, causing dissention.

Audit teams may lead to staff misreporting: An audit team is supposed to monitor what is going on in a project, but may actually be contributing to the problem of misreporting. Some employees that are reporting project status information may distrust the auditors and react to them by being deceptive about the status of their work.

The auditors, on the other hand, will conclude that the employees are either untrustworthy or incompetent and increase their scrutiny. The result is that employees will become even more defensive and do more misreporting.

A senior executive being in charge may increase misreporting: Project managers will often appoint a senior executive to oversee all major projects. This appointment is supposed to provide visible leadership and a source of organizational support and resources.

Research suggests, however, that the more power employees think that the executives have, the more likely they will be to misreport. The career aspirations of senior executives and project managers can often skew project results towards the positive side.

Experts say that having a company Project Management Office can help by providing a trained leader to help mentor the project managers. The Office can also become a resource that project managers can access when problems come up, instead of managers taking information to a supervisor.

Executives often ignore bad news: Many employees are unsuccessful when they try to share their concerns about a project with powerful decision makers who can stop or change the course of a project.

Another problem executives have is overconfidence in the project, which could cause them to ignore bad news and escalate their commitment to a failing project. Experts say that many of the corporate disasters that have occurred during the last 20 years are partially due to executives who were overconfident or overly committed. 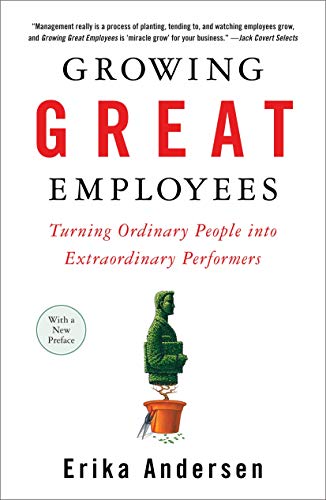 How executives can discourage yes people behavior: Executives should be open to feedback from various stakeholders. If they do not take warnings seriously, they risk creating a silent climate where employees are reluctant to report bad news because they fear being penalized or fired.

Company leadership should be open to creative feedback and differing opinions. Some companies have gone belly up because of an unspoken rule that people who dissent will get fired.

The company Lehman Brothers, for example, had a management and board of directors that was so agreeable that no one dared to warn the company that their decisions were leading them into a financial crisis. Unfortunately, many executives do not encourage employee feedback.

Characteristics executives should look for in employees

In the end, yes people are looking out for number one. They want to do things the easy way or the way things have always been done at work. They do not want to deal with failure or be held accountable for their mistakes. Yes people are looking big raises, promotions, and praise that they often do not deserve. Their lying and devious behavior creates distrust and dissention in the organization.

Eventually, yes people will become resentful that they are not getting what they want, and may gossip or be disruptive. Executives need to make a decision whether they will address this behavior or fire the offending employees in order to persevere the health of their organization.