We think of the Dakota Nation as people living in North and South Dakota and Nebraska as Plains Indians, but this group of Native Americans once lived in Minnesota and Ohio after 10,000 years or more of migration eastward from the Pacific Northwest. As historical agents, this group brings increasing numbers of visitors to Woodbury, increasing the need for service businesses to meet their needs around the Minneapolis-St. Paul market area.

The town of Woodbury began as Red Rock to honor a sacred rock on the town's site, painted ceremonial red by Chief Little Crow of the Santee band of Dakotas around what became Minneapolis, St. Paul, and Woodbury. His original name was Tayoyateduta, meaning His Red Nation or His People are Red; thus, the red rock. The town was later renamed to honor a Supreme Court Judge, after another Red Rock, Minnesota was discovered.

Support of the Santee Sioux

The 20th century's Indian Education and Self-Determination Act of 1972 aided the Santee, particularly those who had fought willingly for the USA in WWII, Korea, and Vietnam. Some were code talkers in WWII, most of whom went unrecognized until 2013.

The 1972 act allows for control of the Santee band over their own internal affairs. It has been a long journey back and forth over the continent for them. During the years between 1862 and 1972, the lands purchased by America from the Santee became Minneapolis, St. Paul, and their suburb of Woodbury.

Interestingly, the Native American population of Woodbury is still around 5% or more and higher than in most other parts of the country.

Lands purchased by America from the Santee became Minneapolis, St. Paul, and their suburb of Woodbury. 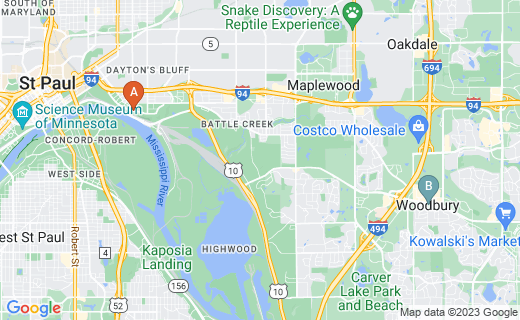 Woodbury is an Outerbelt suburb of Minneapolis.

White settlers arrived in the local area around 1844 from Germany and the Eastern US. Woodbury was founded as Red Rock to honor Chief Little Crow in 1858, until it became Woodbury in 1859. Additional settlers came from diverse Europe and Scandinavian countries.

The town originally enjoyed a thriving timber potential, but the land was cleared for farming. This produced crops of first wheat, then barley, corn, potatoes, and soybeans during and after the Civil War timeline. Post World War II, Woodbury advanced through technology and applied new methods of fertilization and crop rotation that increased production during the Cold War.

Woodbury Days Council and Events: This is a 3-Day Festival held at the end of summer every year since 1978 to celebrate Woodbury, incorporated in 1967.

In the 1990s and 2000s, Urban Development and urban revitalization helped to draw additional residents and business concerns into an already growing suburb of Minneapolis. Sustainability is seen in a priority focus, especially for open and green spaces, the stewardship of natural resources, and alternative energy concerns taken on by local governments in the area. This is another turn of the circle, back to a more natural time enjoyed by the first inhabitants, but aided by 21st century technology.

The advancements have made Woodbury the 21st Best Place to Move in America for work, as named by Forbes.com.

Woodbury is a suburb located 12 miles west of Saint Paul MN, between I-94 (which extends from Ann Arbor/Detroit to Billings, Montana) and Minnesota State Route 10.

In Washington County, Woodbury is very near the major Twin Cities airport (see map below) and about 20 miles from the Mall of America.

Information Technology (IT) jobs are expected to increase most, with Healthcare positions coming in second place.