Black scientists and inventors have blazed a trail of exploration and innovation from ancient times right up to the present day.

It is so important to celebrate Black achievers and role models. Black young people often do not think about careers in the sciences when considering their career options.

Many people of African heritage have made huge contributions to the fields of science and technology, and we can learn from their examples. This lens is a resource for parents, children, schools and colleges.

Video: The Legacy of Imhotep - Video about the Achievements of Imhotep

Imhotep ws an incredibly creative scientist and inventor who lived in ancient Kemet (Egypt). This video describes some of his achievements in the fields of archaeology, engineering and medicine. Imhotep can be considered the father of modern medicine. Such were his contributions that he was revered as a god by the ancient Kemetians (Egyptians) and Greeks. For more about Imhotep, scroll down. 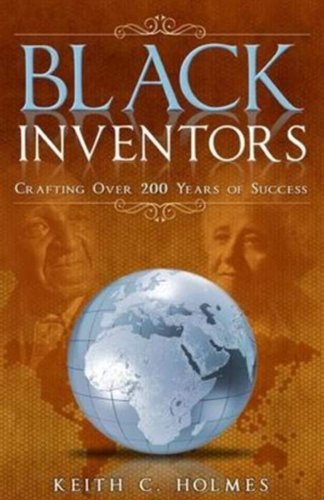 Check out the interview with the author below.

Black Inventors, Crafting Over 200 Years of Success: Interview with the Author

Why do we need to have positive Black role models?Â

Very good question. All of us aspire to become or accomplish some great goal in life. The examples of men or women before us can determine our outcomes. We are all inspired by the great work of men and women throughout history who have made a difference. Imagery plays a important role in how we see ourselves accomplishing our goals. Whether our goal is to become a good writer, researcher, doctor, athlete, entertainer, Prime Minister or President, we must have a precept or role model to follow.

Why is it important to learn about Black scientists and inventors?

We need to see more Black men and women inventors and scientists as role models in books, newspapers, and social media. We need to hear their stories of how they became successful in their fields. When we think of the accomplishment of Black people it is clear that men and women of color are excelling in the sports and entertainment industries. We have a number of role models in these fields.

Below is a chart of the chances of making it in these areas:

National Basketball Association are one in a million.

National Football League are one in forty thousand,

Women National Basketball Association are one in five thousand,

Rapper or hip hop artist, one in ten thousand.

Yet the odds for becoming an Inventor are one in three thousand. An inventors ideas and innovations can impact one's family, community, nation and the world. Those odds become less when one considers other areas, such as engineers, chemists, physicians, physicists, information technology...etc. The salaries in these industries can be astronomical.

For a long time, the information about Black inventors and scientist has been limited in writing to the innovations and inventions with regard to African Americans. My research and findings have uncovered a plethora of innovations and inventions by Black people who reside in Africa, Asia, Australia, Canada, the Caribbean, Central and South America, Europe, the United Kingdom and the United States. This is important because it gives a global impact and presence with regard to Black scientists and inventors.

What made you decide to write this book?

In 1988, while attending the International African Arts Festival in Brooklyn, New York. I purchased a copy of "Black Inventors of America", written by Burt McKinley. I read the book and I was thinking about buying additional copies to sell. But I got an opportunity to talk to my mentor, Dr. Ra Un Nefer, who advised that I could write a book about Black inventors. I took his advice, and little did I know then that it would be journey of intense research, discovery and writing that would take twenty years to complete.

What have people told you they enjoyed or appreciated most about your book?

The fact that it's a book that focuses on Black inventors from a global perspective and it's information that can relayed to children, students and educators.

Which three Black scientists/inventors are you most inspired by, and why?

Dr. Amina Odidi, Canada, earned her Bachelor of Science inÂ Pharmacy from Ahmadu Bello University, Nigeria, and her PhD from the University of London, in the United Kingdom. She is the founder, President,Â COO and Co-Chief Scientific Officer of IntellPharmaceutics Corp., Mississauga, Ontario, Canada. She is an inventor and co-inventor who hasÂ received ten patents related to controlled-release drug products.

Dr. Cardinal Warde (Barbados), has received over fourteen patents related to the telecommunications industry. But it is his work in developing programs that assist young people in the areas of science and technology that interest me most.

I am also most inspired by the co-invention of the one gigahertz chip invented by Marc E. Dean (United States). His inventions has transformed our world intoÂ  smartphones, tablets, laptops and access to banking anywhere in the world just to name a few of the enhancements by its creation.

In ancient Kemet (Egypt), during the reign of the Third Dynasty king Djoser (ca. 2630-2610 B.C.E.), Imhotep was an important official at the Pharaoh's court, and a priest. He is credited with the invention of architecture, engineering and medicine. Later, he was worshipped as a god of medicine.

Through his influence, the ancient Egyptians developed antiseptics, vaccinations and advanced surgical techniques. For these reasons, Imhotep is considered to be the founder of modern medicine.

The first medical schools were founded in ancient Kemet six thousand years ago, which demonstrates just how long African people have been inventing things. Homer stated that "in medicine, Egypt leaves the rest of the world behind". Many of the ancient Greek philosophers believed that their religion, on which was based the entirety of Greek society, culture, religion and philosophy, had originated from Kemet, and many ancient Greeks sent their children to study in Kemet and other parts of Africa.

Imhotep is credited with the building of the first building made entirely from stone.

Black people have made so many contributions to our civilization in so many different varied areas. For too long, those contributions were ignored, denied, co-opted and just refused to be recognized.

George Washington Carver was born in Missouri during the Civil War, sometime around 1864.

Carver was accepted at Highland College in Highland, Kansas but the college administrators denied him admittance once they discovered he was Black. He took his first degree at Iowa State Agricultural College.

George Washington Carver is best known with having produced over 300 uses for the peanut.

Every time you use bleach, give a thought to its inventor - George Washington Carver.

Following a car accident, Dr. Drew bled to death when a segregated hospital refused to admit or treat him.

Dr. Dean has worked for IBM for many years and was involved in the development of the personal computer. He holds three of IBM's original nine patents, and holds a total of 20 patents at this time.

With his colleague at Bell Laboratories Gerhard Sessler, Dr. James E. West invented the electret microphone, which they patented in 1962. This microphone is used in every telephone, and 90% of all microphones are electret microphones. In addition to being acoustically accurate and reliable, it is small and portable.

Some of the sources of the information in this lens are listed below.

Which Black Scientist/Inventor Inspires You Most? - Please leave your comments below.