Practical EQ - Emotional Intelligence for the rest of us

Emotional Intelligence: what this lens covers

Emotional Intelligence - just a fashionable buzzword or something you need to know about? If you are involved in management, sales, education, or running a business, I'd say the latter.

Although some overhyped claims have been made for EI in the past - especially by management consultants and publishers of EI assessments - it's now well established that emotional intelligence 'competencies' do contribute significantly to performance. In fact, the importance of 'EQ' compared to IQ increases the higher up the management ladder you get.

If you need an overview of emotional intelligence and some pointers to good sources for more information, this is the lens for you!

What is Emotional Intelligence?

- and why it is so important

Originating in the work of academic psychologists John Mayer & Peter Salovey, and Reuven Bar-On, in the 80's, EI quickly became a business buzzword when Daniel Goleman's bestselling "Emotional Intelligence" was published in 1995.

Packed as it is with brain science and case studies from business, psychology and education, it wasn't that easy a read compared to many popular business books - yet it became a bestseller.

Why? Because it hit a chord with the times. As the pace of change speeded up and old certainties started to fade, people began to realise that the old-fashioned command-and-control style of leadership wasn't cutting it.

Being good with logic, language and number-crunching - the abilities that schools and the college system select for - are not enough on their own. The heart is more important than the head when it comes to motivating people and connecting with customers.

The business relevance of EI comes from this simple question: how much of themselves do people bring to work? In many workplaces, people check their passion, creativity and humour at the door every day when they show up. I've worked in places like that and I bet you have too.

The businesses which succeed in the 21st Century will be the ones which harness 'discretionary effort' (the stuff that people do beyond what they have to) by making it possible for people to bring the whole of their intelligence - emotional as well as intellectual - to work with them.

The Five Best EI Links for Managers In A Hurry

The Five Best Books On Emotional Intelligence for Managers

These are the books that will give you the quickest return on your investment of time in reading them. 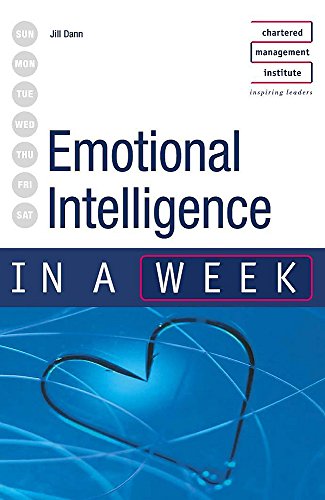 Emotional Intelligence in a Week
As the name suggests, a quick overview of EI and the one to go for if you have to get a handle on the concept quickly.
Buy Now

Primal Leadership: Learning to Lead with Emotional Intelligence
Goleman's best book - concise, readable and even a bit of practical advice! Also contains some useful stuff about leadership styles (and which ones are appropriate for what occasions) and what research shows about effective goal-setting. (NB published as 'The New Leaders' in the UK!)
Buy Now

Executive EQ: Emotional Intelligence in Leadership & Organizations
The biggest book in this list - I've included it because it's full of inspiring stories and useful exercises for honing your EQ.
Buy Now

Fierce Conversations: Achieving Success at Work and in Life One Conversation at a Time
It doesn't identify itself as a book about emotional intelligence, but it's all about how to say what needs to be said in an emotionally intelligent way, so it qualifies. Readable and practical.
Buy Now

My Emotional Intelligence Downloads and Resources

55 Ways To Increase Your Emotional Intelligence - a no-fluff tips booklet practical tips booklet you can download, priced at $0.99 to make your decision to buy it a no-brainer! Get it in PDF or Amazon Kindle e-book format.

The Practical EQ Emotional Intelligence self-assessment - an entirely unvalidated but thought-provoking download that is currently free.

Leading With Emotional Intelligence - a free transcript and audio from an hour-long webinar that I conducted for mile.org

Top 5 Tips To Improve Your Emotional Intelligence - some tips from my Coaching Leaders web site.

Sign up for the Coaching Leaders newsletter here and get an 11-page briefing paper on how to be a more emotionally intelligent leader.

Other books about emotional intelligence

55 Ways To Increase Your Emotional Intelligence
My own tips booklet, only 99c or equivalent!
Buy Now 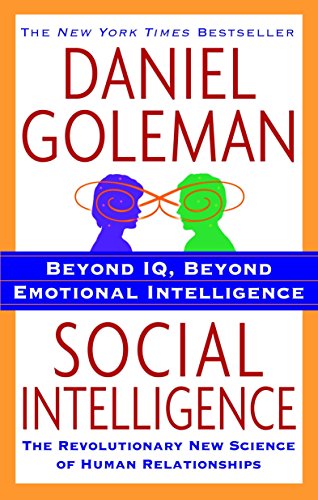