The Richest People In The World!

What Are The Secrets To Becoming One Of The Richest People In The World?

Find out what the secrets are to becoming one of the richest people in the world. What steps did they take in their lives and their careers to get to that point? I'll bet you are wondering "How did these people get that rich?"

This lens will show you where the richest people started, how they got to be ultra rich, and how you can learn to become rich too!

Think And Grow Rich The Original 1937 Version - Get Inspired to live a fuller and richer life!

In this amazing book you will learn the genius behind a man named Napoleon Hill. The concepts he teaches even though they were written in the early 1900s can be used today. Including using a positive attitude, using the sub conscious mind, retraining your thinking and much more. You wont be the same after reading Think and Grow Rich. You will look at your life and how you handle money in a totally different way. This book is a "Must Read"!

The Secret To Becoming One Of The Richest People

A lot of people live paycheck to paycheck and are barely able to pay for the gas that goes into their car, they work a 9-5 job that is slowly driving them crazy.

Everyone wants to find a way out of this craziness, we have all tried different get rich quick scams. Many people hope that the way to get rich is by doing it quickly and think that if they put a few hours into trying to make money, that they will become rich overnight. The trouble with that is It just doesn't work that way.

Another big problem with becoming wealthy is that we are using what we were taught throughout our life about how making money should work, instead of doing what does work!

If you follow what does work, you will become successful and you too will become one of the richest people!

The one common thread you will find with the secret to becoming rich is to have your own business!

Dare to think big, that's the secret to prepare yourself to achieve your millionaire dream!

How to be a Billionaire: Proven Strategies from the Titans of Wealth
Buy Now

Do What The Richest People In The World Do!

What do the richest people in the world do to become rich?

99% of all rich and successful people started off nearly broke. Did you know that most self-made millionaires have had serious financial trouble or have been close to bankrupt several times? Most of them failed several times before they finally found the right opportunity that brought them into financial success.

Always remember this: Don't think that other people are better than you or smarter than you. You are in control of your own decisions and your success.

Most of the richest people in the world had regular jobs and had an average education, But the difference is they found out what other financially successful people did, and they used the same techniques they used to be successful. They found someone that has had success and they learned what steps they took to get to achieve success. They learned that if they pattern themselves after what the successful person does that they will do the same. You will find success too! It is all up to you.

There isn't one perfect answer to what it is that the richest people in the world do to become successful. Some of them are born into money, some of them have struggled all of their lives to get to the top and some have not had to struggle so hard. It depends on what you put into it and if you are ready to put enough passion into it to achieve success. If you want to be successful bad enough you can put yourself on this list by becoming one of the richest people too. You can do it!

You can find success in becoming rich with the help of the great author Napoleon Hill. Read the original 1937 version of Think and Grow Rich

Become One Of The Richest People Poll

How would you become one of the richest people?

The Top 5 Richest People In The World

Bill Gates - Co-Founder of Microsoft and The Richest Man In the World!

Bill Gates (United States) worth $82 billion! He is the richest man in the world for the third year in a row. Bill Gates became wealthy from being the co-founder of Microsoft Corporation. I think everyone in the world knows what Microsoft is. So, there's no need to explain why he is the second richest person in the world . Bill Gates is also a well know philanthropist.Reference.

Warren Buffett (United States) is worth $64.7 billion! - He is the CEO of Berkshire Hathaway. He is an investor, businessman and philanthropist as well.Reference.

Bernard Arnault (France) is the chairman of Louis Vuitton. He is worth $37.8 billion!! If you are a woman you know what Louis Vuitton is. Just in case you don't Louis Vuitton is an accessories company that is most famous for their extremely expensive handbags.Reference.

Larry Ellison (United States) is worth $48.3 billion! His company Oracle Corporation is a computer technology company that specializes in marketing hardware systems.Reference. 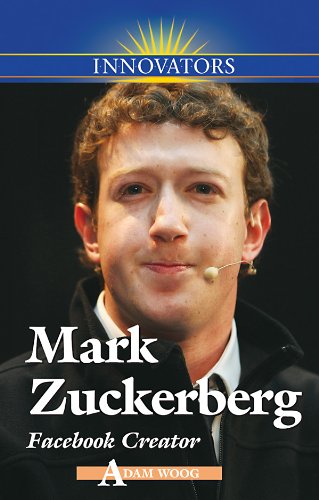 Mark is America's youngest self made billionaire

Mark Zuckerberg is the founder of the site Facebook. At a young age, Mark enjoyed developing computer programs very much. He started out building a program to help the employees at his father's office communicate; he then went on to build a game called Risk, with the company name of Intelligent Media Group, he also built a music player called Synapse. Microsoft heard about the music player and wanted to purchase it and have Mark develop more software but , Mark decided to attend Harvard instead. In February 2004 he launched Facebook from his dorm room. That same year he left school for Silicon Valley. Microsoft paid $240 million for a 1.6% stake in Facebook, giving the company a value of $15 billion. Mark's stake is worth $1.5 billion. But Mark Zuckerberg is still the youngest billionaire on earth. To read more about the youngest richest person in the world (Mark Zuckerberg) order the book "Mark Zuckerberg: Facebook Creator (Innovators)". Reference.

And, let's not forget You Tube! Chad Hurley and Steve Chen. They are the founders of You Tube and there is also another co-founder named Jawed Karim.

These men all worked for Paypal in the early days. Steve Chen and Jawed Karim were computer science majors at the University of Illinois and Chad Hurley studied design at Indiana University.

You Tube launched in 2005 and has grown to become one of the biggest video sites on the internet today! Hosting more than 4 billion videos and has over 800 million user accounts. In 2007, YouTube alone used as much bandwidth as the entire Internet in 2000, and over 60 hours of video are uploaded every minute!! That is crazy!

How could I forget the founders of Google? Well, here's the goods for ya, Google was founded by two men Larry Page and Sergey Brin. Mr Page and Mr Brin are geniuses with computers and,the founders of the world's most popular internet search engine! 200 million searches a day! Wow!!!

They started Google from a friends garage in 1998! Raising $1m from family, friends and other investors. Both Larry and Sergey come from a computer science and mathematical background.

They are worth about $40 billion each!

Their headquarters are in Mountain View California- The staff plays roller hockey on a regular basis in the parking lot of the headquarters, can bring their pets to work, and the staff is allowed to do their own project one day a week.