Tom Dickson, Creator of "Will It Blend" Blendtec Blenders

Tom Dickson and "Will It Blend"

Tom Dickson is best known for demonstrating his world famous Blendtec Total Blenders by turning unlikely things like iPhones into "I-dust". His popularity exploded on YouTube making him an Internet rock star with a cult following.

A prolific inventor and CEO of Blendtec, Tom's extremely successful viral video advertising campaign has earned him a diverse collection of awards. He's been a guest on Jay Leno and The Today Show, as well as "I Want That," and Modern Marvels on The History Channel.

Tom was our next door neighbor and friend many years ago. It was fun to catch up with him and his latest successes. If you want to know more about the man behind the blender and the videos, read on.

The Famous iPhone Video - The iPhone's in the Blender, Now Put the Blender in Your iPhone

You can download this video to your phone. Turnabout's fair play!

Tom's Powerful History Goes Back to a Very Early Age

Tom Dickson grew up putting big engines in little things. He was the original "Tim Taylor". Everything was better if he could find a way to ramp it up and give it way more power than it needed. So it's no wonder that he wasn't satisfied with a regular household blender. Tom leads the way in building high-end commercial blenders that can be found in Jamba Juice, Starbucks, Baskin-Robbins, just to name a few. "Nobody can make better drinks with less money and less time with less stress on the operator," he says.

But power isn't the end of Tom's genius. His creative strategy can't be matched as a brilliant businessman, earning him Ernst & Young Entrepreneur of the Year Award.

When Jamba Juice told Dickson the $14,000 blender package was too expensive, he cut them a deal, asking simply for a nickel of every sale. Now, with 50 million smoothies sold each year, Dickson says it was one of the best deals he ever made.

It will blend iPhones, but will it blend smoothies?

You bet, they just taste better.

So after all the hype and entertainment of watching Tom gleefully turn his iPhone, among other things, into dust, just how well will his famous Total Blender make the things we would actually want it for. The Total Blender is touted as the Total Solution. It's said to replace up to nine other appliances at a fraction of the cost. Because of Tom's fascination with power, his home blender can crush ice better and more consistently than any other on the market and comes with an ice-crushing guarantee.

The Star of Tom Dickson's Show, the Blendtek Total Blender

Tom has combined power with design and versatility. His blender really does do it all, and he'll stand by it personally. 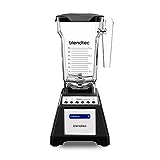 Blendtec Total Classic Original Blender - Fourside Jar (75 oz), Professional-Grade Power-6 Pre-Programmed Cycles-10-Speeds, Black
I like the blender in black, but it comes in other colors, including a smashing red.
Buy Now

Viral Advertising Campaign or Blenders? - Where Does Tom's Genius Lie?

While it's true that without the overnight popularity of his videos you probably wouldn't be reading about Tom right now, it's also true that there would be no videos in the first place if Tom didn't demand perfection in his products with extreme testing.

Asked the real purpose of his videos demonstrating various objects being pulverized to a pile of dust, Tom's answer is that it's simply pure entertainment and nothing more. Everyone agrees with that, but did it help to sell his blender? Only to the tune of a 500% increase in sales.

How the Videos Got Started

The story goes that on the days that employees at the Blendtec plant smelled sawdust, they knew Tom was experimenting again and would flock to see the show. Tom was stuffing things like 2x2s into his blender. Noticing how entertained the staff was, Tom's marketing manager, George Wright, caught it on video, and with an advertising budget of only $50 it all began. It instantly hit the jackpot on YouTube, and the rest is history.

And by the way, that really was Tom's personal iPhone.

Will It Blend? That is the Question!

You won't believe the things Tom blends in the Blendtek Blender.

Available in a variety of models, colors and packages. 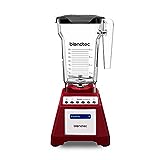 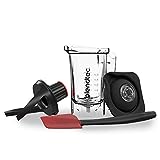 Have You Seen Tom's Famous Will It Blend Videos?

Have You Seen Tom on TV or Internet Yet?