Warning - not for the faint of heart!

Scream in fear as the HubNuggets Team is stalked by a remorseless, machete-wielding maniac.

Will any of them survive their fateful encounter at Crystal Lake?

The full moon laid a glistening path across the calm, clear waters of Crystal Lake, splashing silver light onto the wooden dock, and illuminating a motionless silhouette - a dark form, more sensed than seen, barely visible against the backdrop of towering black pines.The moonlight gleamed dully on the form's expressionless face, picking out the pockmarks, scars, and staring eye sockets of a goalie's mask.

Jason gazed out over the still waters. Behind him, the newly-renovated camp buildings lay ready for visitors. Soon, an unsuspecting gang of happy campers would paddle their canoes across the lake to unpack their bedrolls and camping gear, preparing for a relaxing stay. Soon - on, Friday the 13th - the HubNuggets Team would arrive...

"ripplemaker, have you seen my sun screen?" ladyjane1 was rummaging through her carry-all. lj burned easily, and always carried extra zinc ointment as well as a fashionably co-ordinated parasol.

ripplemaker smiled as Patty Inglish whipped a bottle of sunscreen from her knapsack and offered it. "Trust Patty to be more prepared than any self-respecting boy scout," she mused, noting Patty's sturdy hiking sandals and crisp, uncrushable camping togs.

ripplemaker glanced over at Enelle Lamb's sleek carryall, topped with its teetering stack of hat boxes, smiling as she remembered Enelle's packing frenzy. The feline fashionista insisted on a hat for every camping occasion.

"It was sure nice of Jason to invite us to his family's camp at Crystal Lake," said KoffeeKlatch Gals. Always stylishly attired, she was busy cramming her bag with adorable two-piece swim wear in the latest summer prints.

RedElf flopped down on the couch beside ripplemaker, sighing deeply. "I can already smell the pine trees," she said. "Camping by the lake, moonlight canoe rides, midnight bonfires - no computers, no deadlines for a whole week - sheer bliss!" 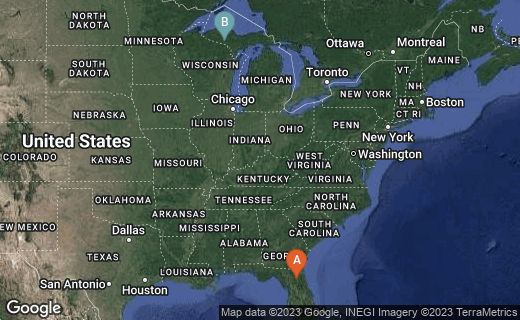 Their first day at Crystal Lake sped by in a whirlwind of happy activity. After unpacking, the team was whisked away to enjoy jet-skiing and water polo, followed by a delicious picnic on the shore. A brief nap and spa treatment rounded out the afternoon, topped off by a leisurely hike along shade-dappled paths winding through the towering pines that surrounded the camp.

That evening, following a tasty salmon BBQ, the team toasted marshmallows over a crackling bonfire, and marveled at their beautiful surroundings.

"Jason's family has done a fabulous job renovating the facilities," said Gal. "The spa is phenomenal!"

"The hiking paths are top-notch," said Patty. "They're so well marked I could find my way around in the dark."

Happy laughter wafted from the dock, where ladyjane1 and ripplemaker sat, feet dangling in the cool, clear lake.

"Has anyone seen Jason yet?" asked Gal. "I thought he'd be here to meet us."

As Patty started to reply, a throat-tearing scream rent the air. Patty and Gal froze, eyes wide. ladyjane1 and ripplemaker raced towards them, faces blanched in fear.

ripplemaker stared about, frantically counting heads. "Where are the kitties?"

"They went to explore an old barn near the back of the property," said Gal.

"That's where the scream came from," said Patty. "Let's go!"

The frightened foursome raced up the path at breakneck speed. They flung open the doors of the old barn, calling out to their feline friends, but the only sound they heard over the pounding of their hearts was the swish of fresh straw under their feet.

A shaft of moonlight in the center of the ancient building drew them forward. Enelle's favorite hat lay in a pool of silvery light, its brim crushed, its once-jaunty feather broken and draggled.

Dripping red splashes laced with tufts of gore-daubed fur streaked the walls of the barn - mute testimony to the kitties' fate, while atop Enelle's hat, lay two freshly-strung violins.

Gal touched one of the instruments and drew back her hand with a grimace. "The strings are still warm," she said in a hushed voice.

Patty gingerly picked up the nearest violin and drew the bow across the strings. ripplemaker winced at the sound, tears filling her eyes. "Enelle made exactly that sound the last time I stepped on her tail." Sobbing, she ran from the blood-spattered barn.

As ladyjane1 rushed after ripplemaker, Gal called, "We should stay together!"

Replacing the violin on Enelle's ruined hat, Patty murmured goodbye to her furry friends. "Let's go after the girls," she said to Gal. "We'll come back for the cats on the fiddles later."

Gal's cup and saucer clattered like castanets as she raced through the pine trees, swatting branches out of her way. "Patty, slow down!"

As she neared the lake shore Gal could hear frantic splashing, and choked, gurgling cries for help. "I'm coming," she called. "Hang on!"

By the time she reached the dock, ominous silence had descended. Leaning over the dark waters, Gal spotted something. Grabbing a broken branch from the shore, she thrust it deep in the water. On her third try, Gal snagged a loose bit, and pulled hard.

The thing began to rise through the red-swirled waters. A pallid hand floated up first, followed slowly by its arm. The shape slowly resolved into two icons, floating to the surface. Contorted black and white limbs were tangled in a white-collared, blue silhouette - ladyjane1 and Patty Inglish. Gal gasped in horror.

Her gasp turned into a terrified scream as a third shape exploded up out of the lake, looming over her, water cascading down its goalie mask, machete raised. She screamed again as the machete slashed down, smashing through cup and saucer. Once, twice, a clinking of broken china, then silence...

ripplemaker staggered out of the trees near the shore and fell to her knees, too spent to run any further. Tears burned her eyes as she recalled the scene by the dock. Shards of broken china - Gal's cup and saucer - lay crushed in the sand. All that remained of ladyjane1 were a few shreds of black and white photograph stuck to the torn and crumpled remnant of Patty's once-white collar.

Ragged sobs tore at the little HubNuggets cheerleader's throat as she heard heavy footsteps behind her. She turned her head to see silver moonlight gleaming on a blood-stained machete...

Jason gazed out over the still waters of the lake, its dark secrets hidden beneath the calm surface. Behind him, the newly-renovated camp buildings lay ready for visitors. Soon, another unsuspecting gang of happy campers would paddle their canoes across the lake to unpack their bedrolls and camping gear, preparing for a relaxing stay...

Saturday Morning - Back To Reality (More or Less)

"Wow, Jason - even ripplemaker?" Maddie Ruud set down the manuscript and stared up at HubPages Marketing Manager, Jason Menayan.

Jason had been pacing nervously, waiting for Maddie and Simone to finish reading his new film treatment, Friday the 13th: HubNuggets Horror at Crystal Lake Camp. "I killed off the whole team in this version - I thought it it made the ending stronger," he said. "What do you guys think?"

Simone Smith nodded as she read the last page. "I agree, Jason - much stronger." She grinned at Jason and Maddie, tapping Jason's manuscript. "It's a winner - our first project for HubPages New Line-By-Scary-Line Cinema."

Maddie winked at Simone. "Jason Menyan - Scream-writer...sounds great! Oh, by the way," she said. "The team has sent in their picks for this week's HubNuggets contest."

"Excellent" said Simone, as Maddie passed out the lists. "Let's get busy reading and voting."

Which one of this week's HubPages Tutorials and Community nominees is your favorite?

37 people have voted in this poll.

The HubPages Tutorials and Community Nominees

Which one of this week's Gender and Relationships nominees is your favorite?

65 people have voted in this poll.

The Gender and Relationships Nominees

Which one of this week's Politics and Social Issues nominees is your favorite?

21 people have voted in this poll.

The Politics and Social Issues Nominees