I was contemplating to attempt it but an email from HubPages (HP) Editor congratulating me on my hitting first anniversary was the real trigger to hasten completion of this Hub. I stumbled upon HP in the first week of March last and continued contributing throughout the year. Prior to this I had some hand-on experiences of online publishing, though some proved to be misadventures. Obviously, this background helped me to come to terms with HP quite fast.

I don’t know how to evaluate my performance; any self-evaluation could be fraught with miscalculated perceptions about self. But my first reaction would be that I have learnt a lot on HubPages and am quite satisfied with what I contributed and the output I got in return.

I would like to share some of my experiences with fellow Hubbers with a hope to get some feedback on my performance and motivate more online publishers to join HubPages.

It is easy to create a Hub

There were some initial hiccups in publishing Hubs but I could overcome these soon with my little background of publishing earlier and also attaining knowledge from the Learning Center, which had answers to virtually most of Hubber's questions on all relevant topics.

After that it was more or less a smooth navigation for incorporating text, photos, video and other content capsules. It simply requires dragging and dropping to position these properly. No prior html knowledge is required and it is easier to insert eBay and Amazon modules as well.There is wide choice of templates suiting to everybody's taste and style. It is great to work with HubPages.

Performance during First Year of HubPaging

An image of Google Analytics above depicts my performance during the past one year. There were two dips – first during mid-August last year which brought the performance curve down by about half and the other during December last though it was not so severe. The first one created a real panic. The reactions of fellow Hubbers effected me as well, like a contagious disease. So much so that some of them thought of even quitting HP, thinking that it was like many other online misadventures. But in spite of this disillusionment prevailing at that moment, I had a gut feeling that it might be due to some temporary phenomenon. Such a feeling might have originated from the views of other Hubbers that I have been scanning from time to time. I again went through some of the observations of senior Hubbers. Some of them expressed that it might be linked to other factors, including Google's Panda algorithm like overhaul but the one which convinced me most was its linkage with the tourist season. It worked and I continued contributing like ever. It is a matter of satisfaction that there was a bounce back in a short period and this in-built resilience of HP would keep many Hubbers glued to it even during adversaries. Nevertheless, the first dip certainly delayed my first pay out by one month.

There was a sudden upward swing also around new year though it did not last for long. But the overall upward trend keeps me floating. I would describe this period as a four-beat walk. This is how we start for achieving larger goals.

Payment at HP is due on reaching the minimum limit of $50 by the month end. I found that broadly not more than one-fourth of my Hubs have really been attracting significant number of visitors. It may be linked with the quality of the Hubs or other factors related to SEO, Selection of key words is, no doubt, very important for enhancing the probability of visits.

During the past one year period I reached pay off limit thrice, out of which I have been paid twice and the third one is due on 28th of March. It took me seven months to reach the first payment mark and, as per HP traditions, the payment was made on 28th of the next month. I found HP maintaining their payment schedules without fail. It was a smooth transfer of money through PayPal. This smooth sailing must be quite a satisfying experience for other Hubbers as well.

Since it is an ascending curve, I feel I may reach payment threshold every month in next six months period from now. This, of course, is based on an assumption that I will continue to post Hubs regularly during 2014.

As social beings we are all effected by what is happening around us. Experiences and achievements of others are great sources of learning and improving by incorporating some of the strengths of others. HubPages community has exhibited wonderful comradeship and offered good support to keep me afloat. It is difficult to name all those Hubbers who came to my rescue during the year and I would not venture to offend others by naming them.

Apart from wonderful Hubs that they publish, their contribution in the Forum on various issues is a great help for everyone. Going through posts in Forum is a great way of learning and It seems it has almost become a part of life to have a look on these threads.

At one stage I started getting unwanted comments. It disturbed me a lot as someone was doing it purposely. Since there were so many comments on the names of different past Presidents of America, I thought it would have adverse impact on the genuine visitors even. I used the strength of 'forum' by raising a thread there. Luckily one of the Hubbers helped me by providing a solution to this. Since the comments were from unregistered persons I got rid of this by deleting the option in my account setting. Hub community is always ready a help.

As a senior citizen, I recognize my limitations. Unlike new generation which is tech savvy, I still need some support to sort out certain issues related to online publishing. Since there is always a scope to learn, I would like to sharpen my tools by revisiting Learning Center as and when required. Simultaneously, I feel I need to step up use of social media to earn more page views. However, while doing all this I would like to guided by the advice of Alexandria Ingham (aingham86) that HubPages venture has to be a marathon. One may get exhausted by using it like a sprint. I will aim at adding almost the same number of hubs in the second year and will be quite satisfied if I cross the 100 Hubs mark.

Till today, HubPages proved to be a positive experience for me. The point to ponder over is if by the end of second year the cumulative effect of the existing and new Hubs will result in attaining a new pace. Would I be able to change it from four-beat walk to two-beat trotting (or jogging). My fellow Hubbers are the best judges and guides for me to predict it.

Thanks for all the Help

I would like to express my gratitude to all those fellow Hubbers who came to my rescue and steered me through during times of difficulty. Without their generosity it would not have been possible for me to achieve whatever little I could do in the first year. I hope this gesture will continue in future also.

So thank you once again. May come back for sharing my experiences on second anniversary on HubPages!

Your performance on HubPages

How long did you take to publish the first fifty Hubs? 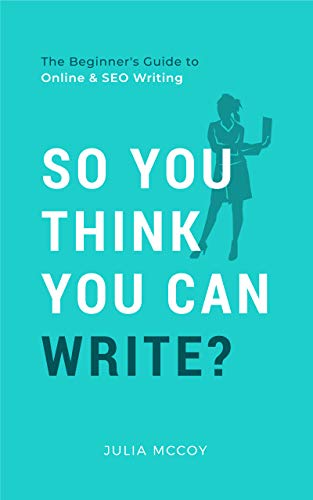 So You Think You Can Write? The Definitive Guide to Successful Online Writing
Buy Now