Children Playing in the Snow

Playing in the Snow for the First Time

It is that time of year again to make use of our winter clothing, jackets, even gloves. I now live in the Midwest, United States, but it wasn't always that way. I grew up in Southern California, and not in the mountain or high desert areas. So my exposure and experiences with the snow were pretty much non existent until that first time, of course.

I was probably about age seven years old or so. I had never seen the snow before. We lived a couple to three hours drive from Big Bear Mountain, in Southern California. Now that area will get snow on occasion, but usually I might only get a glimpse of it, not actually ever see it fall or be able to be out in it.

So there came an opportunity for my mother and her friend to take us up to the mountain on weekend! Someone had a cabin or rented one up there, and we were able to go up for one night, or it may have been two nights. Anyway, the idea was there and the opportunity. When my mom told my sister and I about it, we were simply ecstatic!

The weekend to go to the cabin in the mountains seemed forever away. Finally, the time had come. Well we packed up our things, and loaded up the car with everything. Even those snow sleds that looked like saucers. I couldn't contain my excitement! We finally got all loaded up, and my sister and our friend Trent was in the back with us, and our moms in the front seats. We laughed and listened to music as we looked out the window on the long trip up to the mountain. Our mom's had some fun music going as well. What could be better?

Well we arrived, and unpacked the car, and went inside. It was too dark and too late to do anything yet. So we decided to play in this little cabin, and there were carpeted stairs, something different! For the next little white we slid down those stairs, one stair at a time until we got rug burns on the backs of our legs! We didn't know that would happen, and had so much fun, though that really hurt. We had dinner and some fun, but then it was time for a bath and bed. How was I going to sleep? Somehow, we did end up falling asleep.

Having Fun Sledding in the Snow

First Time Sledding in the Snow!

My mom recalls waking up the next morning to find me outside, not dressed properly for the snow! This is so much my personality, and I am sure that of many other children, but I didn't seem to care. There was no time to waste, not one bit! As far as I was concerned, I had done "my time" and the sun was up, so the snow seemed fair game to be out in it! Of course I soon realized the wisdom of our mothers, and benefited greatly with being fully dressed for this fun time. My jacket was a bright pink, with a large hood that I didn't want on my head.

The next hours were filled with sledding and fun in the sunshine and snow! I can't tell you how fun that was. The kind of fun where you can't smile enough, laugh enough, and expend a lot of energy just running back up that hill. I will have to find the pictures, because I have seen them, but not for a while. There are some of my mom's friend Leanne as well, having a blast on the sled too! Huge smiles everywhere. If I can locate the pictures, I will scan and share them here as I can.

This was a precious time for a child. We wore ourselves out in the snow. I mean the kind of wore out where you don't even remember falling asleep the next time you did! Before we did fall asleep though, we had dinner, and played a lot of music that night and just enjoyed each others company and played some games. It was magical, and a very precious time with my sister, mother, friend Trent and his mom Leanne. Life was busy and taking the time to do something like that meant the world to a little girl like me.

It is the very thing that has encouraged me to carve out time for my own boys to play in the snow, have sleds, and everything else. We still will get out there on occasion and sled, but its very rare! There is nothing quite like when you are a child and it is your first time in the snow! Thankful for those memories! I will never forget it, and treasure the memory always. 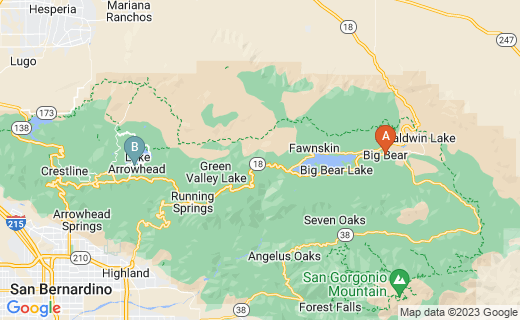 This area was a common destination for many as I was growing up. It was a pleasure to get to go whenever we could, whether the summer or winter.

Playing in the Snow - Poll

Did you live in a place that had snow when you were growing up?

This story was shared as part of a winter memories challenge. Thank you for sharing your stories, Jackie and Beth, and inspiring me to share one also. It was a lot of fun! I hope others will do the same!

If you have done a hub in this challenge, and don't see your story linked here, let me know and I will read it and add it here.