Finding Ideas For Your Hubs

Before You Start A Hub, You Need An Idea

Before you begin to write an article you must have an idea. An idea is the first requisite to successful writing. You haven't any? Well, get one!

In the first place, think of yourself. Interview yourself. What are your interests? What people have you known? What trips have you taken? What exciting things have happened to you? What are your Hobbies? Dozens of ideas will spring from your answers to these questions, and the more you think about them, the more you will discover in the way of ideas.

Hobbies are a great source of inspiration, and since most are catered for by magazines confined exclusively to matter relating to them, the possible field for articles is a wide one. Go to a news stand and look through see the magazines on the racks: Model Building, Photography, Winemaking, Trailers, Chess, Dogs, Golf, Model Aircraft, Gardening, Stamps, Yachting, and so on. If you have taken a genuine interest in any of the hobbies covered by these - and other - magazines, you should be able to write at least a few hubs based on the inspiration you can get from the titles on the cover without even reading the article inside.

Write What You Know

Examine your hobbies from all possible angles. If you collect coins, for instance, you need not confine your writing to articles about the actual collection of them, the groups into which they fall, and so on. Quite an interesting article could be written about the different metals they contain, another about their shapes, and a third about the inscriptions on them.

If you're into stamp collecting, an article, or perhaps even a series of articles, could be written on the subject which forms the major part of the design of some of the world's best known stamps. There is the Kookaburra bird common on Australian stamps, for example; the air adventures of Santos Dumont which are featured on Brazilian stamps; the United Empire Loyalists to be found on Canadian Stamps, and so on.

It is easy to turn from hobbies to games. Here again, endless opportunities exist. 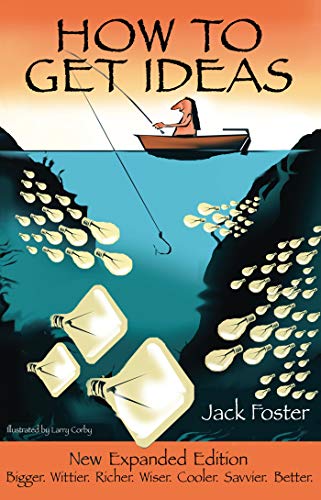 How to Get Ideas
Buy Now

Go Off On A Tangent

You don't have to be a first-class player, or be well known in connection with any particular sport, to write articles on how to play. Original, well written, properly researched instructional articles will be a good start for a reader who wants to learn the ins and outs of a specific game.

Or approach the game from a new angle. As an example, let us consider tennis for a moment and see how this game might be approached. What is tennis played with? A racket and ball. Very well, why not an article describing how tennis balls are made, and another how rackets are made? Well illustrated, both these articles should hold the attention sell easily. And what about choosing a racket? There are surely several useful hints regarding this which could be passed on to beginners.

How does one go about forming a tennis club? What are the officers of a tennis club expected to do? How are tournaments arranged? These are subjects worth writing up, and they do not by any means exhaust the possibilities.

Let us now turn from ourselves and our own interests to other people and their interests. It is said that every person can tell at least one good story. Endeavor, then, to get a story from every person you meet. This is not as difficult as it may seem if you bear in mind the fact that the story is likely to be connected with the person's chief interests.

Another source of ideas is the newspaper. Many writers find that this source alone is sufficient to keep them working at full pressure, without searching for ideas in any other direction.

After you have finished reading the morning newspaper in the ordinary way, go through it again looking for ideas. You can do the same with nearly every magazine you read. Make a note of every paragraph which suggests an idea and commence to follow up any which seem to offer immediate possibilities.

The correspondence columns of newspapers are always worth a careful study. Many of the letters published contain ideas for articles.

Write down a number of stock forms' of titles and to juggle with them until a suitable subject suggested itself.

Here are some suggested forms: "How to -"; "- something to"; "Too many -"; "Choosing a -". Having made a list, the method consists of replacing the blanks by suitable verbs or nouns. Thus we might get: "How to reseat a chair"; "Teaching a puppy to eat"; "Too many holidays"; and "Choosing a hobby". Any of these subjects might make an interesting article.

Do you see now how easy it is to find subjects, once you let your mind run in the right channels?

I think you do.

And if you're not already a member of HubPages, sign up now.