10 Biggest Myths About the Human Brain

The Human Brain is a Fascinating Organ

1 - The Brain is the Color Gray

Often the brain is depicted as a greyish color organ when it is shown in textbooks or on television, but in actuality, the brain is not a dull gray color at all.

The human brain is a numer of colors, including red, white and black. It is composed however of gray matter, which may be why this myth came to be.

The white portion of the brain is comprised of nerve fibers, the black portion is neuromelanin, which controls the pigment of your hair, eyes and skin, and the red portion consists of your brain's blood vessels. 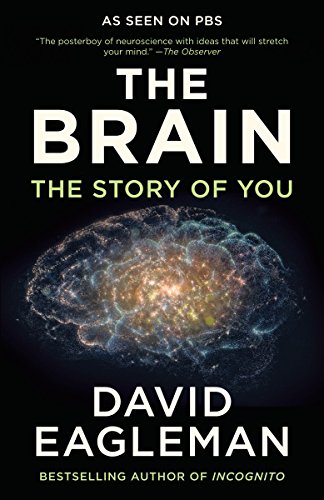 The Brain: The Story of You
Buy Now

2 - Listening to Mozart Makes You Smarter

If you are one of the many people who have tried to use classical music to improve your intelligence, you may feel pretty stupid right now.

"The Mozart Effect," which refers to the concept that people can become smarter by listening to classical music. is actually a myth.

Recent scientific studies on the human brain have found that although listening to classical music can cause increased performance on certain spatial-temporal tasks, it can not actually improve someone's IQ.

A Breakdown of the Brain

3 -You Get New Brain Wrinkles When You Learn Something

Many people describe the brain as "wrinkly" but in fact the human brain doesn't have any wrinkles at all.

Looking at a picture of the brain, you might think that I am wrong, but what looks like a wrinkle is actually a fold in the tissue of the brain caused by evolution to allow a larger brain to fit inside of the human skull!

Suzana Herculano-Houzel Talks About the Brain at TED

4 - You Can Learn Through Subliminal Messages

Some people may want to continue to believe that subliminal messages influence the brain, but truth is that they don't.

A subliminal message (meaning, below "limen," or our conscious perception threshold) is a message embedded into images or sound meant to penetrate into our subconscious and influence our behavior.

The first mention of the success of subliminal messaging came from a man by the name of James Vicary. He claimed that Coca-Cola had successfully used subliminal messages during movie theater showings to convince the audience to drink more soda.

For years, the government and advertising agencies used subliminal messages to try to attract more consumers, but recent studies show that these messages don't actually work.

No scientific evidence has ever actually shown that these messages have an impact on the brain, and because of this, the FCC has banned subliminal messaging in advertising and the claim of being influenced by subliminal messages cannot be used in a court hearing.

This myth came to light during the 1990 trial of Judas Priest, who claimed that subliminal messages convinced him to murder two families. The judge ruled against Priest, saying that no scientific evidence supported his claim.

Do you disagree with any of these debunked myths about the brain?

5 - The Human Brain is the Biggest Brain

The human brain weighs an average of three pounds, about the same size as the brain of the dolphin - which is considered to be one of the most intelligent fish in the sea.

The sperm whale however, has a brain that weighs an average of 17 pounds - and is much less intelligent than the dolphin.

Chimpanzees have small brains, but are highly intelligent animals, proving that the size of the brain is a poor way to measure the intelligence of a living being.

6 - Your Brain Stays Active After You Get Decapitated

Tales of brain activity after decapatition from the body date back to the 1600s, however the idea that the brain can still remain active after the head is decapitated is a myth.

Although there have been reported sights of the brain moving after being removed from the bottom, recent scientific studies show that this is not a result of brain activity, but rather it is just a muscle spasm or a twitch as a reaction to a lack of oxygen.

Once the brain is separated from the rest of the human body, it goes into a coma for 2-3 seconds, and then dies.

Secrets of the Human Brain

The brain is a powerful, fragile organ that can be easily damaged - however the idea that brain damage can never be reversed is not true. Some brain damage is permanent, but not all types of brain damage.

The brain can be damaged a number of ways. You can damage your brain during an accident, a stroke, alcohol and drug use, as well as through many other medical conditions.

Concusions are mild brain injuries, where the organ is damaged but only for a short period of time. Recurring concusions, which can happen to professional athletes, especially football players, can cause permanent brain damage.

Strokes can also permanently damage parts of the brain, but science has come a long way in finding new medical practices to use to restore the brain to normal functioning.

The Human Brain is Amazing

8 - You Can Get Holes in Your Brain Through Drug Use

In truth, the only thing that can actually put a hole in your brain is physical trauma to it.

Researchers do claim that drugs can cause short-term and long-term changes in the brain, but not holes.

Many people have heard that alcohol kills brain cells, but this is actually a myth. Studies show that even those who abuse alcohol for long periods of time don't end up killing any of their brain cells.

The dendrites are an important part of the brain though, so be careful not to engage in too much heavy drinking. Alcoholics sometimes end up with a condition called Wernicke-Korsakoff syndrome- which is a result in a loss of neurons in some parts of the brain.

One of the biggest myths regarding the human brain is that we only use ten percent of it. Our brains are always active - consisting of more than 100 billion neurons.

The human brain is also full of other types of cells that are continually in use.

Parts of the brain can become damaged or impaired if you experience a stroke, trauma, or another illness that effects the brain, but even then, odds are that you will still be using much more than just 10% of the brain.