Be Prepared For Hurricane Season

Hurricane Season is from June until November. As the tropical weather system approaches many of us wonder what this year's season will bring.

There is no "tis the reason for this season" when it comes to tropical storms. Hurricanes are dangerous and have proven to be deadly. Their forces are not something to reckon with. The storms prance through cities and towns, causing millions of dollars worth of damage. The severe weather causes havoc and inconvenience to many people.

I've survived many hurricanes. The most memorable season was in 2004 when Florida was hit by four named storms within a few weeks. The Sunshine State made national news which isn't uncommon - Florida is the most infamous state for making headline news. This time however the news was different, Mother Nature, not feisty Floridians were in control of the headlines.

2004 was a frantic time for many. Charley was catastrophic. He was followed by Frances which was the size of Texas. Then Ivan, which was very powerful. Tropical Storm Jeanne was the finale and she was just mean, even though she didn't reach Hurricane force winds. These storms not only affected Florida, but they caused catastrophic damage in other states and countries such as the Caribbean.

History of the Hurricane Cocktail

This fruit punch based drink is a popular cocktail in New Orleans. It was made famous by Pat O'Brien's bar in the 1940s.

The drink was created during World War II. Back then liquor such as whiskey was in low supply and bar owners were forced to order large amounts of rum in order to get their quota of whiskey.

Pat O'Brien's has become a tourist mecca, and the Pat O'Brien's Hurricane glass is one of the most sought-after souvenirs in New Orleans.

In a cocktail shaker add lemon juice, passion fruit syrup and crushed ice. Shake for 1-2 minutes. Place in glass with a garnish or orange, lime or cherry. Add a straw. Enjoy!

Don't Get Blindsided By The Hurricane

There is absolutely nothing funny about hurricanes. Being in the path of danger causes stress and tension for thousands of people. We all know that music has a tendency to lighten our mood. Majestic tunes help ease tension.

Even though an intense wonder of nature is approaching and might be knocking on your door why not relax a bit in the meanwhile?

I've compiled a playlist of music videos for your entertainment. Unless you lose power which is such a nuisance, you could enjoy these videos while:

In the meanwhile I am offering some survival tips. You might already be aware of some of them. You might be a newcomer to a hurricane prone area. Either way it's always best to be safe than sorry.

Never underestimate the power of a monstrous storm. They are very unpredictable, just like feisty Floridians.

The only positive note is that hurricanes give us some warning to be prepared unlike a tornado or earthquake.

Survivor - Eye Of The Tiger (or hurricane) 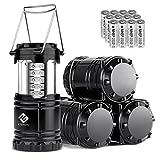 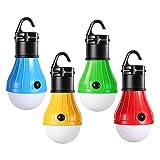