10 of the Biggest, Largest Lakes in the World 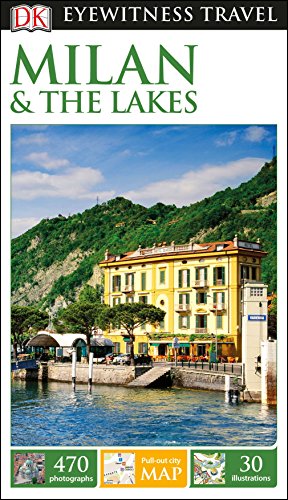 1. Caspian Sea. The Caspian Sea is over 143,000 square miles in size. This makes it the largest enclosed body of water in the world. There is a lot of debate about what type of body of water it is though. Some people will tell you that it’s truly a sea. Others will say that it’s a small ocean. But, in general, it is considered to be a lake and therefore is the largest lake in the world. It is a salt water lake located in the general region between Russia and Northern Iran although other nations including Turkmenistan and Kazakhstan also claim some rights to the lake.

2. Lake Maracaibo. This is another huge body of water that is considered by some to basically be a small ocean. It is considerably smaller than the Caspian Sea at only 5,000 square miles but it is the largest lake in South America. (It is located in Venezuela.) As with the Caspian Sea, there are some people who say it’s not really a lake. Most often, it is cited as a bay instead. It was definitely a lake at one time though and it is considered to be one of the oldest lakes in the world.

3. Lake Michigan and Lake Huron. Although most people consider these two Great Lakes of the United States to be separate lakes, they are actually a single, joined body of water. At over 45,00 square miles combined, they make up one of the largest single lakes in the world.

4. Lake Superior. This is another one of the Great Lakes at the border of the United States and Canada. There is a reason that this set of lakes is called the Great Lakes – they really are massively huge. This one is over 31,000 square miles in size. It is considered to be the largest of the Great Lakes by those people who count Lake Michigan and Lake Huron as two separate lakes since they are individually each smaller than Lake Superior.

5. Lake Victoria. Did you know that the Great Lakes of the United States are not the only set of Great Lakes in the world? There are also the Great Lakes of Africa. The largest of those lakes is Lake Victoria. It is over 26,000 square miles in size which makes it the second largest continental lake in the world if you count Lake Superior as the largest and Lake Michigan and Lake Huron as two separate lakes. This one is located in the area of Tanzania, Kenya and Uganda.

6. Lake Tanganyika. This is another lake in Africa that is huge and it also has the distinction of being the second deepest lake in the entire world. It is over 12,000 square miles in size and has an average depth of 1900 feet. It is located in central Africa near Burundi, Tanzania and Zambia.

7. Lake Baikal. The lake that holds the record for being the deepest lake in the world is this one located in Russia. It is also impressive in its general size. It is over 12,000 square feet in size and only about 500 square feet smaller than Lake Tanganyika. Because of its greater depth (averaging nearly 2500 feet), it could certainly be considered the bigger of the two lakes depending on how you were doing your measurements.

8. Great Bear Lake. This is a Canadian lake located near the Arctic Circle. It is the largest lake that exists entirely within Canada since the other large lakes associated with this country are the Great Lakes that Canada shares with the United States. It is around 12,000 square miles in size which seems to be a good average size for a large lake in our world!

9. Great Slave Lake. This is another big lake in Canada that is about 1000 square miles smaller than Great Bear Lake. It is located in the same vicinity and is often said to be “just behind Great Bear Lake”. Although it is not as big as that lake, it is deeper. In fact, with a depth of over 2000 feet, it is one of the deepest lakes in the world and definitively the deepest in North America.

10. Lake Malawi. This is another large lake in Africa located near the country of the same name. The reason that people are interested in this lake is not because of its size (which is comparable to the other large lakes in the last half of this list) but rather because it is known for being the lake that has more different types of species of fish than any other lake on the entire planet!

These are just ten of the largest lakes in the world. There are many other big lakes of interest to those people who want to explore the large bodies of enclosed water that exist in this country. For example, there is Lake Eyre, the largest lake on the continent of Australia. Or there is Lake Ladoga, a lake located in Russia and Finland which has the distinction of being the largest lake in Europe. Or Lake Titicaca, a funny sounding lake that is the largest freshwater lake in South America. If you wanted to tour the world’s great lakes, you would certainly have a lot to see!