Brown v. Board of Education in Topeka

One of the most famous court cases in American history is probably the Supreme Court case of 1954 between Oliver Brown and the Board of Education in Topeka, Kansas.

This landmark ruling overturned the 1896 Plessy v. Fergusan case which allowed state-sponsored segregation, insofar as it applied to public education. The Warren Court came back with a unanimous (9–0) decision stated that "separate educational facilities are inherently unequal."

The final decision in the Brown vs. the Board of Education case helped spark the Civil Rights Movement, which changed the course of American history.

The World's Most Famous Court Trial 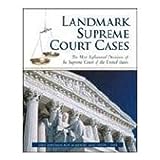 The trial of O.J. Simpson captivated the American public. The trial began on Jan. 24, 1995, after Simpson pled not guilty to the murder of his ex-wife Nicole Brown and her friend Ron Goldman.

Simpson's team of lawyers was lead by Johnnie Cochran, who chose to approach the case from a discrimination aspect - alleging that Simpson was being targeted for his skin color.

Simpson's jury was largely composed of black citizens, and Cochran used this to his benefit every way he possibly could. Critics attacked Cochran for his defense strategy, but in the end, the jury acquitted Simpson ­of both counts of murder.

In 2006, Simpson published a book title

If I Did It, were he details incriminating evidence that many considered to be a confession to the two murders.

Did Lizzie Borden Kill her Parents?

The Trial of Lizzie Borden

Li­zzie Borden took an axe, Gave her ­mother 40 whacks, When she saw what she had done, She gave her father 41.­

If you have ever heard of this rhyme, then you are familiar with the trial of Lizzie Borden. The famous trial of Borden, which took place in 1893, revolved around the gruesome murders of Andrew and Abby Borden, Lizze's father and stepmother.

The bodies of Andrew and Abby Borden were found on August 4th of 1892, chopped up with an axe. Lizzie Borden was ultimately found not guilty for the murders, however the case has never been closed and no other suspect ever surfaced.

Brown v. Board of Education Documentary

A Trial Against Evolution

The 1925 "Monkey Trial" was a famous trial between Tennessee and John Scopes, where Scopes was tried in court for teaching the theory of evolution in his classroom in Dayton, Tennessee.

The trial of John Scopes was meant to set an example to the rest of the country, and Scopes was merely a pawn in the court's grand plan to ban evolution from all classrooms across the country.

William Jennings Bryan, a staunch opponent of the theory of evolution, led the prosecution team. Scopes' attorney argued that the ban was unconstitutional, and for the first time, Darwin and the Bible were debated in the courtroom.

The case moved on to the Supreme Court in Tennessee who ultimately dismissed the case.

On March 30, 1981, the world was shocked when shots were fired at President Ronald Reagan. With several shots fired by a man by the name of John Hinckley Jr., one of the shots just missed striking Reagen's heart.

The entire country followed the case closely, heartbroken over this assassination attempt against the country's president. Hinckley's attornies claimed that he was insane, and was acting out of an irrational mind. The defense argued that only a sane man could plan and execute such an attack.

Ultimately, Hinckley was found not guilty by reason of insanity - a decision that infuriated the American public. A study by ABC found the two-thirds of the country wanted Hinckley to be found guilty and sentenced for his crimes.

Charles Lindenbergh was a Famous Aviator

On March 3, 1932, the child of famed aviator Charles Lindenbergh was kidnapped- a crime that gained the attention of the entire country.

The kidnapper left Lindenbergh a ransom note in his child's crib, and with the help of a mediator, Lindenbergh tried to negotiate with the man who took his child. After receiving the ransom, the child was not found until May 12th, when authorities discovered the body of the child hidden in the woods behind Lindenbergh's home.

After tracing the ransom money, authorities were led to the home of Bruno Richard Hauptmann. In July of 1933 Hauptmann was found guilty and sentenced to death by execution.

The Assassination of JFK Shocked America

John F. Kennedy was one of America's most beloved presidents, which is why his assassination was such a shock to the entire country.

Shot three times on November 22, 1963 by Lee Harvey Oswald, it is suspected that Oswald was part of a conspiracy. Two days after being arrested, Oswald was shot and killed by a man named Jack Ruby.

In March of 1964, Jack Ruby was sentenced to death by execution by the electric chair, but the execution was overturned by the Texas Supreme Court. Ruby died from cancer waiting for his second trial.

Brown v. Board of Education 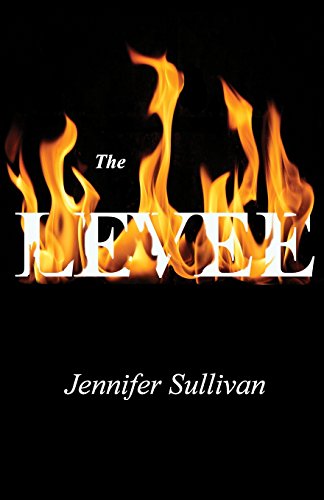 The Trial of George Zimmerman

Trayvon Martin, a 17 year old from Sanford, Florida was shot and killed by Zimmerman on February 26th, 2012. Zimmerman's argument was that he was acting in self defense against Martin, who was wearing a black hoodie and carrying a bag of skittles at the time.

The trial began in June of 2013 and just one month later, Zimmerman was acquitted of the charges. The verdict of the trial caused outrage throughout Florida, as well as the rest of the country.

Zimmerman has continued to have run in's with the law since his murder trial, arrested for domestic violence charges, drunk driving charges, as well as aggrevated assault with a weapon.

Are there any cases on this list you feel strongly about? (please elaborate in the comment section)

One of the most controversial trials of this century was perhaps the Casey Anthony trial, where a mother was being tried for the gruesome murder of her own daughter.

Caylee Anthony was born on August 9th of 2005 and in June of 2008 Caylee went missing, only for her body to be discovered in a plastic bag in December of that year.

Before Caylee's body was found, Casey Anthony had already been charged with the murder of her daughter. Casey was arrested on July 16th, but was released a month later on $500,000 bail.

Eight days after being released, Anthony found herself back in jail - this time for forging checks and stealing a credit card from a friend.

On July 5th the jury found Casey Anthony not guilty of the murder of her daughter Caylee Anthony. She did get charged with four counts of lying to authorities, but was granted time served.

This decision caused uproar everywhere. Because of the mass amount of attention this case garnered, Casey Anthony was encouraged to move into witness protection for her own safety.

The Trial of Chelsea (Bradley) Manning

Bradley Manning served as Private First Class for the U.S. Army until he leaked private information pertaining to the war in Afghanistan, the war in Iraq, as well as a quarter of a million diplomatic cables.

After providing the site WikiLeaks with this information, Manning was charged with espionage, as well as the severest charge, being an enemy of the state. The country was split between Manning supporters who believed that he was heroic for his actions, and those who viewed him as a traitor to his country.

Bradley Manning was tried in 2013, facing 22 different charges, and the trial gained global attention. Although Manning was acquitted of the most serious charge, aiding the enemy, he wound up with a sentence of 35 years in jail.