On May 11th, 1953, a tornado struck downtown Waco, Texas at 4:36 p.m. The tornado was over two city blocks wide. With employees preparing to leave work for the day, they now found themselves crowding into the inner offices of downtown businesses for shelter. Unfortunately, most of the structures in downtown Waco weren't sturdy enough for the impact of the tornado now in their midst. The 22-story ALICO Building was newer and made with steel reinforcements and survived intact.

There were 114 people who died in the Waco area that day and almost 600 were injured. Five of the dead were killed in two cars that were crushed in the street. One of the cars was crushed to only 18 inches tall. Sixty-one of the dead were within one city block between 4th and 5th Streets and Franklin and Austin Avenues.

Bricks and debris from the collapsed structures was piled in the street up to five feet deep. There were survivors who were buried under the rubble for 14 hours and it took several days to uncover some of the dead from the debris.

Further statistics on the damage:

The 1953 Waco Tornado remains tied with the 1902 Goliad Tornado as the deadliest in Texas history and the tenth-deadliest in US history. This storm was one of the primary factors spurring development of a nationwide severe weather warning system. 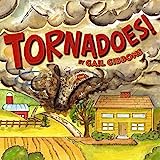 These Are Cool Products-I Own The Pocket Tornado!

Some General Facts About Texas Tornadoes

Most tornadoes in the United States occur along a belt through the Great Plains from Iowa to Texas. They are most frequent in Texas during months of April, May, and June. However, we've had tornado weather in every month of the year.

Some interesting statistics found in the Handbook of Texas Online:

Because of the nature of tornadoes with their twisting funnel tail and incredible strength, it can create an erratic path of destruction. Reports of inexplicable oddities always seem to follow a tornado. Things like: