Directory of American History from 10,000 BC to the Present 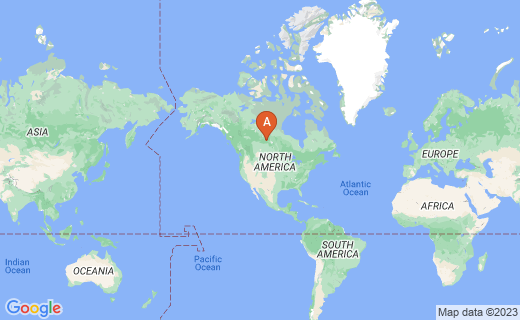 Representative Democracy began on the North American Continent with the Iroquois Confederation many centuries ago, not with the United States of America in the 18th century.

America is, in fact, too young a country to have invented democracy, which began in Greece 1000s of years ago and may have been present in other groups and communities even before that time.

While some may say, "America began on July 4th 1776", the land was inhabited with Indigenous Peoples dating back at least ten or twelve thousands years. Even a percentage of Bible scholars today feel that the Earth is over 6,000 years old and more likely 10-12 thousand years old. We have evidence of even earlier Indigenous Peoples in North America, but specific dates of their commnuties vary according to the researcher discussing them.

What we do know, is that the history of the land called America did not suddenly appear between 1500 - 1776. It should be traced back past the making of the first map of the New World (see the last entry below in this piece) and back through the Indigenous Peoples. That is the foundation upon which American History stands.

One might joke that since the Native Americans are descendants of Asian Peoples, particularly Northern Asians, then the History of America began in China. This is ironic in the early 21st century as America was borrowing large sums of money from China during a recession in 2008 to bail out its banking system in a subprime mortgage crisis. It would seem that American History traveled from China to China in a circle.

This is a history fo the USA/America in reverse order from current events back through time to the making of the first map of the Western World and further back to the Indigenous Peoples that came to North America from around the Subarctic lands around the northern globe around 10,000-12,000 years previously. Other "tribes" may have been present here previous to that, but their history is less clear.

The original Hub on American history was written to fulfill a request from the Hubber known as Prince Maak, asking What is the history of USA?

At the election of Barack Obama to the US Presidency in November of 2008, some said it was the answer to Martin Luther King, Jr.’s Dream, while others declared it was the beginning of a nightmare in which America would become at least a socialist and possibly a communist nation.

No matter the opinion, Mr. Obama was better prepared for and more involved in the planning of his move into Presidential responsibilities than any previous President Elect. People on both sides pointed at his organizing skills in awe. Under his proclaimed hope of Yes We Can, he began to shape a New Nation once again.

Inauguration 2009 - Change For Our Hope

The two terms of US President George W. Bush were controversial and turbulent years, beginning with assertions of rigged elections.

These years embroiled America in two wars: Afghanistan and Iraq and sink her deeper into issues associated with Big Oil, Global Warming, American Health Care, Wall Street, the Auto Industry, and various business scandals such as that of Enron and the reputation of Halliburton. 9/11 is a horror that was blamed on the Federal Administration by many. The disaster of Hurricane Katrina was blamed on them also, as well as on state and local officials.

There were big problems every year - they cannot all be listed here (click to see more). There were positives as well in the eyes of some, even though a few of them may seem negative to others; listed here: Accomplishments of President George W. Bush.

No Child Left Behind (NCLB) did some good, but was not as successful as hoped - it led to cheating at all levels and a responsibility dump on certain classroom teachers where a holistic approach was needed. The Sudan was crying out for help to stop the genocide in that nation and only the churches, doctors & nurses of the US went. The Middle East was still full of war and rumors of war -- A wall even went up. A wall began to rise on the boarder between the US and Mexico as well. It became difficult to cross the Canadian boarder. It became harder to get into the US anywhere for some, while the hunt for the terrorist Osama Bin Laden lasted for the entire 8 years.

At the end came the Banking Bailout by the Federal Government, and a call for a bailout of the Big 3 Auto Makers. Where were the economic and other problems to end? America was deep into recession by the 3rd Quarter of 2008, although a troops surge in Iraq seemed to have brought about some success by that point. The turmoil simply was unending. At least the gasoline prices finally came down from as high as over $4.50/gallon to under $2.00.

The US Electoral College and Election Reform

President Bill Clinton (1993 - 2000) - The first Internet President and the first Baby Boom President. Controversial, but serving American history and society and the world in many ways during and after his two terms in office.

President Ronald Reagan (1981 - 1988) - If you have not seen the film Charlie Wilson's War, look over this Hub and then watch the movie. A covert mission in Afghanistan armed the fighters with major American weapons against the Soviet Union.

John F. Kennedy and the Marilyn Monroe Murders: Did LBJ arrange for the incident that made him President? Be sure to see the films 13 Days and Marilyn Monroe: Murder on Fifth Helena Drive (2014). The evidence at Dealey Plaza has been largely destroyed and most persons of interest are dead.

In less than 50 years, America learned to fly and could have destroyed her own country and the world with the Atomic Bomb.

Japanese and American Media in Propaganda

US History: The Great Depression: America and her Presidents from 1921 - 1935

A Teapot Full of Big Oil: One of America's first oil scandals before the Keystone XL Pipeline corruption. Frank's White City - Chicago and the architesture of Frank Lloyd Wright in America. The Beginnings of American Civilizations

What is the History of USA? -- Introduction -- This article discusses the discovery of North America, the mapping of the continent before the time of Christopher Columbus, and other facts often not found in the classroom.

There Were No Pilgrims or Pie at the 1621 Thanksgiving -- The idea of Pilgrims in black and white clothing was a marketing idea conceived in 1840 by one creative woman and it worked.

Pie Nation and the Uninvited Guests -- America is Apple Pie by symbol, but Thanksgiving in 1621 was very interesting. The pumpkin pudding was good!

US History - The 13 Colonies

US History - The American Revolution

US History - Foundation Documents and Flags

An Odd History of the 4th of July! - Lesser known facts about Independence Day. These pages examine the presence of the first peoples to enter the North and South American Continents, along with Central America and Mexico. Within them are links to specific areas of the Western Hemisphere, including specific countries and US States. These pages include some of the later migrations of South Pacific Peoples into the new nations as well.