Interesting Earth Facts By The Numbers

A Picture of Earth from Space

Seeing Earth from space is a spectacular sight. It is a 4.6 billion year old blue sphere and it appears to be a perfectly round sphere out there, but it is not. The Earth bulges out at its equator by an additional 83 miles compared to the circumference taken from pole to pole. This is a small amount with respect to the circumference taken around the equator, but it is enough to make Earth an imperfect sphere. This bulge occurs because the earth is spinning at an amazing speed of approximately 1,040 miles per hour about its axis at the equator. If you live on or near the equator you are moving around at 1040 miles per hour right now. Our planet is also moving around the sun at an incredible speed of about 67,000 miles per hour and it still takes one year to complete one trip around the sun.

The Comfort Zone Is Why there Is Life Here

Earth as we know it is the only planet in the solar system capable of sustaining life. Life first appeared on Earth as a single cell organism about 3.8 billion years ago. The main reason life exists here because Earth is at the right distance from the nearest star our sun. Earth is approximately 96 million miles or 1 astronomical unit (AU) from the sun and is protected by an atmosphere only about 62 miles thick. Many people do not realize that the light and warmth we receive from the sun takes about 8 minutes to transverse the distance from the sun to the Earth. Another way of looking at this is that when you look up at the sun, with eye protection a course, what you are seeing is what the sun looked like eight minutes ago not what it look like at that moment. The planet only receives about 70 percent of all that light from sun, the other 30 percent is reflected back in space by our protective atmosphere. If all of that sunlight were reaching the ground it would be a lot hotter than what it is now.

Earth has a total land surface of 51.5 million square miles. We know that 29 percent of the Earth’s surface is covered with land and 71 percent is covered with water. On that land surface about 7 billion people are living on it where the population of India and China adding up to 3 billion of that number. The remaining 4 billion are scattered on the rest of the land surface on the planet. There are 116 people living in each square mile of the earth’s surface. For comparison New York has 402 people living in each square mile and China has 365 people living in each square mile. People are living very close in these places. On a typical day 155,000 people die and 358,000 people are born in this world. As you can see, the world’s population will be approaching 8 billion people very soon. In retrospect, the world’s population did not reach 1 billion people until around 1800 and it increased by 3 billion more in the next 174 years. Finally, in the 25-year period from 1974 to 2011, the world’s population grew from 4 billion to 7 billion.

The World's Highest And Lowest Places

Since the Earth is not a smooth sphere, there are low points and high points on the Earth. Everyone knows that Mt. Everest located in Nepal is the highest point at 29,035 feet (5.5 miles) and the Mariana Trench located in the Pacific Ocean is the lowest point, at 36,201 feet (6.9 miles) below sea level. The pressure at that depth is an incredible 15,750 pounds per square inch. At sea level the pressure we feel every day is only 14.7 pounds of air pressing on each square inch of our skin. Amazingly, there are some fishes and shrimps capable of living at that depth under all that pressure without being crushed to death. I know some of you are probably wondering how did they measure this depth. Well, it was originally measured by sonar back in 1872 and in 1960 two men literally went down in a bathyscaphe, a specially designed submarine, to record that depth.

The deepest man-made hole is 40,226 feet (7.6 miles) and is located on Russia’s Kola Peninsula. The goal of this project was to reach the Moho (Mohorovicic Discontinuity) interface where the crust and the mantle intermingle. They never made it due to problems encountered as they went further down. The temperature at the depth they did reached was 356°F.

The temperature at the Earth’s core is an astounding 12,600°F. This temperature is hotter than the sun’s surface. Fortunately, we are protected from this heat by a solid crust that is a mere 25 miles thick. This thickness is only 0.6% of the total distance of 4,025 miles from the Earth’s surface to its center measured at the equator. The edge of the liquid core is about 1,826 miles from the surface. The inner core is a solid because of the tremendous pressure constantly exerted on it. It is still very hot. That distance from the surface to the edge of the inner core is almost equivalent to the distance from New York City to Denver, Colorado. The heat from the core is what causes the movement of the tectonic plates at the Earth’s surface. There are two tectonic plates, the Tongas and Pacific plates, located off the coast of Australia that move 10 inches toward each other ever year. These are the fastest moving plates in the world. One day Australia and South America will be sitting right next to each other, but this will not happen in our lifetime.

860 Languages On One Small Island

Speaking of Australia, there is an island country not too far from it called Papua New Guinea. It is the home to 860 languages. This country is smaller than the state of Texas. 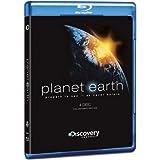 One number that too many people do not pay that much attention to is the angle formed by the tilt of the Earth’s axis. That number is 23.4° and it is responsible for the seasons we experienced on Earth. If the Earth was not tilted, the equator would be extremely hot and the poles would be extremely cold. The world's population would be living mostly along the mid latitudes of Earth to be comfortable. These are the temperate zones.

The Earth was tilted from a collision with another body during the early stage of the formation of the Solar System about 4.8 billion years ago. This collision also created the moon from the region we now call the Atlantic Ocean and put it where it is today at 224,839 miles away. The Earth rotation speed is slowly decreasing due to tidal friction caused by the tides and the moon is slowly moving away from the Earth as a result of the decreasing rotation speed. In time the moon will one day fly off into space if Earth doesn’t meet its demise from the expanding Sun one day. However, the Earth will still have more than 1,300 artificial satellites and more than 20,000 pieces larger than a softball still circling the planet. It will not be alone.