In my long-time studies of Aboriginals around the world, a number of studies of the South Pacific (historically called Oceana) gripped my attention.

The original inhabitants of Tasmania, an island that is now a State of Australia, were present on the island about 30,000 years ago. Exactly to whom they are most closely related is as yet not fully known, as discussed later in this Hub. News in Summer 2015 found that scientists discovered Australian and Tasmanian DNA markers in Native South Americans, adding strength to the notion that canoes or dugouts brought natives across the South Pacific to the New World.

Native Tasmanians - the Aboriginals - were largely massacred between 1803 and 1830, a period of only 27 years.The recorded histories indicate that diseases and white people killed these native people and that Aboriginals throughout Australia and the surrounding region were subject to maltreatment and genocide during the colonization of these locales by whites. 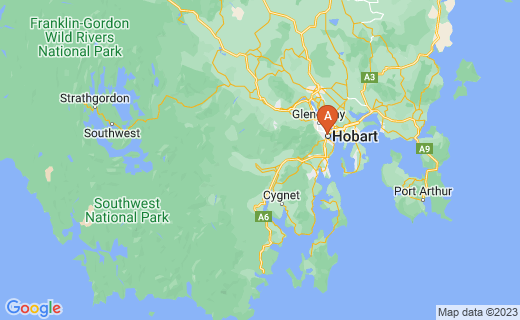 At least 5,000 Native Tasmanians were slaughtered and only 75 to 200 individuals, according to conflicting histories, remained by 1830. An official Australian office of the Protectorate for Aborigines was established as well in 1830, with George A. Robinson as the first official Protector.

A segment of historians feels that this :protectorate" was a trick applied in order to remove the Aboriginals from around Tasmania and send them to Wybalenna Aboriginal Establishment, which is a reservation. Today, the place is an protected Australian National Park.

While some whites intermarried with Tasmanian groups or tribes, the pure-blood natives declined to intermix because of diseases until only one survivor remained. This at first was thought to be Queen Truganinni of the Palawa tribe, born south of Hobart in 1803, the year that early actions of genocide began, She died in 1876 on a native reservation at age 73.

After working for the Protector in Port Phillip, the Queen was sent to live on the reservation on Flinders Island and then to the smaller reservation at Oyster Cove, Tasmania, where only 47 of her people remained alive. She sadly saw the decline of her people in her last years. 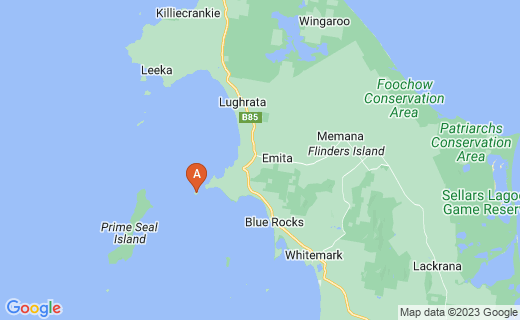 Many white males married Aboriginal females and established communities for seal hunting. Their modern leader is an attorney named Michael Mansell, who claims descent from the Palawa People of Tasmania. Many of these marriages occurred as a result of a lack of white females in Tasmania -- European men stole Aboriginal women to become wives.

Fortunately, Queen Truganini was able to work, but was able to do so for fewer than five years. She functioned well as an assistant to the white explorer and preacher, Reverend George A. Robinson, from 1830 to 1834 or 1835, after he became the government's Aborigine Protector.

However, this queen who had once commanded respect and admiration was also relegated to the native reservations in 1835 after the rest of the remaining local indigenous peoples were rounded up and given English names. This was very sad.

The Queen was the last representative of the Palawa and/or Bruny Tribe located south of Hobart, Tasmania.

At the same time, 20th and 21st century anthropologists feel that they have traced anywhere from 10,000 to 150,000 or more people of partial-Tasmanian heritage. This is also an important part of the work at Monash University in Australia, as well as in other research universities.

It is also important to the Human Genomic Project sponsored by IBM, National Geographic, and The Smithsonian Institution. The last organized group of Aboriginal descendants is the Lia Pootah People.

This is interesting in that the Native Tasmanians were a matrilineal society, in which heritage was traced through the females of a family. When a woman became married in their society, the couple went to live in the general location of the bride's family. In addition, women were permitted more than one husband in what is known as polyandry, and Queen Truganinni may have had five husbands, according to differing oral traditions.

Other Homes of Queen Truganini 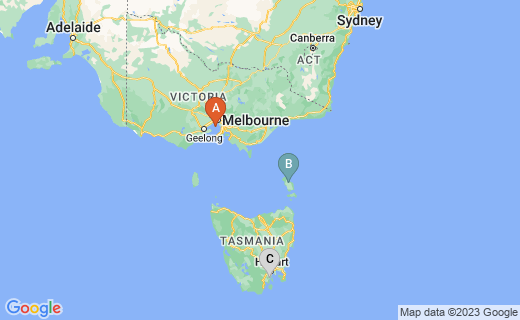 Richard Overell was a contemporary of G.A. Robinson, Aborigine Protector.

By the time Overell was involved in studying native peoples in Tasmania, the fact was clear that Reverend Robinson simply rounded up the Tasmanians and corralled them on a small amount of land, th elast being Oyster Cove. Fanny Smith, after a marriage that produced nearly a dozen children and a career as a boarding house operator, moved her familyh to Oyster Cove voluntarily to be near other remaining family members.

Overell worked in anthropology at Monash University. It was during his research in the mid-century that he discovered Fanny Cochrane Smith, born in 1834 and another full-blooded Native Tasmanian. She lived until 1905 and she was recorded on a wax cylinder in Thomas Edison's labs. She sang traditional songs of hre people in her own language and this is apparently all that is left of those languages today.

Tracing female-lineage DNA markers to match the matrilineal structure of the society, Overell and his successors discovered thousands of people that had been born to full-blooded Tasmanian mothers and white or other-race fathers. Ms. Smith was declared a Full-Blood in 1899 by the British Colony of Tasmania at the age of 65.

Today, researchers are working to determine the actual origins of the Tasmanian Aboriginals. Although their oral histories maintained that they had always been in their homeland, genomic researchers believe that they are closely related to the Melanesians and more distantly related to southern Asian Indians and certain Africans.

The Black War was a siege on the Tasmanian Aboriginals, begun in 1828 and carried on through 1832, two years prior to Fanny Smith's birth.

The blackest part of this war may have been the European diseases brought by the non-native men that settled Tasmania. Like the Native North and South Americans, the Native Tasmanians had no immunity to the "white man's diseases."

These diseases likely include what we term "childhood diseases" today in America, but also small pox, influenza, typhoid fever, typhus, and other infectious diseases.

Blacks, the Black Line and Non-Recognition

As part of the roundup of the remaining Aboriginals, Reverend Robinson gathered every white man able to walk in 1830 (as a reference point, this was during the late Regency Era as defined by Australian histories).

The white men formed a line of people that swept through the Tasman Peninsula to hunt for the "blacks" (Aboriginals). This was after most Aboriginals had already been rounded up, given English names, and forced to wear European clothing. This was also during years when colonial seal hunters, fishermen, and farmers abducted the women.

Robinson's 1830 Black Line did not find many natives, but it frightened the remaining Aboriginals so badly that they surrendered and agreed to live on Flinders Island in the Bass Strait. As they died off, the last of the known natives were shuttled to Oyster Cove. 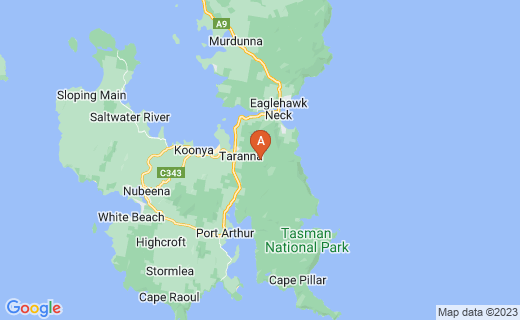 An entry in Charles Darwin's diaries during his visit to Tasmania in 1836 indicates that the remaining Aboriginal Tasmanians were rounded up by necessity, but that their (implied) violent behavior was caused by white intrusion into their lands. He also wrote that the Aboriginals were so black that they looked like the burned tree stumps in the landscape, burned by whites. Further, he wrote that to hunt, they crawled after the wildlife.

Kangaroo Island and the Furneaux Islands 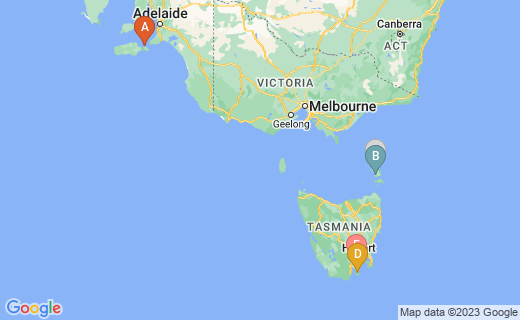 After 1876, the Aboriginals were declared extinct as a political move and to this day, are apparently barred from some voting rights and running for office. Queen Truganini's body was dug up and her skeleton put on display at the Royal Society Museum in Hobart.

The public complained about the display so much over the years that the museum staff took the display down after World War II and stored it in the basement. In 1976, the remains were finally cremated and the ashes scattered by her probable descendants. However, additional remains were later found and sent as well.

At least two full-blooded women outlived the Truganini, having been captured by white seal hunters and taken to Kangaroo Island. Descendants of the Aboriginals live today on the Furneaux Islands southeast off the coast of Adelaide. Like some Native American Nations, these peoples are not recognized as Aboriginals or even as an equivalent of Metis.

The handling of the Tasmanian Aboriginals was and is some of the most cruel and unnecessary in the history of Colonization worldwide.

Sources for the African Connection

A 1920s hair sample reveals Aboriginal Australians' explorer origins as the first descendants of early Africans. They have almost always been in Australia, just as they say they have.

Evidence for the "out of Africa first" theory.