Aliens Have Landed in the Gardens of England

Aliens have landed, literally, they have parachuted in to many parts of the country. They have jumped over garden walls, they have drifted along our waterways, they have followed trains along their tracks, they have attached themselves to animals and to the clothes of humans.

The aliens are so established in many parts of the country that the ordinary tools used by man to eradicate them have proved futile. They have continued to dominate in places where the natives once tenanted, but are no longer there. They are not little green men from Mars but they are akin to the Trifids, these alien plants that have invaded Britain over the last decades, and it is claimed that they are one of the biggest threats to our biodiversity, with head line grabbing stories such as "Japanese Knotweed takes over the country".

How real is the threat ? In many areas where the aliens have been removed, their place has been taken over by native invasive plants such as nettle, bramble and nettle. It is argued by some conservationists that alien species need to be eradicated to protect our countryside. they complain about Japanese knotweed,Fallopia japonica, while ignoring a large bramble thicket situated close by. { brambles, are, to those that oppose spending vast amounts of money trying to eradicate aliens, as the thugs of the British flora}. The same argument has been forwarded in the respect of Himalayan balsam, Impatiens glandulifera, yet ignoring a bed of nettles near by {another "thug"}.

My own opinion of these four examples is as follows--- Japanese knotweed and Himalayan balsam need to be controlled especially when they occur at nature reserves and local beauty spots. For these locations are havens especially when they are situated among urban localities. The Japanese knotweed was introduced by the Victorians as a garden ornamental plant, that escaped over the wall to get established in many areas across the country. It has no natural predators and expensive chemical sprays do little to halt its spread. The rootstock runs deep below the surface and if but a tiny piece is left in the ground after cultivation , then surely a new plant will emerge from it. It has got so prolific in places that talks have taken place about introducing a beetle from Japan that is known to eat the plant. The trouble with this theory is that, are we not introducing another alien species to keep in check another ?.

To the best of my knowledge the Japanese knotweed is not used for any medicinal or culinary purposes in this country. On the other hand the bramble "thug" is a vital habitat for many species for protection and food. it provides pollen and nectar, fruit and aromatic leaves. They are all utilised in medicinal and culinary preparations which are beneficial to man. I rest my case!

The Himalayan balsam is not only invasive { see my hub LOCAL LAKES AN OASIS OF TRANQUILITY }.  They produce lots of nectar that attract bees and other pollinators to their large prominent flowers, leaving smaller native flora less pollinated in that particular region, thus producing less seeds.  the nettle on the other hand is a vital part of the food chain. Insects eat the leaves and lay their eggs on them . When the larvae hatch they also use the nettles foliage as a food plant. The nettle is beneficial to man's health and is employed for culinary purposes.{ see my hub NETTLES JUST A WEED? YOU MUST BE JOKING! } once again I rest my case!.

Are We Going Overboard?

Are we in danger of going overboard in this dislike displayed in many quarters, for non-native flora? In Britian the vast majority of plants that have arrived here by one means or another are fairly benign. examples are the evening primrose ,Onethera erythrosepala and the Oxford ragwort, senecio squalidus.

The alien species can be placed into two groups. High impact plants { as far as the environment is concerned} and low impact plants. Many of the plants that are non-native have been with us for centuries and are now established as being part of the British flora. For instance the Victorians introduced the Rosebay willow herb into their gardens from which the seeds parachuted over the walls and into the general countryside. There are now few localities without this familiar plant among its flora.

However, gout weed or ground elder Aegopodium podagaria has been with us since medieval times where it was utilised as medicinal and culinary purposes. The species is listed on the D.E.F.R.A. list of invasive alien species. It is known that at least 140 non-native species have been here with us for over 500 years. Another 2,000+ have arrived during the last 500years.

There are a large number of aliens that have established themselves in urban situations Rosebay willow herb, Oxford ragwort and pineapple weed are examples, but with exception of the rosebay , not many get established in the wider countryside. If all the species of flora were as rampant as the "head lines " suggests the countryside would look a lot different than it does today. So lets keep a prespective about these invaders and enjoy the countryside with ALL its diverse flora.  below is a tiny sample of high and low impact non-native species.

AQUATIC  aliens that have arrived in our waterways cause the same heated debate among conservationists- but that is for another hub. 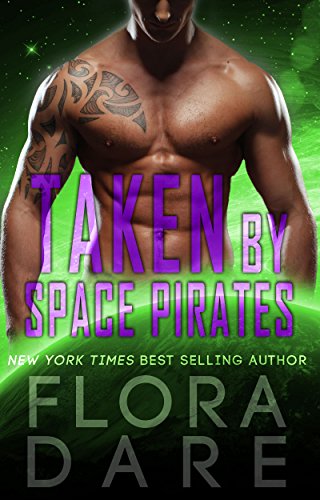