Alder Buckthorn { A study of trees-6}

In this series of articles 'A study of Trees' it is the intention of helping anyone who is not familiar with trees/shrubs to pick up a few helpful hints in the identification of the various species. Many people start their identification progression by the form and colour of their leaves which is an excellent way to begin. However, this is fine in the summer months but of little use when the tree has lost its foliage and settled into its winter dormancy.

Yet every tree has a characteristic[s] that will help to identify the species in in the depths of winter. Here we review the Alder Buckthorn and its close allies. The Alder buckthorn belongs to the order of trees known as the Rosales {rose family} and the family Rhamnaceae within that order. It has been allocated the genus name of Frangula,formerly and sometimes still used in many books,is the genus name of Rhamnus. Frangula frangula is now the excepted name in more modern day uses. It occurs here in the UK in southern England in particular. It is a native to Europe, northern Africa and western Asia. It occurs in Scandinavia,Siberia western China and south to northern Morocco, Turkey and the Caucasus mountains.

Linnaeus described it has Rhamnus frangula in 1753,however, in 1768 Miller gave it the scientific name of Frangula alnus {Alnus being the genus name for the Alder**} and both names are still in use in many books depending upon the author as well as the scientific name previously mentioned.

In America the genus Rhamnus is represented by the Yellow Buckthorn,Evergreen buckthorn and closely related genera. In Minnesota the Department of Natural Resources see the Alder Buckthorn which was introduced to America about 200 years ago, as an ecological threat giving the following reasons.

*-Because they retain their leaves well into the fall they create dense shade to the detriment of ground flora.*-The seeds are said to have a laxative effect on the birds that disperse them.

It is placed on the MDR Restricted noxious weeds list in Minnesota. However, here we review the species as an inhabitant of its native localities. As always we will commence with a description of the subject under review,.

** this species is covered in another of my hubs.

Description of the Alder Buckthorn

The Alder buckthorn is usually encountered as an erect growing bush/shrub from eight to ten feet in height,although in suitable conditions it may well attain the height of twenty feet or more with trunk six inches in diameter.

The bark is dark brown or a smooth ash grey dependent on age,but the inner bark is bright yellow when exposed. The twigs are smooth straight and purple brown in colour and posses fine white streaks.

Shoot and buds of Alder buckthorn

The bright green leaves are oval in shape and vary greatly according to conditions of growth from 2-3 inches { five to seven and a half centimetres} in length. They often have a short abrupt point and are not toothed on the margins.

The principle veins sweep upwards from the mid-vein,in curves,towards the margins on either side and are very prominently shown on the under sides. Across these smaller veins run,enclosing the tissues,which is traversed by a fine network of venules {branches of veins}. The fine autumn colour is a deep yellow or orange,and these tints,commencing sometimes upon the edges of the leaves ,sometimes at their tops,and sometimes on either side,will advance upon the normal hue in an almost endless variety of ways,giving occasion for many beautiful effects of contrast.

The leaves become a dark glossy green above and smooth,paler and often somewhat downy beneath. The leaf stalks are a quarter to half an inch long. The foliage is arranged alternately along the stem,with none opposite to each other.

In botanical parlance the flowers are termed hermaphrodite { male and female reproductive parts contained in the same flower} sometimes referred to as bisexual. They are of a dull yellowish green colour and clustered in group of two to five together. The individual star -shaped flowers are small three to five millimetres in diameter,with five greenish white triangular petals,which appear in May and June. All the parts of the flower {typical of the rose family} are in fives,the calyx and flower stalk are smooth.

The fruit {berries} which succeed the flowers are at first green maturing to a dark purple, almost black, in the autumn. They are about the size of a pea. see the various colour stages in the header photograph. Although this species has been used in herbal medicine the berries are toxic and the sap is considered to be an irritant. All parts may cause severe discomfort if digested.

Despite its name the Alder buckthorn the species has no thorns. There was often confusion from some popular name being given to widely different species of plants and, this is the case in respect of our subject.

What was known among gunpowder producers as 'Dogwood' was in reality this species Rhamnus /Frangula which is quite distinct from the true Dogwood which belong to the genus Cornus,and an entirely different family. Those involved with making explosives the distinction was of utmost importance,Cornus sanguinea was cultivated for the making of gunpowder.

The name of Alder Buckthorn is said to derive from the fact that the foliage is similar in appearance to that of the Alder,and the fact that the two trees are often encountered growing together.However, the Alder is a completely unrelated tree which belongs to the birch family. This species must not be confused with the Blackthorn or the Common Buckthorn.

It has the overall appearance of being less bushy and more tree-like than the Common Buckthorn. Alder buckthorn in the wild thrives in acidic soils,including woodland,wet heath land,bogs and on river banks. It is widespread but it is nowhere common in the UK. Like its relatives the Alder buckthorn in the UK is a food plant for the Brimstone butterfly,whose caterpillars eat the leaves.

In Horticulture the species has been valued as an informal hedge and other cultivated species are grown for the ornamental {But poisonous } fruit they produce in the autumn.

The common or purging Buckthorn, Rhamnus cathartica, is a much branched shrub usually about six feet high but sometimes attaining the height of ten to twelve feet. It is a shrub native to north Africa,the greater part of Europe and north Asia. It has been introduced to North America.

The main stem tends to be erect, the bark smooth of a blackish brown colour,the twigs are ash coloured. The smaller branches normally terminate in a stout thorn or spine which gives rise to the common name.

The leaves occur in small bunches and are stalked,mostly opposite to each other to wards the base of the young shoots though more generally alternate towards the apex. The leaves are of an elongated egg-shape and toothed towards the edges, the young ones tend to adorned with a kind of soft down.

The flowers like the ones of Alder Buckthorn are small and yellowish green in colour and they are succeeded by fruits which are a shining black berry when ripe about the size of a pea. 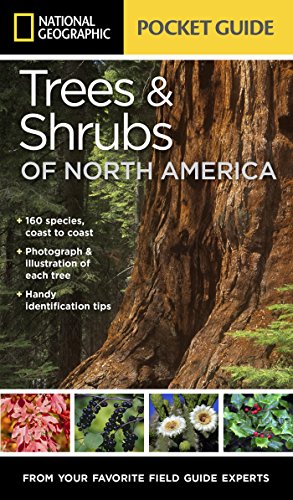